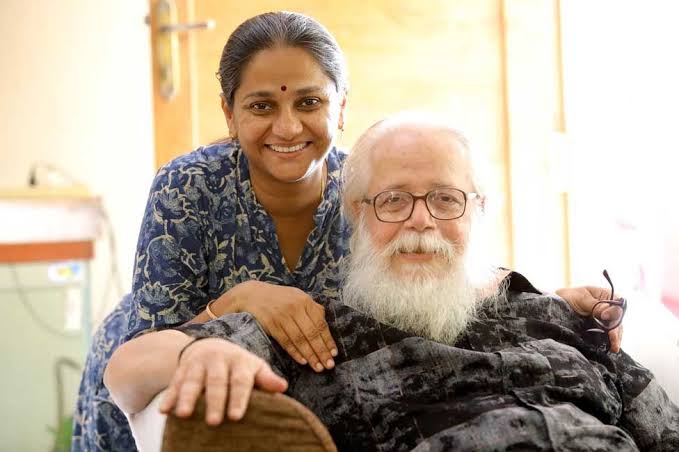 Since its release on June 30, “Rocketry: The Nambi Effect” has gained a lot of attention. The movie, which was produced and directed by R Madhavan, has been dubbed into Hindi, Kannada, Telugu, and Malayalam. Nambi Narayanan, a well-known Indian scientist, is the subject of the film. Nambi and his wife Meena Narayanan have both made headlines since the movie’s premiere. The engineer’s wife has piqued the interest of online users.

In the film, it is shown how Nambi’s life and the lives of his family were impacted by the baseless allegations of espionage. In the film, Meena Narayanan, Nambi Narayanan’s wife, is portrayed by actor Simran Bagga. Here is what we do know about her.

His entire family was devastated by the widespread hatred directed at Nambi as a result of the unfounded claims that he had given Pakistani rocket plans that were stolen from the ISRO.

Meena supported her husband throughout all of the controversy by remaining by his side. She later said that she never once had any doubts about him since she was confident that he was a true patriot who would never act in a way that would harm his nation.

According to reports, Meena was a dedicated believer in God and regularly went to the temple. Nambi, however, was the focus of numerous rumours, so when she visited a temple, the priest declined to give her prasadam. When she got home, she told him that she decided that she wouldn’t be returning to the temple.

The few neighbours who believed in Nambi and helped them in their fight against the system helped Meena and her two children while Nambi was imprisoned for the accusations levelled against him.