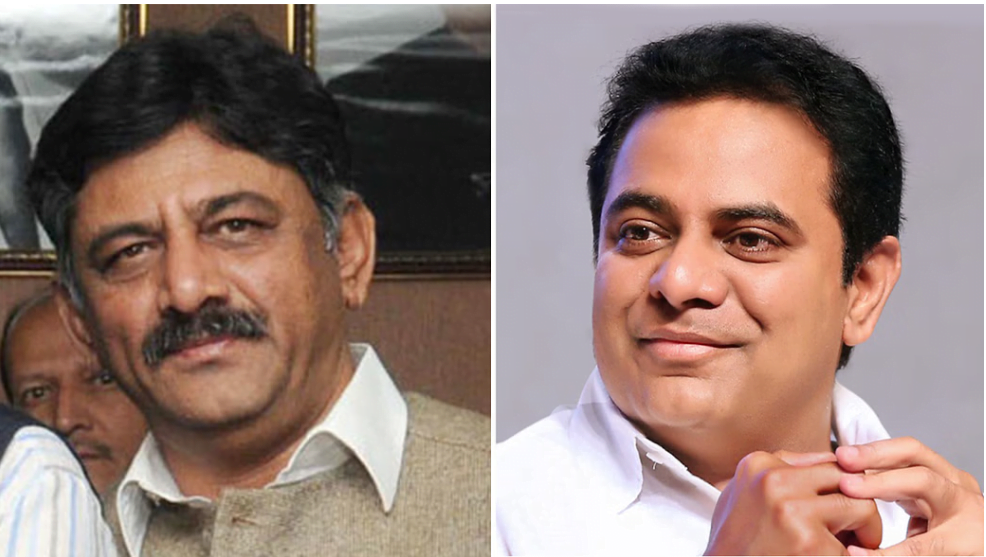 K.T. Rama Rao (KTR), Telangana’s Urban Development and Information Technology Minister, took to Twitter on Monday to say that Bengaluru and Hyderabad should continue to compete in the areas of job creation and infrastructure, but not over “halal and hijab” — comments that come as Karnataka’s hijab row has been amplified to the Supreme Court and Hindutva groups wage a protest against halal meat.

Dear @DKShivakumar Anna, I don’t know much about politics of Karnataka & who will win but challenge accepted👍

Let’s focus on infra, IT&BT, not on Halal & Hijab https://t.co/efUkIzKemT

KTR’s remarks were part of a witty Twitter debate with D.K. Shivakumar, the Karnataka Congress chairman. He was replying to Shivakumar’s earlier prediction that the Congress will retake Karnataka by the end of 2023 and restore Bengaluru’s “glory.” The state’s assembly elections are scheduled for next year.

Last week, Bengaluru-based company entrepreneur Ravish Naresh started the conversation, again via the Twitter platform. Naresh, who is the the co-founder of Khatabook and Housing.com, said that despite paying billions of dollars in taxes, startups in Bengaluru’s Koramangala and HSR areas — both regarded as IT hubs — continued to struggle with infrastructure issues such as potholed roads, unusable footpaths, and an airport that requires three hours to reach during peak traffic.

Telangana’s minister for municipal administration and urban development, industry and commerce, and information technology, KTR, immediately reacted to Naresh, pushing him to consider shifting to Hyderabad, which he said had “better infrastructure” than Bengaluru. Shivakumar’s reply to that was to talk of regaining Bengaluru’s “glory”.

Pack your bags & move to Hyderabad! We have better physical infrastructure & equally good social infrastructure. Our airport is 1 of the best & getting in & out of city is a breeze

This isn’t the first time KTR has promoted Telangana’s capital, Hyderabad, as a better city. When Bengaluru’s law enforcement officials stopped stand-up comedian Munawar Faruqui’s event due to peace and order issues in December last year, the minister slammed the city for “taking comedy too seriously.”

After the Bengaluru Police labelled Faruqui “controversial,” KTR backed him up and invited him and Kunal Kamra, another comedian whose concerts in Bengaluru were cancelled owing to reported threats, to perform in Hyderabad.