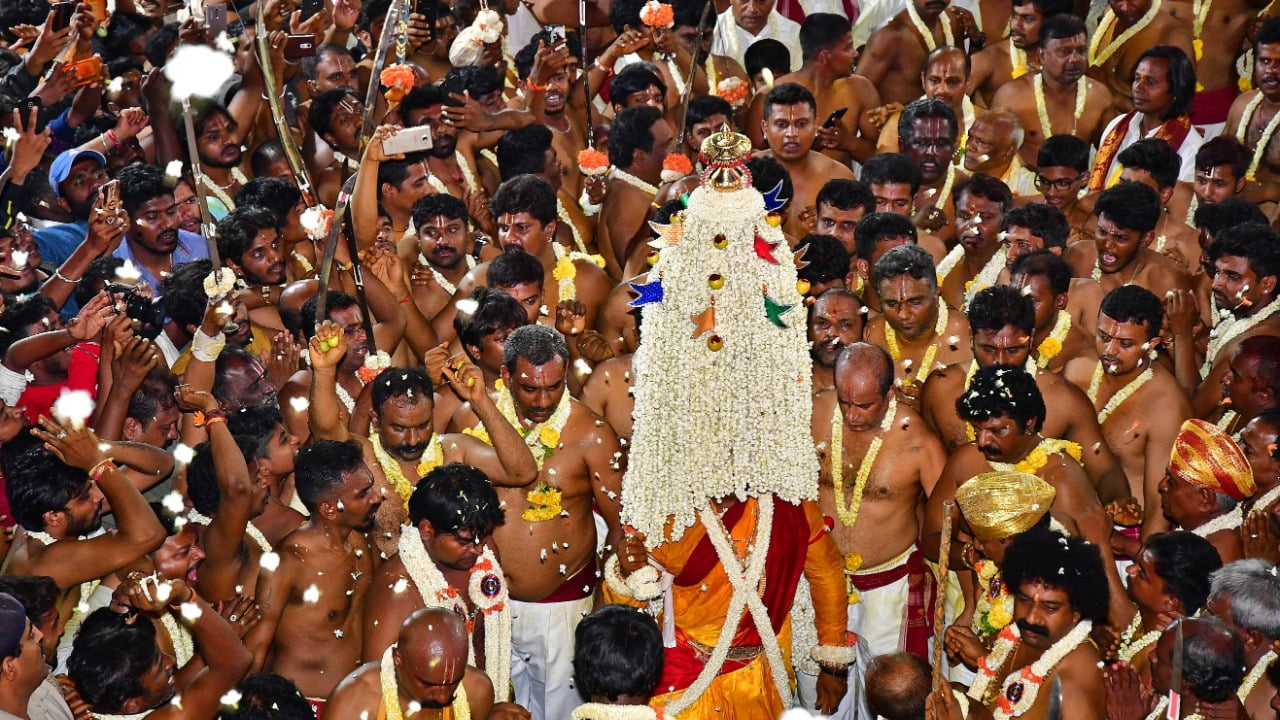 With a legacy spanning over 300 years, the Karaga festival is one of the oldest traditions in the state of Karnataka. It is all set take place from April 8 to April 18 this year, and will conclude with a night-long procession, which was cancelled the prior 2 years owing to the raging COVID cases during the pandemic.

Bengaluru is gearing up to celebrate the annual festival, which has served as a symbol of unity and integrity between Hindus and Muslims.
Despite Karnataka’s communal tensions at the moment, the Karaga Utsava Samithi (Karaga Festival Committee) has said that all traditions would be upheld at the Karaga festival no matter what.

Like every year, even this year #Bengaluru Annual #Karaga will happen with #Muslims fraternity partaking in festival.

Every year Karaga used to enter #Darga & this year same rituals will be followed.

Jnanendra who will be carrying Karaga, took blessing from Muslim fraternity. pic.twitter.com/PMB8BbWI4B

A delegation of Muslim religious leaders and moulvis gathered to the Sri Dharmaraya Swamy temple on Thursday to bless Karaga Utsava Samithi members as part of the celebrations, as is customary. They invited the committee to lead the procession to the Mastaan Saab Dargah in Bengaluru’s Balepet neighbourhood.

Satish, President of the Karaga Utsava Samithi, declared that the event will be held in the same manner as before, with no changes. The procession would march to the Mastaan Saab Dargah in Balepet, as has been the custom for centuries. “Mastaan Saab Dargah’s moulvi had come to the temple and spoken about it,” he explained.

Uday Garudachar, a BJP MLA, has also expressed his support for preserving the Hindu-Muslim unity customs. “The question has surfaced regarding whether the Karaga procession should go to Mastaan Saab dargah or not.   This tradition has been followed for hundreds of years, and it should be maintained,” he remarked.

MLA Garudachar also claimed that as a Hindu, he will participate in the Karaga procession to Mastaan Saab Dargah. The Dargah’s administration is also prepared for the worshipping of the Karaga deity. He went on to say that India is a secular country where no attempt should be made to disturb the peace and unity.

For nine days, the Karaga festival is conducted at Bengaluru’s Shri Dharmarayaswamy temple. On Karaga day, just after sunset, a priest dressed in feminine clothing leads a dazzling parade. Hundreds of thigalars, a warrior community, including youngsters, will march in the parade, their swords blazing. On their heads, women and devotees hold clay pots.

The priest leads the procession while carrying a pyramid bedazzled with flowers. At the Mastaan Saab dargah, the procession pays a visit to the tomb of an 18th century Muslim saint. Every year, the Karaga festival commemorates Draupadi’s homecoming in the guise of Adishakthi.

Due to the high risk element during the pandemic, the Karaga celebrations had been kept low-key for the past two years, with no mass gathering or procession. However, as they prepare to return to a full-fledged celebration this year, this emblem of communal togetherness has arrived at the perfect time. As the state of Karnataka battles with a troubling rift between the Hindu and Muslim populations amid hijab, halal debates, and cries for violence, Bengaluru is gearing up for a celebration that has stood for harmony between these communities for over 300 years.