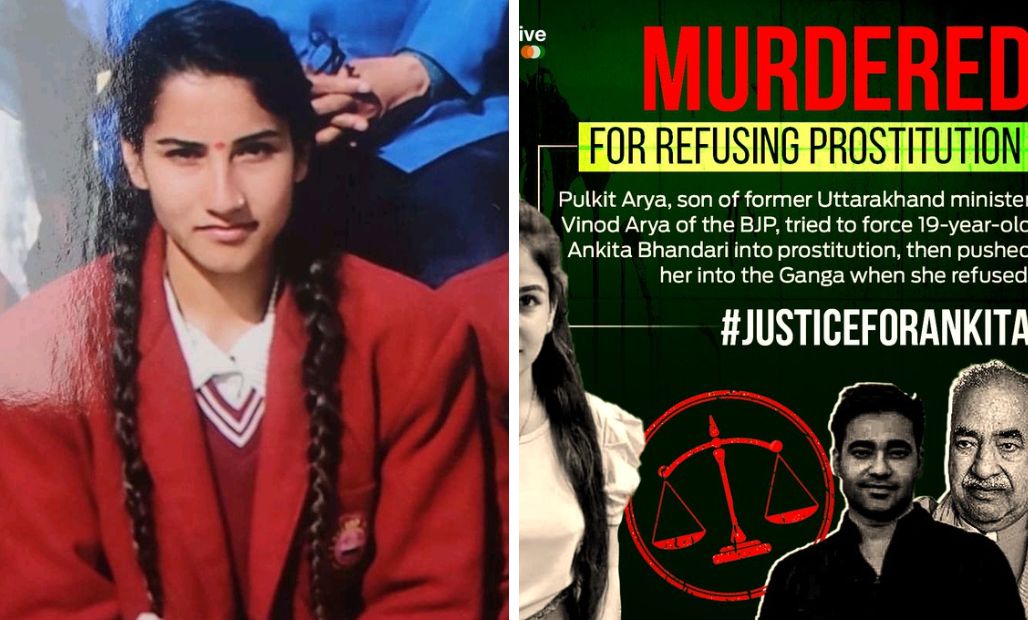 Ankita Bhandari, a receptionist at a resort in Rishikesh, was murdered under unknown circumstances.

The owner of the resort that Anikta worked at, Pulkit Arya, and his two aides brutally murdered the girl and disposed of her body into the Ganges.

One of the three people who have been detained is the son of a former minister for Uttarakhand.

Pulkit Arya, son of former Uttarakhand minister Vinod Arya of the BJP, tried to force 19-year-old Ankita Bhandari into prostitution, then pushed her into the Ganga when she refused.#JUSTICEFORANKITA pic.twitter.com/C5PMUQY6lq

The girl had turned down Arya’s approaches. Additionally, it is said that the Pulkit was pressuring her into prostitution.

Ankita was a native of the Uttarakhand village of Srikot in the Garhwal region. She only just began working at the hotel.

When Bhandari went missing on September 19, Arya and his two accomplices made up a ruse to claim that they were unaware of her disappearance.

A search was however started by the victim’s family and friends when CCTV footage revealed that Bhandari had called her family the night before she disappeared and that there was no reason for her to head out alone.

According to sources, Arya has admitted to the crime.

She was our classmate, we all had passed 12th together. Today it is heart breaking to see her in such condition.

A modest girl from the village of pauri garhwal has been murdered by the son of a ruling party politician and no media coverage, no step is being taken yet.

In this article:#JusticeForAnkita, communalism, jharkhand, misogyny