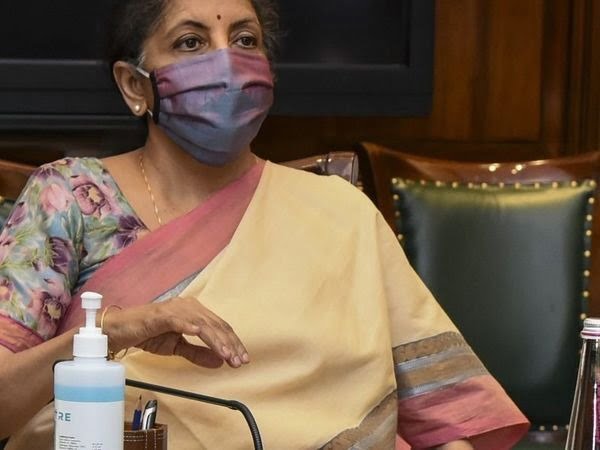 After a meeting of the #GST council on 20th August (Thursday), Union Finance Minister #NirmalaSitharaman said that COVID 19 pandemic was “an act of God’ which affected the GST collections. She said “This year we are facing an extraordinary situation. We are facing an act of God where we may even see a contraction”. She also said that the centre has released over INR 1.65 lakh crore as GST compensation to states for fiscal year 2020, including INR 13,806 crore for March even as the cess collected for the same was only INR 95,444 crore.

The meeting was conducted as the states started exerting pressure on the Centre seeking compensation for revenue shortfall due to the pandemic. It has become difficult for the Centre to compensate this amount as the immediate #lockdown led to an Economic crisis. However, they have now offered two options in front of the states. Under the first option, INR 97,000 crore which the amount due to the states can be borrowed from the RBI. Under the second option, the entire amount of revenue shortfall, INR 2.35 lakh crore can be borrowed from them.

Under the first option, an amount of Rs 97,000 crore or the amount due to the states as GST compensation could be borrowed from the #RBI. And, the second option is to borrow the entire amount of revenue shortfall of Rs 2.35 lakh crore. While the states ruled by the opposition parties are demanding that the Centre has a statutory obligation to pay dues to the states, the centre claims that if there is a shortfall in tax collections, there is no such obligation.

Why are the states demanding the Centre to pay the compensation? When GST came to force on 1st July 2017, the states were guaranteed payment for loss of revenue in the first five years since then will be made under the law responsible for Goods and Services Tax (GST). If the revenue falls below 14%, the states were promised to be paid compensation until 2022.

Now that Ms Sitharaman has declared that the GST revenue shortfall was an “act of god”, let us recall what qualifies as the same. Any natural hazard, which isn’t under the control of human beings, for which no person can be held responsible is called as an Act of god.

This has given rise to the questions if the GST revenue shortfall really is an act of god, considering the fact that Indian economy has been in a bad shape since #demonetisation in 2016 and the introduction of #GST in 2017.

When the GST was introduced in 2017, it was expected that the tax collected would be more than INR 1 lakh crore every month. But as of December 2019, out of 30 months, only 9 months had crossed this mark. Only during 2018-19, the taxes almost reached the mark as INR 11.77 lakh crore was collected. In December 2018, the revenue target was revised to INR 1.1 lakh crore per month.

By December 2019, the Centre had already found out that in the fiscal year of 2019-20, the revenue wasn’t even touching the INR 1 lakh crore target. It was already understood that it would be difficult to compensate for the states’ #GST shortfalls. Several states including Punjab and Kerala were accusing the Centre of not paying its due to their states since August of the year. Ms Sitharaman had then said that the delay was due to not being able to collect the expected amount of revenue to compensate the states. She had also promised that the Centre would keep its word.

Another factor which added to the worries of the states by this point was the 15th Finance Commission headed by NK Singh. The commission had asked the states in September 2019 to consider a lower GST compensation rate. The states turned down the request and also asked for the compensation to continue till 2025. However, when the commission submitted its reports in December of the same year, they had recommended that the tax share of the states which was at 42% be reduced to 41% in the fiscal year of 2020-21.

In an article published on the New Indian Express in January 2020, Ashwani Mahajan, an associate professor of Economics at PGDAV college had said that the loss of revenue in GST was a major cause of concern and had to be dealt with sternly and the failure of which might land the country in major crisis.

Thus it is safe to state that the Centre was well aware of the problems they are going to be posed with in the fiscal year of 2020-21, well beforehand.

So, when the whole world, including India was forced to shut down due to the #COVID 19 virus, to an economy which was already in the shambles, the crisis worsened. The already existing demand depression, unemployment problems, low industrial outputs and profits which were happening for quite a few quarters grew bigger.

Now, as you wonder if the revenue shortfall is an act of god, you can head to Twitter to see some amusing memes on the same subject.