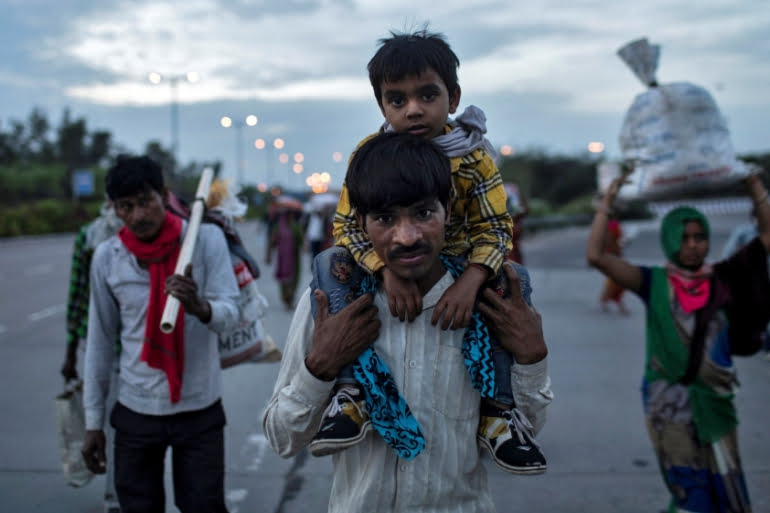 The pandemic has affected the economic stability of India to an unimaginable level. From the 1st day of lockdown to entering the 2nd wave and terrified to encounter the 3rd wave, the loop has been devastating. In these tough times, various crucial elements of the nation have come to a standstill or constantly drowning like the economy of India.

The key elements of an economy are comprised of Employment, Consumption Expenditure, and Public Spending. All these components have shown negative graphs as India has recorded its lowest economic growth in over a decade. Subsequently, creating an alarming situation for the country. Be it the increasing Unemployment or constantly drowning consumption expenditure or the public spending on developments, where the graph became motionless.

Recently, a report prepared by the Centre for Sustainable Employment at Azim Premji University (APU) has manifested the disastrous situation of employment and income of people in the nation. It has shown many calamitous results with the increase in the covid cases. One of the reports, titled “State of Working India 2021–One year of Covid-19”, was released on May 5, which highlights the no. of women who lost their employment, and the numbers are much more than men. Further, it also showed an increasing no. of formal salaried workers, moving to informal work, and how the households lost the track of their income during the lockdown and came under high debts.

The report also revealed an addition of 230 million individuals earning less than the national minimum wage. At present, 60 percent of India’s population, or about 812 million people, live below that poverty line. It records that the country has experienced the “longest economic slowdown since 1991”. The ‘workforce participation rate’ and ‘average monthly income per capita’ remained below pre-Covid levels. Analyzing a bit deeper, the reports also presented that Haryana, Delhi, Uttar Pradesh, Maharashtra, Kerala, and Tamil Nadu had more than a proportionate loss of jobs.

These factors “set us up for very large structural vulnerabilities” and “that is why the impact was so huge on livelihood – especially in fields of petty trade, construction, and transport,” said Amit Basole, presenter of the report. He also added, that there was no social protection available to the employees, as a result, the poorest were hit the hardest. It includes the self-employed and casual workers, who constitute 45% of total urban employment. “The second wave is going to make things worse,” said Basole, and that can be encountered by everyone now.

As an individual one can take the teachings from 2020 like, who was impacted and how? What worked and what didn’t? What should be the way forward? Inspecting all these will help us stay strong and fight the upcoming crisis.

And the Central Government should also inspect the part they are lacking in and should take the correct measures because the country is not in a position to take more economic crisis. People are already dying from the virus and we cannot afford to lose more life due to the economic turmoil.