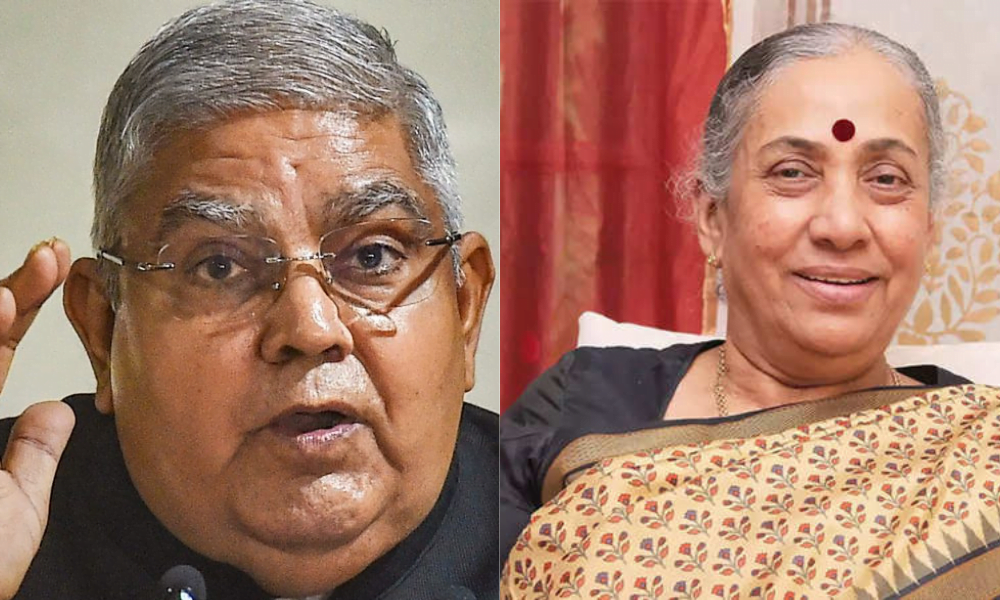 The 15th Indian presidential election took place on the 18th of July, 2022. Ms. Droupadi Murmu won the elections in which the members of the electoral college were involved.

Jagdeep Dhankhar and Margaret Alva are the candidates representing the NDA and UPA alliances, respectively. The electoral college consists of a total of 788 members from both houses of parliament.

The opposition announced the former Union Minister, Margaret Alva as their vice presidential candidate on 17 July, 2022.

Ms. Alva has been in the Indian Parliament for five terms. Besides, given her political and administerial acumen, she has served as the Governor of the states like Gujarat, Rajasthan, Uttarakhand, and Goa. From 1984-85, Margaret Alva served as the Union Minister of Parliamentary Affairs, Youth and Sports, women and child development, and science and technology.

Born in the year 1942, Alva is a Mangalorean Christian. She completed her college education in Bangalore city. Margaret Alva was known to be a fiery speaker and a passionate activist in her college days. On a professional front, Alva worked as an advocate with welfare organisations.

Margaret Alva got married at the age of 22 to Niranjan Thomas Alva, whose parents later influenced her entry into politics. In the early stages of her career, Margaret sided with the Indira faction of the Congress. She later went on to serve as a joint secretary of the All India Congress Committee during the period of emergency, i.e, 1975-1977. For the next two years, she served as the General Secretary of the KPCC.

Margaret Alva spent the majority of her days in the Indian parliament as a member of the Upper House. Alva was elected to the Rajya Sabha in 1974, and she went on to serve in that position for the further three terms. Meanwhile, she served as a Union Minister in the Indian Government.

Margaret Alva is known to be one of the most decorated Governors of the Indian states. In the year 2009, she became the first female Governor of the state of Uttarakhand. She later served in that position for several other states.

The victory of the NDA candidate Jagdeep Dhankhar, who was born in a Hindu Jat family, seems like a mere formality given the structure of the electoral college.

Dhankhar was born in 1952. He hails from a small village named Jhunjhunu in the state of Rajasthan. Jagdeep Dhankhar completed his scholastic education at a Sainik School in Chittorgarh. He later earned a degree in LLB from the University of Rajasthan, Jaipur.

Dhankar enrolled as an Advocate in the year 1979. Having practiced in the Supreme Court of India, Jagdeep Dhankhar has appeared in several High Courts in the country. In 2016, the NDA candidate appeared in the famous Sutlej River water dispute, wherein he argued on behalf of the state of Haryana.

Jagdeep Dhankhar formally entered electoral politics in 1989, when he represented Jhunjhunu in the parliament. Dhankar was a part of the Janata Dal. Later in the 1993 Rajasthan Legislative Assembly elections, Jagdeep won the contest from Kishangarh.