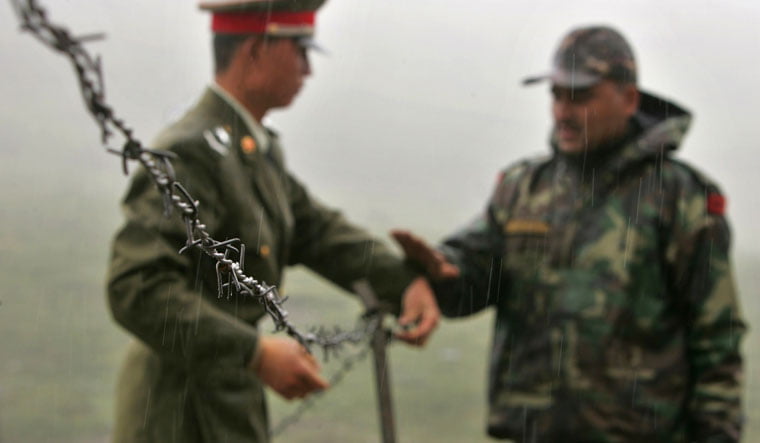 China’s decision to want to end the standoff in Ladakh is most welcome, but that doesn’t mean that India needs to relax and lower their defenses.

Rajnath Singh on Thursday, 11 February, 2021 gave out a statement saying that, according to the statement issued by the Chinese Defence Ministry a day before, troops from both the sides have begun disengaging from easrtern Ladakh’s Pangong Tso area.

Currently, the disengagement process appears to be restricted toward the north and south banks of Pangong Tso.

Sources in the security establishment have referenced that the process has started with the pulling back of specific sections of tanks from the south bank region by both sides. Right now, there is no pullback of troops from the friction points and the heights they are positioned on. That will occur in a staged and verified manner.

Since Tuesday, the ground commanders have begun meeting to sort out the nitty-gritty of the process.

Following 10 months of a tense standoff at the Line Line of Actual Control in Eastern Ladakh, an agreement between the two countries – India and China, for an initial disengagement of troops from forward territories in the north and south banks of Pangong Tso area should enable the two sides to step back enough for a more clearer vision on the subsequent steps towards full status quo ante, that is to the military positions that existed before April 2020. The agreement has come after nine rounds of significant, high-level talks. In this time, China, whose actions and activities between April and May 2020, set off the emergency that threatened to destabilise the whole region appears to have acknowledged that whatever military objectives it may have had towards the beginning, the price of accomplishing them would be heavier than it had maybe estimated. The Indian decision to capture the heights on the southern bank of Pangong Tso gave it a strategic advantage and caught the People’s Liberation Army off guard. Furthermore, the solid message from India that it cannot be business like the same old thing, after China’s decision to violate and disregard all the bilateral agreements on maintaining harmony, and peace at the border, including the decision to boycott Chinese companies and examine Chinese investment, no doubt played a role in disincentivizing Chinese adventurism at the LAC.

The motioning from the Chinese side at the end of the eight round of talks for disengagement gave the earliest hints that, in marked differentiation to its usual grating posturing with neighbours with whom it has boundary issues, Beijing was eager to step back from a military crisis of its making. As the two sides pull back their troops in a synchronised way, the state of mind ought to one of sober and guarded optimism. It should be recollected that the Galwan conflict, in which India lost 20 soldiers, occurred immediately after an agreement to disengage. The timing of the disengagement, after the thaw has set in, is itself astonishing. Trust between the two sides is at such a low ebb that India really cannot afford to drop its guard. The lesson from Doklam is that verification will be pivotal to this process.

The Indian Express reported, that the Defence Minister Rajnath Singh was clear in his statement in the Rajya Sabha that while the agreement would “substantially restore the situation” to that existing prior to the standoff, there remain “outstanding issues” identifying with patrolling and deployment at other friction points in eastern Ladakh, and that these would be taken up with the Chinese side in further conversations. In spite of the fact that the minister did not determine the issues, the key to Chinese intentions lies in the Depsang Plains, where it has prevented the Indian Army from accessing a bunch of patrolling points. The process of returning to full status quo ante will be a long one and scattered with political and military pitfalls. Normalising bilateral ties with China after this impairing episode will demand significantly even more prominent resolve.