Growing international emphasis has been placed on and momentum has grown for the shift to a digital economy ever since the Covid-19 Pandemic’s significant adverse effects. 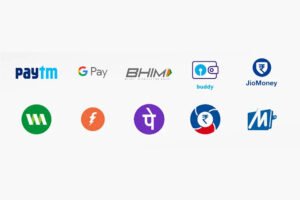 The transition to a new cashless digital economy has substantially intensified world – wide thanks to these emerging issues and the pre-existing technological mission.

India has benefited immensely from the Unified Payments Interface (UPI), which has helped it stay up with these international goals and set a global benchmark for building a national digital payments infrastructure.

The Unified Payments Interface has many advantages, one of which is that it makes it easier and more convenient for the average Indian to use financial services, including more online banking services.

UPI offers a low-cost, safe, dependable, mobile-first, open-source, instant channel to support money transactions and transfers by taking use of the increased access to mobile phones and smartphones among the Indian population today.

It is incredibly effective at lowering costs for obtaining and issuing payments infrastructure by employing mobile devices rather than actual credit or debit cards.

Being a real-time payment system that enables peer-to-peer inter-bank transactions with a few clicks, the entry of your UPI PIN gives it an advantage over conventional payment systems.

Today, India’s UPI is the most advanced payment system in the world, significantly surpassing those used in many other wealthy countries.

The significance of UPI can be understood by the prediction that by 2026, more than 70% of all transactions will take place via UPI, increasing India’s GDP growth by 1.12%. UPI still has a miles to go, and the adventure has only just started.