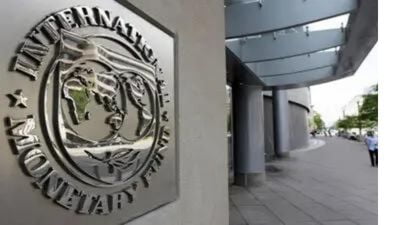 The IMF expects India’s inflation rate to come down to the 4 percent range in the next financial year with additional monetary tightening from being above the Reserve Bank’s target of 6.9 percent. Projecting the growth, IMF said that this will be the weakest growth since 2001, except for the global financial crisis and the acute phase of the pandemic. It said that the world’s largest economies US, China, and the Euro area will continue to stall. Daniel Leigh, the IMF’s head of World Economic Studies Division, said at a news conference on Tuesday, “We do expect that inflation will come back into the inflation tolerance band 4 percent in the fiscal year 2023-2024, and additional monetary tightening is going to ensure that that happens.”

The IMF expects that inflation in India will come down to the 4 percent range next year. It said that global inflation will likely peak at 9.5 percent this year before slowing to 4.1 percent by 2024. The IMF also warned that a major economic slump is yet to come, and 2023 will feel like a recession to many people.

IMF’s chief economist Pierre-Olivier Gourinchas said, “Inflation is still above the central bank target in India at 6.9 percent (that) were projected for this year and coming down to 5.1 percent”.

According to the RBI Act, the Monetary Policy Committee (MPC) of RBI has a 4 percent inflation target, with a variation of 2% on either side. It is seen as a failure of RBI if average inflation stays beyond the 2-6% range for three consecutive quarters. CPI inflation for the Jan-March and April-June was over 6% and the Jul-Sep quarters is not likely to be an exception. According to the IMF, the high-interest rate was contributing to slower growth in the US, the rising energy prices in Europe and the Zero Covid policy in China where lockdowns are still being imposed in some regions and the crisis in the property sector.

Krishna Srinivasan, director of Asia and Pacific Department at IMF, said just look at the global conjuncture right now, which is the overarching problem. “The growth was slowing across many parts of the world even as inflation is rising. We expect countries accounting for 1/3 of the global economy to go into a recession this year or the next. And inflation is rampant. So that is the overarching story,” Srinivasan said, while adding, “Almost every country is slowing. In that context, India is doing better and is in a relative bright spot compared to the other countries in the region.”

India has done phenomenally on digitalization, Srinivasan said. “If you look at the digital public infrastructure in India, it’s quite amazing. You can leverage digitalization to address many things, both short term and long term to have, to boost growth, both in the near term and over the longer term,” he added.

Opening up sectors for greater foreign investment would be good. “What we’ve seen is in the initial phase of the crisis, you had capital going out of India, and then now it’s coming back, trying to attract equity capital in FDI that would be very good. That will boost things,” he added.

“I have said earlier we are expecting to come down closer to the target [4% CPI inflation] over a two-year cycle. That is our expectation even now. But there are so many uncertainties they are playing from time to time,” RBI governor Shaktikanta Das said during the post-policy interaction on Friday.

India is also facing large pressures on the external account because oil prices have gone up. Current account deficits are widening. There are certain reforms which need to be done from a longer-term perspective: agricultural reform, land reform, labor reform. They did go ahead with agricultural reform. It didn’t kind of pan out, same thing with land reform. But these need to continue. You have to keep the momentum going all that will improve your business environment, as was pointed out by some economic experts.

In this article:IMF, inflation, RBI, recession