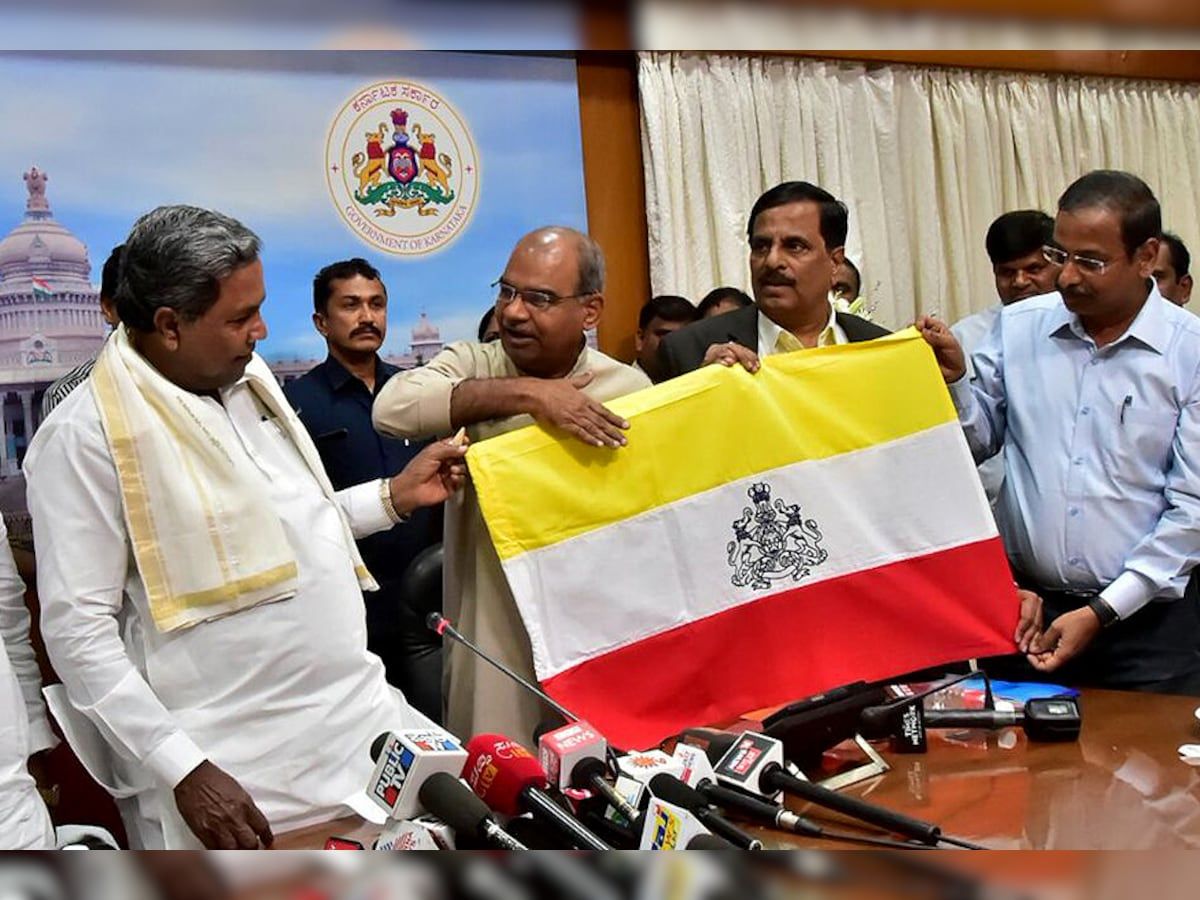 The flag of Karnataka, symbolizes both Kannada language as well as the state of Karnataka. The Kannada flag is a tri coloured flag. The tricolor flag in red, white and yellow has the state emblem of a two-headed mythical bird called “Ganda Bherunda” in the middle. The unveiling of the flag was seen as part of the Kannada identity assertions in Karnataka. The state had recently witnessed huge protests over Hindi imposition by the Centre. The then Chief Minister Siddaramaiah had ordered removal of Hindi signage from Bengaluru Metro. He had also taken several measures to uphold the primacy of Kannada in Karnataka.

The Congress government in Karnataka formed a committee in July 2017 to pick a state flag, saying it was a demand from its citizens. A nine-member committee, consisting of bureaucrats and scholars, was set up to look into the legality of the issue and come up with designs.

After unveiling the flag, Siddaramaiah said, “Kannada flag is not unconstitutional. It is not barred by the Constitution. The only thing is we have to hoist it below the national flag, which we will anyway do. We will send the design to the Centre. Hope they approve it. There has been a long pending demand for it. I am happy that we finally have a Kannada Baavuta.

The red and yellow flag, created by Kannada writer and activist Ma Ramamurthy for a pro-Kannada political party called the Kannada Paksha, had an unofficial status of state flag since the mid 1960s. The flag has now been virtually adopted by pro-Kannada activists as a symbol of state pride. The yellow and red colors in the flag represent Arrishna (Turmeric) and Kumkuma (Vermilion) which symbolize auspiciousness and well-being of the Karnataka state and Kannada people.The yellow stands for forgiveness, white for peace, and red for bravery. The ‘gandabherunda’ is considered to be a symbol of the Mysore kingdom, and was seen as early as 1510 on coins from the Vijayanagara empire. 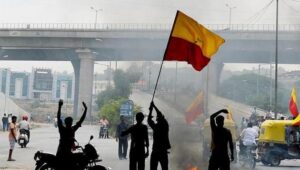 The flag, which is prominently hoisted on the occasion of Karnataka Rajyotsava celebrated on November 1 as the state’s Formation Day, is a common sight at public places. The flag gained popularity after famous Kannada actor RajKumar waved the flag in a very popular Kannada song.

In 2014, Patil Puttappa, a 96-year-old veteran journalist and Kannada activist, along with others approached the Karnataka government, demanding a separate official flag for the state. The issue drew attention again when the Karnataka government constituted a panel, the move which is being seen as an effort by Congress-led government to woo pro-Kannada vote bank. The BJP is not in favor of having a separate flag for the state. The saffron party, however, did flip-flop on the issue.

In 2012, BJP-led Karnataka government accorded official status to the Karnataka flag or the red and yellow flag through a notification.  However, the BJP-government changed its stand during the hearing of  a case. During the hearing of the case, when the then Chief Justice of Karnataka High Court, Vikramajit Sen, raised questions on the legality of states having their own flags, the BJP-government then said it would not make it mandatory to fly the state flag and later withdrew the notification. The BJP had then taken the stand that a state flag would be against the unity and integrity of the nation.