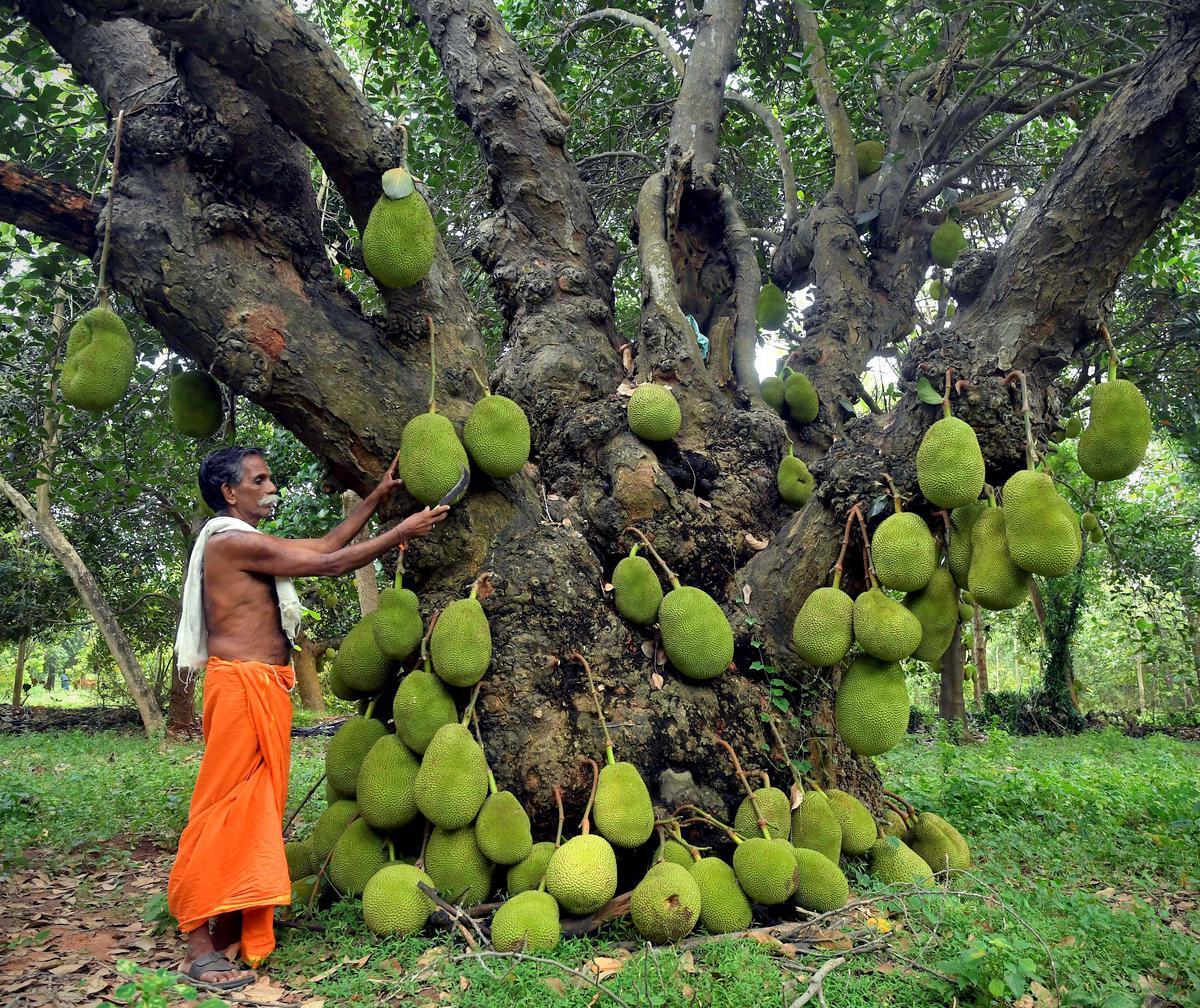 When one enters the town of Panruti in the Cuddalore district of north Tamil Nadu, they are greeted by the sight of enormous jackfruits. The smell of the fruit hijacks the air and makes the person’s mouth water. The fruit is the pride of every market roadside stall and the heady aroma of the fruit wafts from every home. 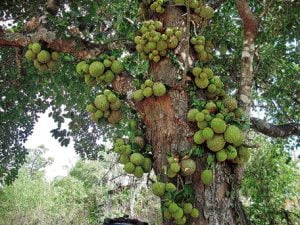 Panruti is home to the largest area under jackfruit in Tamil Nadu; more than 800 hectares in the district are used to grow the fruit. It is also the only place in India where the fruit is grown as a mono-crop (i.e. only one crop is grown throughout the year). Each tree yields around 150-250 fruits per season and the town has an annual production capacity of 45,000 to 50,000 metric tonnes.

The state fruit of Tamil Nadu has a historical connection with Panruti. According to a report in the Gazetteer of South Arcot in 1906, the region has been historically growing and trading cashew and jackfruit tremendously. This has improved the economic value of the region.

A Government Advocate, P. Sanjai Gandhi, has filed for a Geographical Indicator (GI) tag for the Panruti variety of jackfruit. He had applied for the GI tag on the behalf of the Maligampattu Farmer Producer Association. He says, “The carpals of the jackfruit are thick, long and extra sweet. The Panruti jackfruits have cream-coloured bulbous pulps, with thick flesh and fibrous interior. The pulp remains fresh and maintains a consistency in its texture for long, compared with the fruits from other areas where the flesh remains thin and starts deteriorating.”

These jackfruits are also known for their huge size with each fruit weighing 7 to 40 kgs. Not only the fruit is produced during the bearing season (March-June) but even during the off-season (October-December).

Although the fruit is grown enormous in Tamil Nadu, farmers are not keen to produce value-added products like it is made in Kerala.

Mr Ramaswamy, the president of Maligampattu Farmer Producer Organisation, says, “Only a few in Panruti make value-added products like jackfruit powder. Though the fruit is available throughout the year, the demand for such products is poor. GI tagging of the fruit would ensure good returns to farmers and spread awareness of the value-added products.” 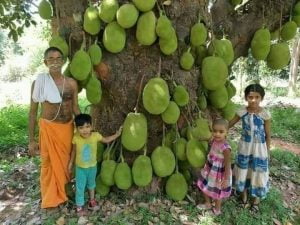 The harvested fruits have a huge demand in Chennai, Mumbai, Pune, Bengaluru and overseas.

In this article:farming, jackfruit, TamilNadu