Highlights of the Economic Survey 2020-21 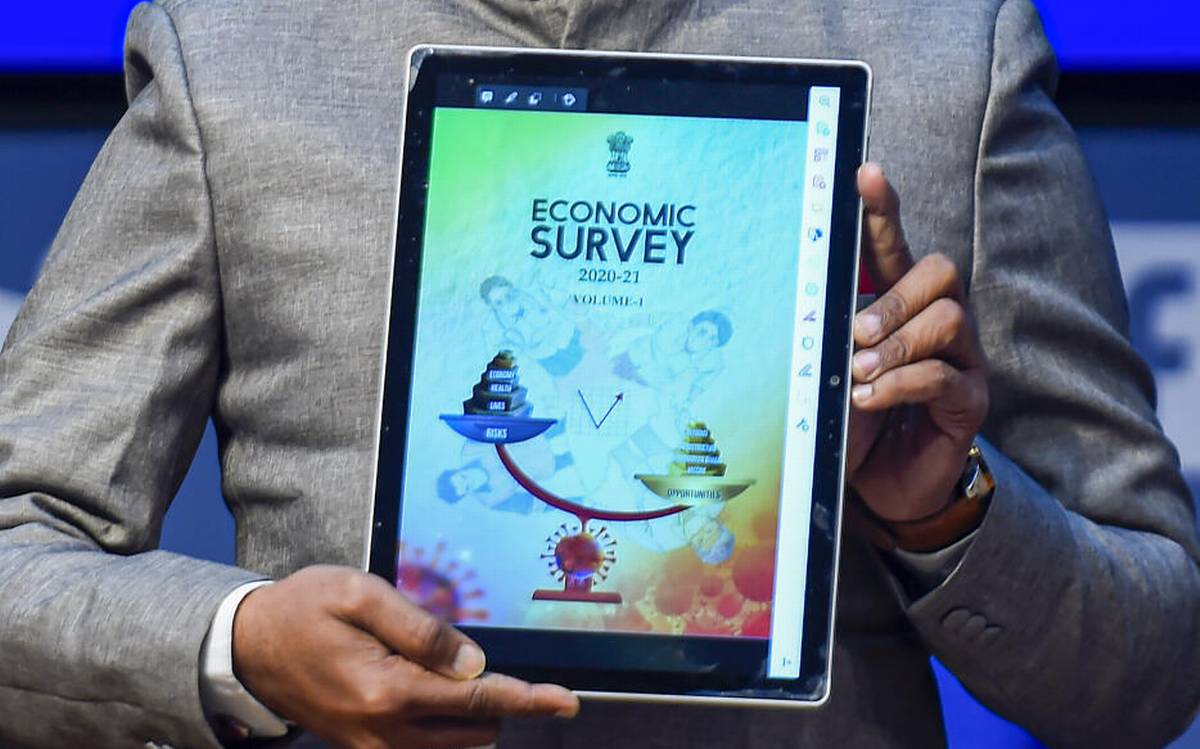 Ahead of the Budget presentation for the fiscal year of 2021 on February 1s , Finance Minister Nirmala Sitaraman on Friday, presented the Economic Survey that reviewed the economic progress of the country during the 2020-21 fiscal year. The Economic Survey authored by a team led by chief economic advisor Krishnamurthy Venkata Subramanian, recorded the impact of COVID-19 on the Indian economy and the recovery of the same. The survey has also projected India’s gross domestic product growth for 2021-22.

The Economic Survey which was first presented in the year 1950-51, discusses major fiscal developments, macroeconomic factors, inflation, and other economic factors. The document also highlights the impact of agriculture, climate change, and employment on the economy of the country. Until 1964, it was presented along with the Union Budget, but later it was disjointed from the Union Budget to give a better understanding of the budget proposals.

The survey of 2021 studies the effects of COVID-19 on the economy and have made observations based on the same. It suggests that the economy could contract 7.7 per cent in the financial year that ends on March 31 and was pulled down mainly by the coronavirus pandemic and the weeks-long nationwide lockdown to contain the disease.

The survey, which is a flagship document of the finance ministry clearly states that the initial stringent lockdown was critical in saving lives as well as the economy of India. The increased government consumption and the mega vaccination drives has helped the nation to recover from the economic blow that resulted from the pandemic. The survey concludes that the “contraction this year reflects the ‘once in a century crisis’ unleashed by the pandemic and associated public health measures”. The survey which is a precursor of the union budget, is often considered while allocating budget to different sectors. Unlike the past years, this year the survey holds significance as it has been prepared in the backdrop of a most unusual macroeconomic context, which includes the sharpest contraction India has seen since Independence and the chance for the budget to reflect the analysis of the survey is high.

Union Budget 2021: What To Expect Tomorrow