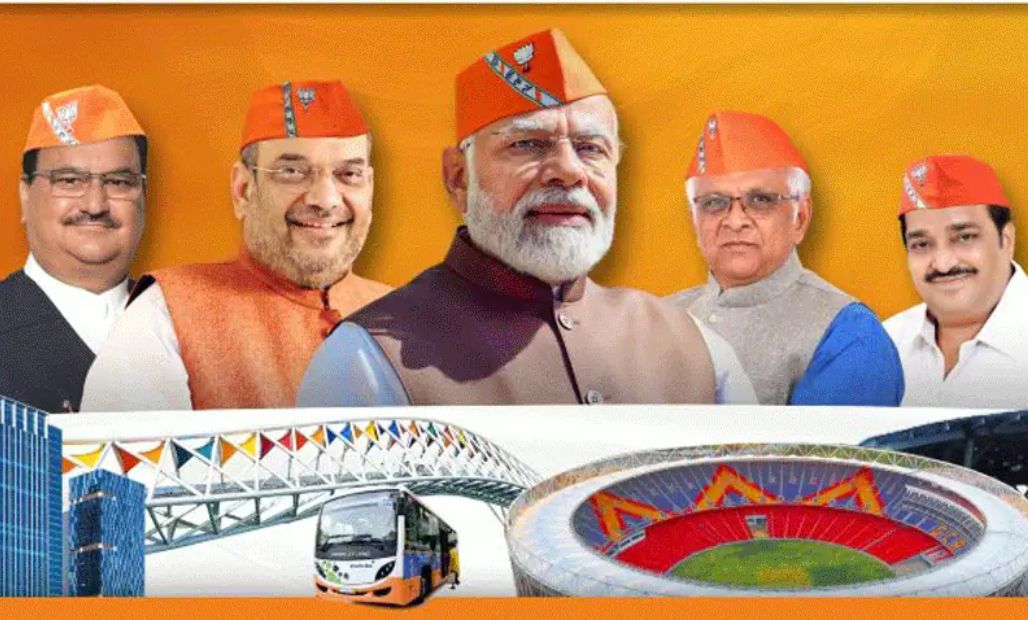 BJP Candidate list 2022: The initial list of 160 candidates for the forthcoming Gujarat elections has been announced by the Bhartiya Janta Party on Thursday.

During a press conference in Delhi, observer for the state, Bhupender Yadav, Union Minister Mansukh Mandaviya and Gujarat BJP President CR Patil, and others announced the list of 160 out of 182 assembly seats in Gujarat. Among several candidates who have been retained for their respective constituencies are Gujarat Chief minister Bhupendra Patel and many of his cabinet ministers such as Rushikesh Patel, Jitu Vaghani, Harsh Sanghvi, Jagdish Vishwakarma, Kanu Desai, Kritisinh Rana, and Purnesh Modi.

On the other hand, several candidates who had gotten their portfolios in September 2021 have not been retained. Such personas include Rajendra Trivedi, Morbi MLA Brijesh Merja, and Pradip Parmar.

Several senior leaders and those currently holding offices such as Vijay Rupani, Nitin Patel, Pradipsinh Jadeja, and RC Faldu have announced that they will not be taking part in the 2022 Gujarat election.

With just four days left for putting forward forms for the first phase of elections, candidates for five constituencies- Kutiyana, Bhavnagar East, Dhoraji, Upleta, and Choryasi- are awaiting declaration by BJP. The names are likely to be announced on Thursday. Out of the declared candidates, 64 are sitting MLAs while 40 are new to the race.

Some of the renowned entrances in the Gujarat election include Rivaba Jadeja, wife of Indian cricketer Ravindrasinh Jadeja. Multiple representatives of the local administration like Darshita Shah, deputy mayor of Rajkot, has been given the seat of former CM Vijay Rupani meanwhile, Amul Bhatt, former standing committee chairman in Ahmedabad Municipal corporation and Amit Shah, former city mayor has got tickets from Ahmedabad city.

Observers indicated that the party largely experimented with new candidates in urban areas as compared to rural seats.

For the Gujarat assembly elections, 89 segments of assemblies vote in the first phase on December 1. For the remaining 93 of 182 seats, the second phase will be held on December 5. Furthermore, the results of the poll are to be declared on December 8 simultaneously with Himachal Pradesh.