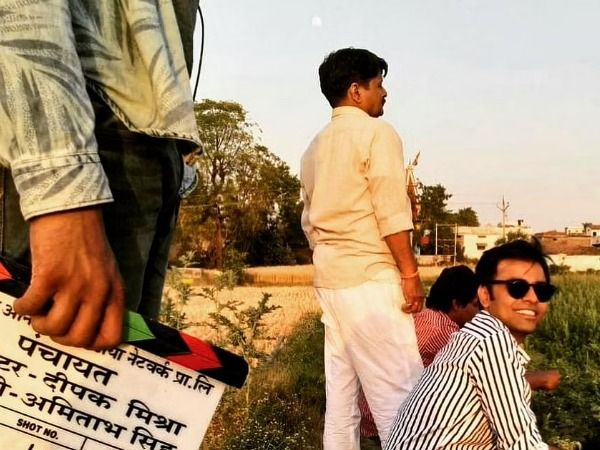 The second season of the TVF production show “Panchayat” was recently launched on Amazon Prime Video and received hugely positive reviews. Continuing Abhishek’s journey as an engineer-turned-panchayat-secretary in Phulera, this season focuses on how his relationship with the villagers has grown, intriguing fans with the possibility of him finding a partner.

Starring Jitendra Kumar, Neena Gupta, Raghubir Yadav, and Biswapati, this comedy drama has been winning hearts and making a buzz on social media.

Even the village where it was shot is getting media attention. Panchayat was filmed in a small village called Mahodiya in Madhya Pradesh’s Sehore district, which is gaining a lot of attention as a result of the show’s popularity. The Panchayat 2 crew was reportedly said to have no place to stay in the area, so they would drive down from the nearest town every morning, shoot until dark, and then return to the village.

Along with good reviews with critics, twitter users can’t seem to stop tweeting about how much they enjoyed the show. The day Panchayat season 2 released on Amazon, Twitter was flooded with reactions, with many people claiming that they watching the full show in one sitting.

Hey @TheViralFever , I was a big fan of #Panchayat since season 1 but now I am in love with #PanchayatSeason2 .
I cried in the last episode "Parivaar". You have touched our soul & emotions with this beautiful series. Pure Gold.

Please confirm if season 3 is coming ?

And this series undoubtedly didn't fail to prove how a simple storytelling can be without using adultery, vulgar languages and violence 😇.. It definitely amazed me once again and remained as no 1 series I've watched till date 🤍#Panchayat #PanchayatSeason2 #tvfcreation #best pic.twitter.com/eGtQTZNUfk

I don't think any other TV/Web Series comes closer in resonating with the emotions of middle-class youngsters as done by #Panchayat.

A complete package, started with laughs, ended with tears.

Must watch, espy for सरकारी job aspirants (after Prelims) pic.twitter.com/liJozFUDH2

Episode 1 – 7 😂😂😂
Episode 8 😢😢😢🥺
Nice cliffhanger for the next season .
Reminds a lot of Malgudi days.
Better than the previous season. Must watch. #PanchayatSeason2#PanchayatOnPrime #Panchayat pic.twitter.com/kHZaoYe6Vd

What makes #panchayat2 so fantastic is that creators have retained the essence of last season in the best possible way.Same amount of innocence,fun as heart-warming as ever.A nostalgic reminder of old rural days for someone whose roots are from a village,especially UP and Bihar.

Just binged season 2 of Panchayat! Such a lovely piece of art! Its amazing how TVF manages to deliver time and again. Especially loved how the show makes us feel invested in characters. Thought I would let you guys know as well, do check it out.
#PanchayatSeason2 pic.twitter.com/53WkbrTjjb