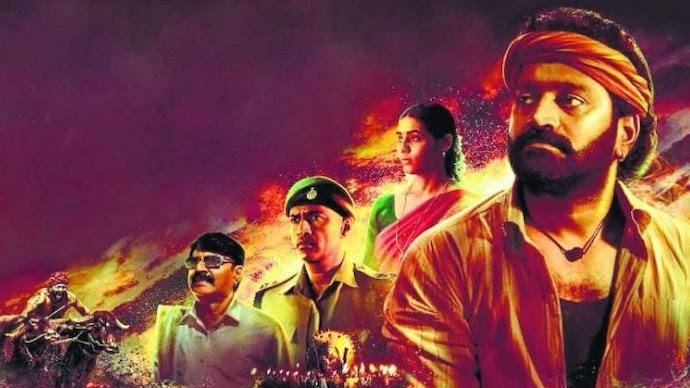 Rishab Shetty’s Kannada film Kantara, which he also wrote and directed, has received overwhelmingly positive reviews from both critics and viewers. Vijay Kirgandur of Hombale Films, who funded Yash’s KGF series, is the movie’s producer.

Kantara was only briefly available in other states. However, thanks to positive publicity, the shows have become more popular everywhere. On October 14, the Hindi version will be made available.

The movie initially did reach enough theatres in Tamil Nadu since it competed with Mani Ratnam’s powerful Ponniyin Selvan.

Vikram Vedha, starring Saif Ali Khan and Hrithik Roshan, was made available in Hindi. Due to its stellar cast, the film gained a lot more traction as well.

Nevertheless, Kantara is receiving a lot of affection from viewers. Theaters are allocating extra screens for Kantara as a result of a favourable buzz and rising demand.

Aside from the obviously incredible visuals, acting, and cinematography, some of South India’s biggest names have been endorsing the film.

One of the first few prominent celebrities to compliment the movie was Kichcha Sudeep. He mentioned: “We do witness films that are good and fantastic. But rarely do we come across one that leaves us speechless.

He also added “Kantara is one such film that left a huge impact on me Fantabulous performance by Rishab Shetty, which leaves no stone unturned kudos to the entire team to have faith in a plot like this Hats off Ajaneesh you are indeed a master. Congrats Hombale Films and thank you for believing in something and standing up for it.”

Our own @actorkishore is super solid yet again! Kudos to you and the entire team of @KantaraFilm!

Family Man 2 creators Raj and DK wrote the these amazing tweets in praise.

The most recent actor to go on the Kantara bandwagon is Telugu actor Naini, who follows Prabhas, Prashanth Neel, Kiccha Sudeep, and Prithviraj Sukumaran. During his statement at the Bengaluru-based Filmfare Awards 2022, the Dasara actor lavished accolades on the movie.

“Recently Kannada cinema is doing well. I’m glad that the kind of films the Kannada industry is making, entire India is talking about. I also heard that the latest Kantara is a superb film. It is a proud feeling,” he said.

Kantara received praise from Malayalam star Prithviraj Sukumaran as well. In a brief review that he posted on his Twitter account, the Jana Gana Mana actor gushed about the movie.

#KANTARA is a glorious cinematic achievement! #RishabhShetty is an absolute genius both in front and behind the camera! @hombalefilms What a mind blowing portfolio of content you’re building. Thank you for leading the way! Brace for a beyond spectacular last 20 minutes. pic.twitter.com/NO3u5nIqs4