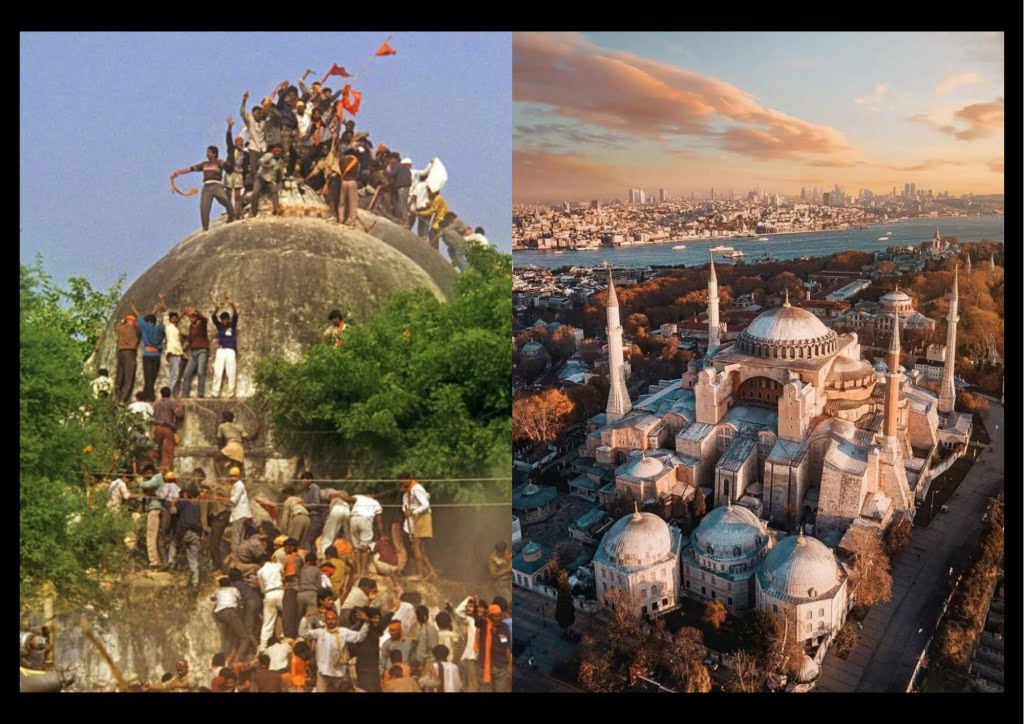 Why Indian majority crying about it doesn’t make sense..

We all live in a secular world or like we see it, secular, or like we see it a rational and a secular world but some decisions from highest levels of decision making tend to startle us, a fine example, we saw on Friday when the highest court of Turkey decided in favor of Hagia Sophia being turned into a mosque, as put forth by the current ruling dispensation in Turkey under Recep Tayyip Erdogan.

Hagia Sophia is 1500 years old, cathedral, it was converted into a mosque in 1453 when the Ottoman Turks captured Constantinople. In 1934, it became a museum and a UNESCO world heritage site and remained the same until today.

But today, Erdogan has given in to the long call of making it a mosque where ‘secular’ opposition has opposed this move. Erdogan said one thing, “the country is just exercising its sovereign right.” Several people, nations and organisations have expressed disbelief about this and why not? It’s a secular world that we live in and of course this will portray Turkish Govt. as somewhat majority oriented and majority pleasing, of course fulfilling electoral promises and attracting the wrath of neighboring nations like Greece.

Wait, this sounds like something we have heard or keep hearing?

Ignoring that thought, I would like to bring your attention to my favorite battlefield, Twitter. Here, I saw the Indian majority or ‘secular credentials se bharpoor’ log crying out over how Hagia Sophia is not a museum anymore! There were tweets about how secularism is being blatantly murdered in Turkey, how this majority inclined rule will destroy the world and how a mosque which became a museum shouldn’t be converted into a mosque, as this sabotaging the idea of secularism.

But here’s a thought from my insignificant mind, the Ayodhya judgment came in 2019, where the Babri Masjid, once demolished, was moved by the Hon’ble Supreme court in favor of the majority and the same majority that claims how secularism in Turkey is getting ‘blatantly murdered’ celebrated and tweeted ‘mandir wahi ban gaya.’

Of course, I also read on Twitter that two different structures and two different stories. This is like saying the tagline of a popular TV channel but in a different way ‘Rishta naya, soch wahi’

It’s simple, when our majority cannot raise voice on draconian laws, arbitrary judgments and unlawful activities that happen in our nation which one way or the other kills secularism, then them crying over dying secularism over a nation like Turkey doesn’t make sense.

Secularism, oh! this word! this word just lost its existence in our school syllabus and its not late that it will reach the main book.

As we depart, I leave you with the kind of secular thought that floats in our nation…