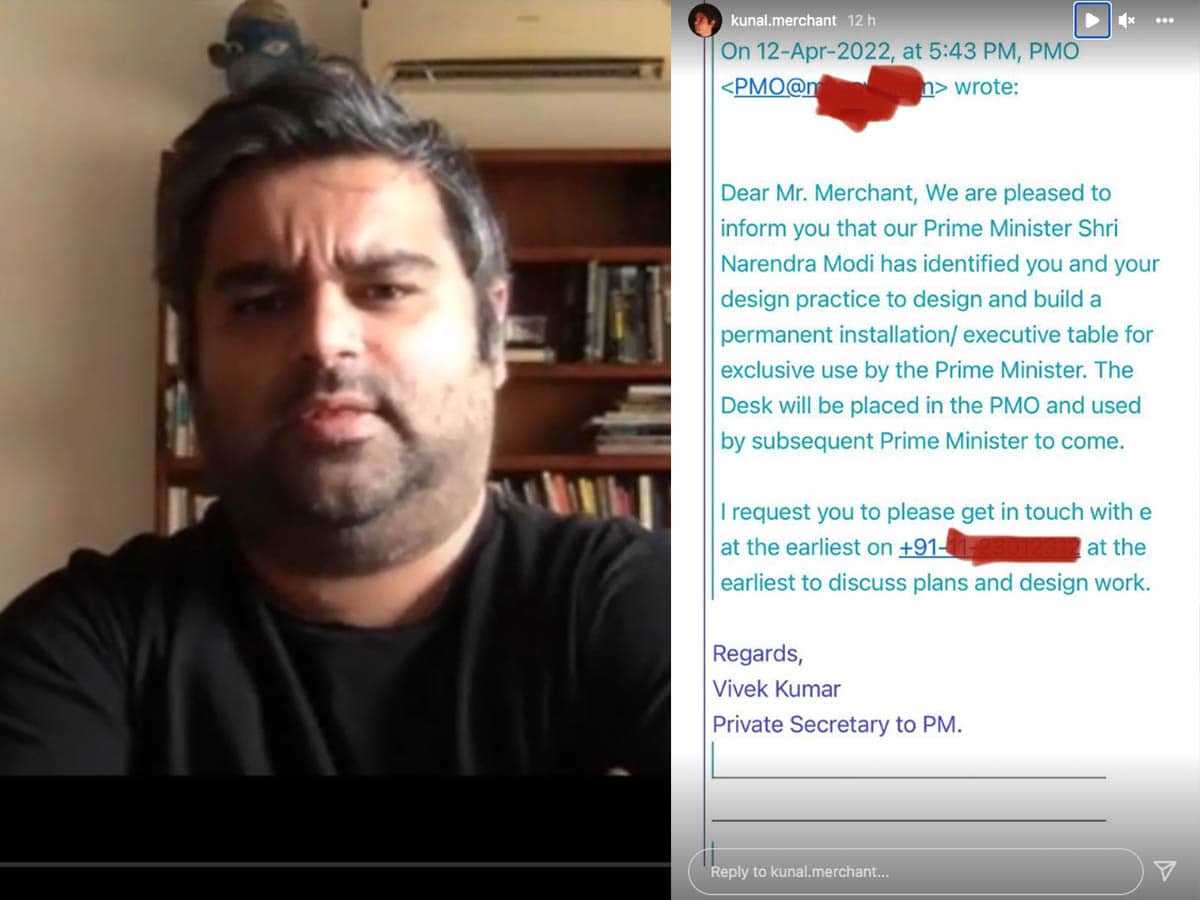 In a rare display of dissent, furniture designer Kunal Merchant has refused to make a table for Prime Minister Narendra Modi. In an email to Vivek Kumar, the Private Secretary to PM, he stated that PM Modi and BJP’s silence over the anti-Muslim violence has caused him to refuse the job.

He further cited that his conscience would never allow him to design and build a table for the PM. Kunal Merchant shared screenshots of his email on his Instagram stories. He had posted the screenshots on Friday which showed an email from Vivek Kumar.

The email informed Mr Merchant that he had been chosen to design and build a permanent and exclusive table for the Prime Minister. The desk was supposed to be used by PM Modi and his successors.

His refusal to build the table came after India saw several attacks carried out by Hindutva rallies on Ram Navami on Muslims. Moreover, several reports showed that goons had indulged in anti-Muslim violence in several states.

In his email, he could be seen thanking Vivek Kumar for choosing him and his practice. Furthermore, he could be seen respectfully declining the opportunity. Additionally, Mr Merchant stated that he believes in a secular, plural, tolerant and civilisational force that has a 7000-year-old record of accepting outsiders.

He had even written that history treated the supporters, suppliers and propagators of Nazis as Nazis themselves. Furthermore, he wished that he does not want to do anything or even contribute to the racism and thuggery of the BJP.

He added that had he taken up the job, he would have sourced all the materials for the desk from all over India. The intent was to symbolise the unity, fraternity and diversity of the country.