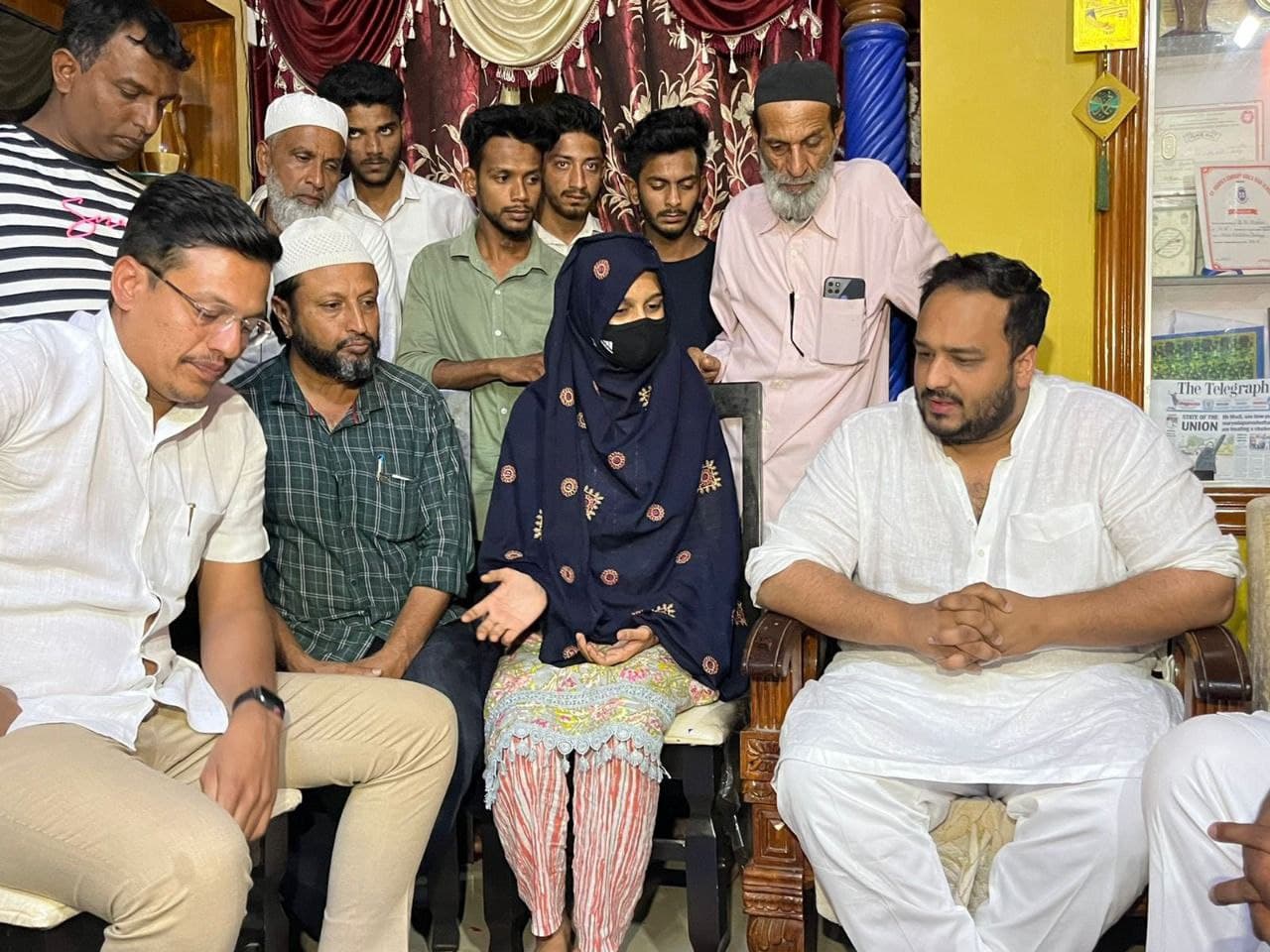 Last week a video of a girl countering hecklers with “Allahu Akbar” went viral on social media platforms. The girl who has been identified as Muskan Khan, a student at PES College, Mandya, could be seen in the video being followed by a mob of students in saffron shawls chanting “Jai Shree Ram”. The controversy which started in the coastal districts of Karnataka, where students in hijab were restricted from entering the premises of the educational institutions, now spread across the state as a wildfire. The matter is currently sub judice.

The girl has gotten immense support from the community for standing up for her constitutional rights, On Friday (February 11), Maharashtra Congress MLA (Bandra) Zeeshan Ayyub paid a visit to her residence in Mandya, he spoke to Ms.Khan and her family showing support, and rewarded Ms. Khan with an iPhone and a smartwatch for her ‘courageous act’. 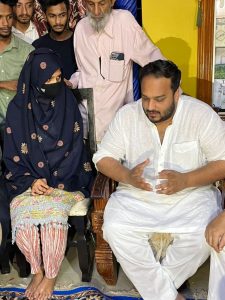 The girl was also visited by Former Minister Roshan Baig who showed his support and solidarity with Muskan and appreciated her bravery. 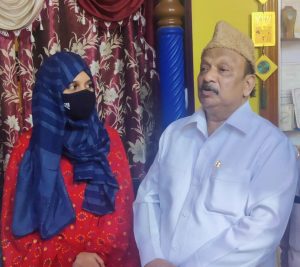 Had a meeting with @JnanendraAraga, the Home Minister regarding the concerning law and order situation in Karnataka, particularly the Mandya incident where a Muslim girl student Muskan was heckled publicly. Also raised other incidents that have taken place over the past few days pic.twitter.com/aluxKVeRN1

AIMIM chief Asaduddin Owaisi said that the girl’s “act of fearlessness has become a source of courage for all”.” Spoke to Muskan and her family on call. Prayed for her to remain steadfast in her commitment to education while also exercising her freedom of religion and choice,” Owaisi posted on his Twitter handle.

Spoke to Muskan & her family on call. Prayed for her to remain steadfast in her commitment to education while also exercising her freedom of religion & choice. I conveyed that her act of fearlessness has become a source of courage for us all 1/n pic.twitter.com/pSoTsQ5FhL

On Wednesday (February 9),  Jamiat Ulama-i-Hind had stoked a controversy by announcing a cash reward of ₹5 lacs to Muskan Khan. The Deoband-based Islamic organization lauded her for standing up amid heated protests for her constitutional and religious rights.

CM Ibrahim, Member of Karnataka Legislative Council, paid a visit to Ms. Khan’s home and lauded her bravery stating that ‘she is a brave little girl’.

The support and gifts which recognize her bravery have made Muskan the face of resistance in Karnataka.