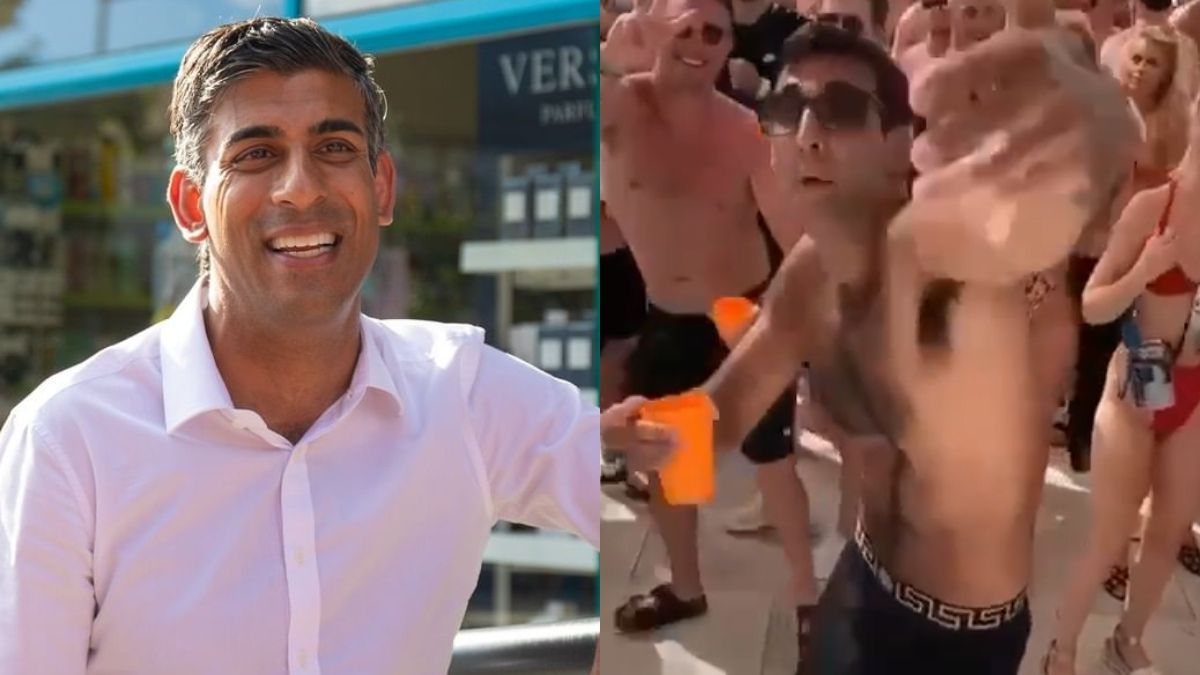 Indian origin Rishi Sunak is the man of the hour. He created history after being elected the first Prime Minister of the UK having Indian roots. Rishi Sunak will also be the UK’s first ever person of color to lead the country, and first Hindu prime minister.

While the occasion is a proud moment for many and social media has been flooded with congratulatory posts for Sunak, funny and relatable memes and jokes about him are also circulating online. 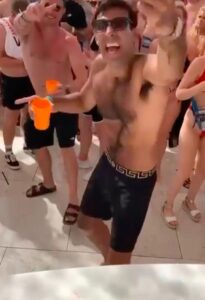 In a viral video, a man resembling Rishi Sunak was seen partying in Ibiza at the poolside. Surrounded by other people, Sunak’s look-alike brought the house down with a drink in his hand as he grooved to the loud and trippy beats. Appearing shirtless and in black trunks in the video, many said that the man was Sunak’s doppelganger. The man seemed to have no care in the world as he jammed to party music and lived the moment to the fullest. Social media has been flooded with funny comments referring to the man as ‘raving’ Rishi.

Many people on the internet were left stunned after watching the video. Many even wondered if it was Sunak himself. One Instagram user commented, “This guy’s got too many moves to be Rishi Sunak.” “Na as if Rishi is living it up at O Beach and I’m sitting writing emails,” wrote another. “Hahaha talk about letting your hair down, too funny. Absolutely brilliant,” commented another.

Sunak is the third UK prime minister this year and has entered Downing Street as the youngest PM in two centuries. He announced his bid to become the prime minister days after Liz Truss announced her resignation from the top post on October 20 after party members rebelled against her citing that her mini-budget negatively affected the UK economy. 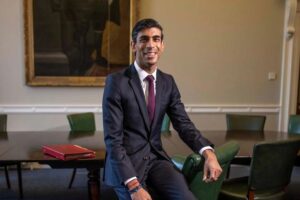 He was born in Southampton in 1980 to Indian parents who had moved to the UK from east Africa. His father was a GP and his mother ran her own pharmacy. The eldest of three children, Sunak was educated at a private boarding school, Winchester College.

The Conservative Leader was backed by more than 190 MPs as his contender Penny Mordaunt failed to earn the backing of 100 MPs which is a prerequisite for entering the PM race and bowed out of the race, minutes before the 1922 Committee Chief Sir Graham Brady announced the results.

He later gained a master’s of business administration (MBA) at Stanford University, where he met Akshata Murty, his wife. She is the daughter of the Indian billionaire NR Narayana Murthy, who founded the software company Infosys.

After winning the leadership, Sunak, whose career has been defined by fiscal conservatism, told MPs his ambition was to have a “highly productive UK economy” and that he backed low taxation but that it had to be affordable and deliverable. Sunak will meet the King on Tuesday and officially be named prime minister. He is then expected to give a speech at Downing Street.