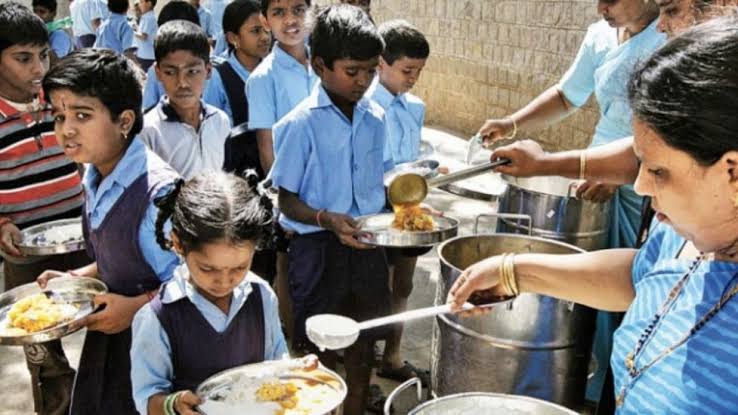 According to a report conducted by the Karnataka government, the addition of eggs to the mid-day meal programme in seven areas of the state has improved the nutritional status of the participating students.

When the state administration suggested include eggs in midday lunches in one of Karnataka’s most undernourished areas last year, it led to disputes. Hindu religious authorities opposed it, claiming that it would have an impact on the state’s “food culture.”

The responses came after a controversy in 2019, when the Akshaya Patra Foundation, which provides lunch in some schools, came under fire for not include eggs, onion, or garlic in their meals.

The study was carried out by the Karnataka State Rural Development and Panchayat Raj University in Gadag after the state government chose to add eggs as a choice in mid-day meals in seven districts in the state’s northern region in an effort to combat rising malnutrition rates.

Students from Gadag, where students were not given the opportunity to consume eggs, and Yadgir, where the initiative was taken up, participated in the study, which was conducted over 100 days toward the conclusion of the previous academic year.

The study’s conclusions, which have since been made public, indicated that the nutrition status, weight, and body mass index (BMI) of the Yadgir district students had all improved.

Shantamma Mallikarjuna, the principal of a government school in Yadgir said that “Many of the students in our school are from Scheduled Caste (SC) communities and their parents are mostly engaged in daily wage work. There was no opposition to including eggs in the mid-day meal scheme, except from a handful of students from the Lingayat community.”

Of the 76 children in her school, 71 chose to eat eggs, while five preferred the banana.

The introduction of eggs was aimed at tackling the combined issues of malnutrition and poor school attendance.