During the unstoppable crisis, Centre should provide free Covid Vaccines to people 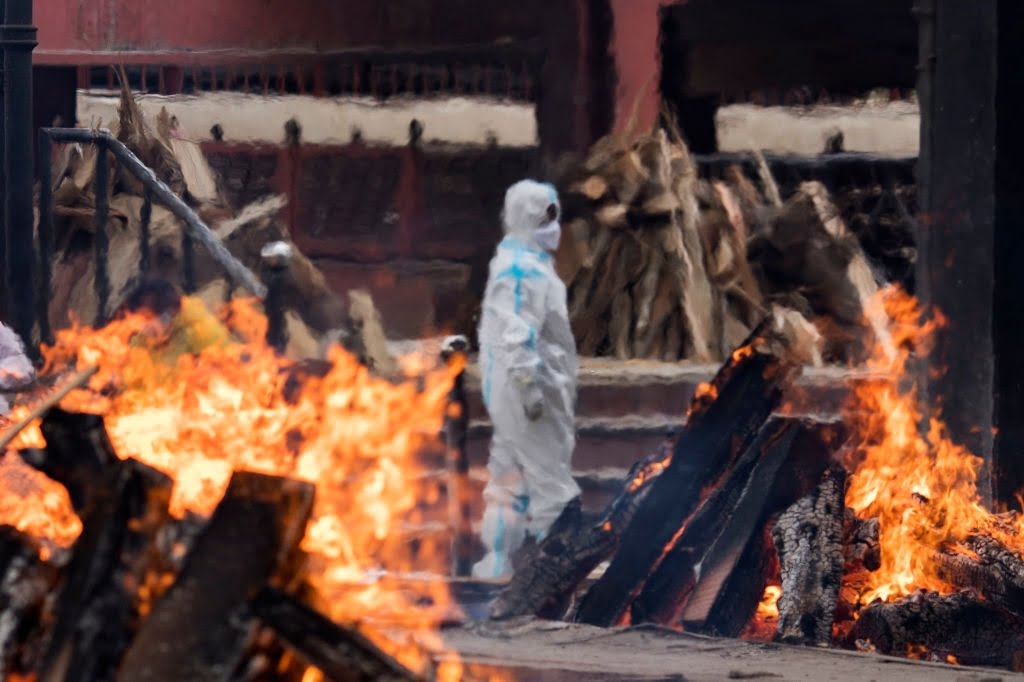 According to the top scientists, the 3rd wave of Covid-19 is unavoidable now. Scientific advisers are stressing the necessity to build a strong healthcare system along with upgraded vaccines to fight against the new mutants of the virus. As it looks difficult to cope with this pandemic having the current healthcare infrastructure.

“Phase 3 (third wave) is inevitable, given the high levels at which this virus is circulating. But it is not clear at what time scale this Phase 3 will occur. Hopefully incrementally but we should prepare for new waves,” Dr. K Vijay Raghavan said at a government briefing.

The chances of the virus affecting a larger group of people are possible as long as human hosts are available. The chain of transmission from one being to another can only be broken by taking necessary precautions and vaccination. “The best time to change our behavior is now,” added Dr. Raghavan, drawing everyone’s attention to adapt defense practices against Covid-19.

Furthermore, Dr. Raghavan took a step forward and explained the reasons that caused the 2nd wave to be this disastrous. He said, “Phase1 was the generalist approach of the virus and phase 2 now has fitter viruses arising due to post-immunity because of previous infection. Variants of concern represent better adaptation and are triggered by the human population.”

People vs Pandemic and Central Government

No one wishes to go through the same circumstances as we felt in the 2020 lockdown, but the recent situation may force the authorities to take those same measures again. Already a set of guidelines has been provided to the state government, according to which the state can impose necessary restrictions to suppress the chain of transmission.

Everyday data of rising covid cases and the incompetency of the government to provide the necessary resources lays a horrific image in front of us all. On one hand, hospitals and patients are requesting to the authorities for beds and oxygen to fight the deadly infection, on the other hand, morgues and crematoriums are trying to handle the unstoppable flow of dead bodies. And the never-ending queue outside the hospitals shows the incapability of the Centre to protect their own people in these tough times.

Correspondingly, many people are losing their loved ones due to the lack of resources. On which actor Sonu Sood tweeted and apologized to those who have suffered such losses.

The Modi Government is getting highly criticized for not being able to act sooner to suppress the 2nd wave of the virus. Instead, they were busy permitting religious gatherings in large numbers. Adding to that, they themselves were busy in the political rallies that surprisingly is the opposite of what the government was supposed to do.

After all this chaos, in which the authorities have contributed their best, they are accountable to the general public whom they left to suffer for their deeds. So, at least they are expected to provide free vaccination to the people in these hard times, where individuals are standing in the queue, be it hospital or crematoriums. Our honorable Ministers are way behind other Western Countries to provide essential resources and free of cost vaccination.

Firstly, we need to understand that these resources are for the public good and not a market commodity, where one needs to extract their profit before selling them. It should be available to people for a minimum price, so everyone can afford it.

It has also been observed that there is a difference in the pricing of needful items for the Centre and states. We are in the middle of a crisis where such discrimination cannot be entertained, and the government is accountable for this.

Human beings are discriminating against each other as always and favoring the ones with more wealth, whereas the virus knows no boundaries and is unafraid. So, clearly, the higher authorities need to look at their policy and revise it for the public’s good. This is the least that Central Government does for their people in such disastrous times.

US declares support for TRIPS waiver on COVID-19 vaccines