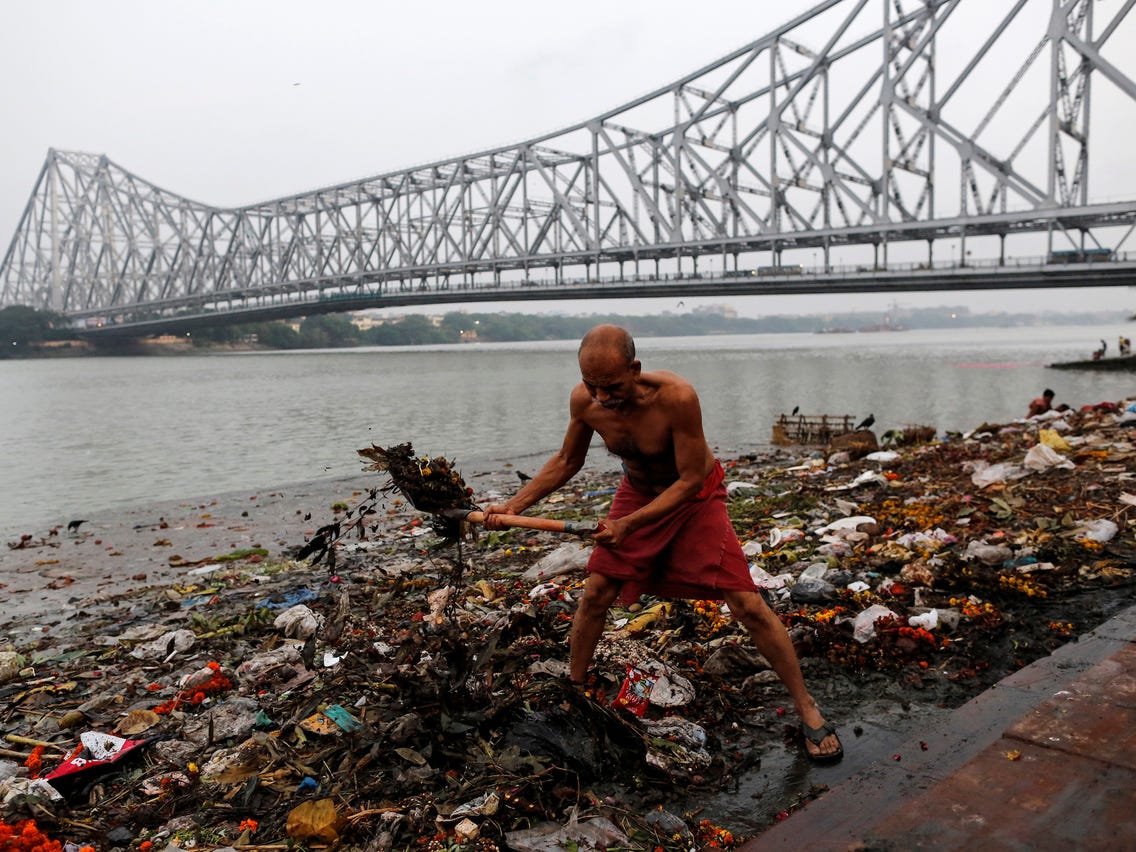 Citizens drink Ganga water and even take a dip in the water out of religious values as Ganga water is considered as a holy water, regardless of the harmful content and its effect in the body. Ganga is the largest river in the Indian sub-continent and lifeline to millions of people, but the quality of the water has deteriorated over the years. Development of human civilization has put severe questions to the safe use of river water for drinking and other purposes. The increase of pollution due to heavy metals is a major concern in most of the metropolitan cities of developing countries along with human waste and industrial contaminants. The river provides water to 40% of Indian population across 11 states serving an approximation population of 500 million people. Ganga is considered as the fifth- most polluted river in the world.

In cities like Kanpur, Varanasi, Patna large numbers of industries are established on the bank of the river Ganga like chemical plants, textile mills, tanneries, slaughterhouses,  hospital prosper and contributes to the pollution of the Gangas by dumping waste in to the water. In the city of Kanpur, on the banks of river Pandu River (a branch of the river Ganga) a coal based power plant burns 600,000 tons of coal each year and produces 210,000 tons of fly ash. This ash is dumped in to the pond which gets mixed with the domestic waste water which is released in to the Pandu River. Fly ash is very harmful for the humans and contains toxic heavy metals like lead and copper. Plastic and industrial waste such as waste water from factories resides on the banks of the river which is another cause of pollution but the most worrying problem is the decreasing of the water in the rivers.

Household releasers a large portion of sewage water with high proportion of organic load in the Ganga. The river water flows through 100 cities with population over 100,000; 97 cities with population of 50,000 to 100,000 and about 48 towns. Animal waste and increasing of population is also a significant reason for pollution. During festivals around 70 million people bathe in the Ganga to purify themselves from their past sins and materials like food, leaves are left in the Ganga. Traditional beliefs hold that being cremated on the banks of Ganga and floating it down will cleanse the sins of the dead and carry them directly to salvation. Records say that in Varanasi alone an estimation of forty thousand bodies is cremated every year, many of which are only half burned. All these reasons are collectively responsible for the pollution.  Despite of all these, people are still unaware of the effects on their health.

The National Green Tribunal said that steps are required to taken by the authorities to control the pollution in Ganga. They also said that the people drink the water out of religious believes without knowing the harmful content which includes faecal coliform. In 2010, it was announced that the Indian Government has embarked on a $4 billion campaign to ensure that by 2020 no waste water or untreated municipal sewage or industrial waste enters river. Similarly, on 10th July 2014 the Union Finance Minister Arun Jaitley announced the Ganga development project titled “Namami Gange” (meaning ‘Obeisance to the Ganges River) and an amount of Rs 2,037 Crore was allotted. The main purpose was effective abatement of pollution, conservation and rejuvenation of the Ganga under which 8 states were covered. An estimated Rs 2,958 Crores have been spent till July 2016 in various efforts of cleaning the river. The government of India ordered to shut down 48 industries around the Ganga.  The Central government initially fixed 2019 as the deadline for this project but had to extend till 2022 because only 29% of the 154 sewage project taken has been completed till 1st August 2020. To decrease the pollution of the rivers the activities around the river has to decrease and people should be aware of the situation and its harmful effects to our lives.