CONTROVERSIES OF INFAMOUS NOMINATIONS AND WINNERS OF NOBEL PEACE PRIZE 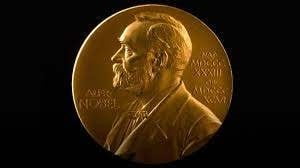 The Nobel Peace Prize is one of the five noble prizes established by the will of Swedish Industrialist and armaments manufacturer, Alfred Nobel. Since March 1901, it has been awarded annually to the deserved personalities. On November 27, 1895 Alfred Nobel signed his last will and testament. Every October the Nobel Prize Committee declares who has won or nominated in the field of physics, chemistry, literature, economics, medicine and peace. A winner tends to get a Gold Medal as some amount of Cash that sometimes come up to be the main reason of the cause of controversy.

While nominating a laureate, there were some infamous nominations too. Adolf Hitler the mastermind of Shoah, was also nominated for the award in 1939 just before he was about to start the World War II between Poland and Germany. His name was recommended by the Swedish Parliament by Erik Gottfrid Christian Brandt, a social democratic member of the Parliament. In 1939 MP Erik wrote to the Nobel Prize Committee regarding Hitler. In the letter, the MP praised the leader as “Glowing Love for Peace” and dubbing him “The Prince of Peace on Earth.”This led to protest and outrage when Bandt was accused of being fascist. In 1935, a prestigious prize winner Carl Von Ossietzky burst out in anger and said, “Though there is no ndication Hitler came anywhere close to winning the Nobel, he would had t break hill own order to accept it.” Later the MP explained that his nomination was satirical, then he withdrew the nomination of Hitler.

As per the report, one of the victors of World War II, Russian leader Joseph Stalin was also nominated twice in 1945 and 1948. When the deadline passed and the nominations were in, only few were shortlisted by the Committee and the Advisors. “Neither Hitler nor Stalin were found to be suitable for the Peace Prize,” Historian Geir Lundestad, former Secretary of the Committee, told AFP.

While some of the dictators denied getting themselves nominated for this prize, the King of Pop, Michael Jackson found himself in the nomination in the year 1998. Even though he was having allegations for child abuse,“ The Romanian parliament who wanted Michael to nominate but later it was not considered by the Committee, said Lundestad.” In 2001, Lundestad also said that it is not that impossible to nominate famous singers such as Bob, Geldof, Bono or String. But he believed that one day they would surely be awarder with this prestigious award.

Apart from absurd nominations for the award, there were some controversial Nobel Prize Winners ever in the history. The US President received the prize in 2009, just nine months after his first terms. Many criticized Obama’s nomination for being premature and said he is not into that power to deserve the prize.” Even many of his supporters believed that Obama not yet deserves this and it was a mistake. Though in 2015, the former director of the Nobel Institute, Geir Lundestad seemed to regret the decision because he felt that the prize would strengthen the president and give him more confident to work better.

In the year 1994, Palestinian leader Yasser Arafat, Israeli Prime Minister Yitzhak Rabin and Irsraeli Foreign Mininter Shimon Peres shared the award on Peace Accords. This led to lots of controversies and criticism not because of the awards but at the end it was found that they were in a conflict because of Arafat. The other controversy of Nobel Peace Prize was Mr Henry Kissinger, the US Secretary of the State who was jointly awarded in 1973 along with Vietnam’s Le Duc Tho for brokering a cease-fire. Even this award let to huge criticism as Henry was ordered with bombarding raid. There were two members who voted against Henry’s selection later resigned the protest.

Then comes Fritz Haber who was awarded with the prestigious Nobel in 1918 for inventing the Haber-Bosch process, a way of producing ammonia. Later it was proved to be critical in creating fertilizer to support agriculture which is to feed people. Aber was badly criticised and ashamed of the award because he helped in developing chlorine gas as a chemical weapon during the World War I.

The criticism and the controversies do not end here. There were many more whose winning the Nobel later led to regret and then it was a huge part of criticism. Not only were the winners in controversies even the nominees who were. The Committee of Nobel Prize keeps this in mind that who so ever is nominated or selected for the award must be really worthy and well deserved and that will not lead to any criticism like it happened.

SC ORDERS TO REMOVE SLUMS FROM RAILWAY TRACKS IN DELHI