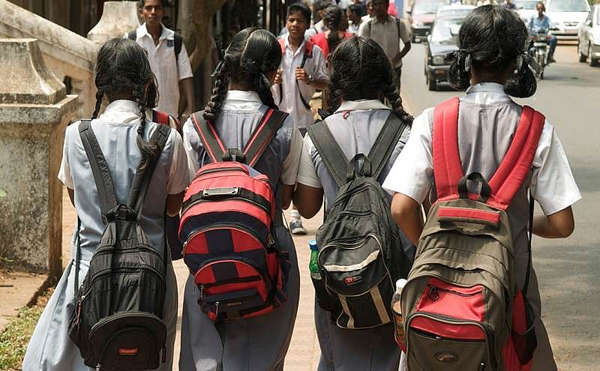 Students in Bengaluru carry condoms, oral contraceptives, lighters, cigarettes, whiteners and adequate cash to school. Authorities who were adhering to the orders of the Associated Managements of Primary and Secondary Schools in Karnataka (KAMS) and checking the bags of students were left appalled when they recovered something beyond cell phones for which the surprise inspection was initiated. After the incident, some schools held parent-teacher meetings. “Parents were equally shocked and told us about sudden behavioral changes in children,” the principal of a school in Nagarabhavi said, reported the news report. To handle the situation better, the schools have issued notices to parents and have not suspended the kids. They have also recommended counseling.

Another principal said that during the checks, a condom was found in the bag of a Class 10 girl student. When the authorities grilled her, she blamed her classmates or her friends for the private tuition which she goes to. Checking was conducted in about 80 per cent of schools in Bengaluru, the report mentioned the KAMS general secretary as saying.

Dr A Jagadish, consultant psychiatrist, Abhaya Hospital, stressed on parental supervision. “In one case, a single mother found a condom in her 14-year-old son’s shoe rack. A few children like to experiment and indulge in such activities. This includes smoking, leading to drug addiction and over-socialising with the opposite sex that might lead to physical interaction,” he said, urging parents to guide kids.

In this article:#bengaluru, cigarettes, Condoms, contraceptives