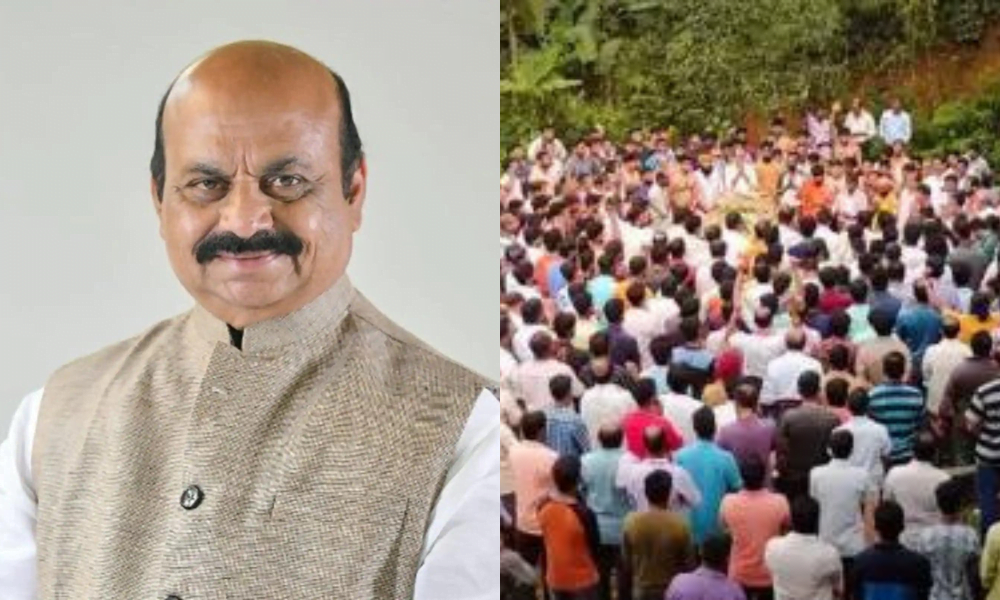 Violence has flared up in the Dakshin Kannada region of Karnataka. Prohibitory orders have been put in place, and the state police are being kept ready.

The communal tension in the state has been on a high following a spree of controversial decisions regarding the hijab ban, boycotting Muslim traders, and the death of a Bajrang Dal activist.

The recent violence started when an 18-year-old B. Masood was attacked by a group of 8 in Kalanja Village, Sullia Taluk.

Praveen Nettare, a 31-year-old BJP activist, was attacked on 26 July in Bellare town. This attack led to the death of the individual. This event was followed by a gang attacking 23-year-old Fazil Mangalpet, whose murder was caught live in the CCTV footage.

Reports have stated that these killings were a result of reactionary behaviour, which was triggered by the death of Praveen.

As a result of the deadly spree in the coastal region of the state, chief minister Bommai visited Praveen’s family. He also provided them with a cheque of Rs. 25 lakhs as compensation from the government. The Bharatiya Janata Party provided Rs 25 lakh separately.

The partial action of the Chief Minister has received a fair amount of backlash, as he did not visit the house of another victim, Masood. His family resides 5 kilometers away from Praveen’s family. Besides a promise from the district authorities to take care of his medical bills, Masood’s family has not received any compensation from the government.

“No information has been found yet in Fazil’s murder case. This is not a murder, but a pre-planned act. We have taken the three killings very seriously. We can cope and not fall behind. I am not seeing this incident as just a case of murder”, said CM Bommai.

The opposition has criticised the CM for his preferential treatment. “The CM has not visited the house of Masood and Fazil,” said a senior Congress leader and former CM of the state Siddaramaiah

Shashikumar, Mangaluru Police Commissioner, stated that the cause of Fazil’s murder is not yet fully known. He also appealed to the public to avoid rumours.

In this article:CM Bommai, Karnataka