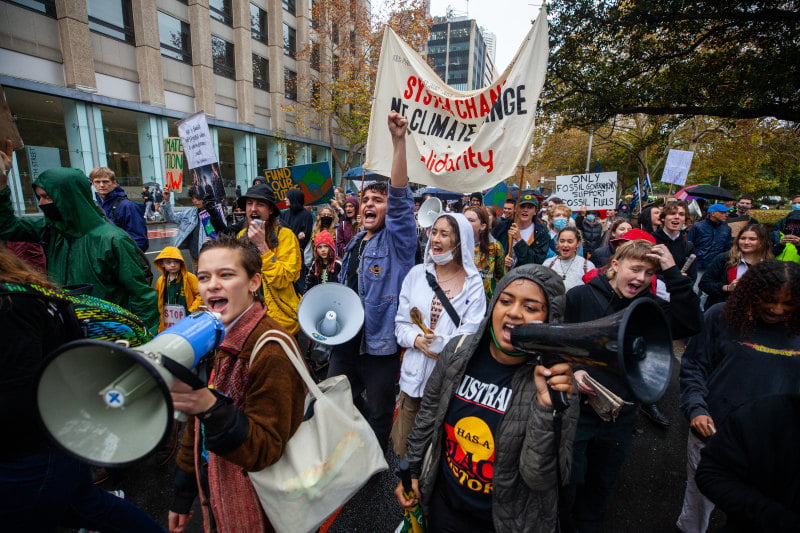 Citizens of Australia have always been active and well aware of the happenings in their country. Many such circumstances have happened before where they stood against the wrong policies and protested to get justice. One such incident has recently been witnessed in Australia where thousands of students walked out of their classrooms to join the School Strike 4 Climate on Friday. The protest aimed to take major actions against the escalated global warming.

The unstoppable shouts of strikers were heard, all chanting for climate justice. The protest criticized the gas, coal, and fossil fuel industries. Further, the protestors have deplored the Morrison government’s recent decision to fund a $600m gas-fired power plant. The combined anger was against the federal government’s support for the gas industry.

Students have voiced their thoughts against the government and have taken part in the climate strike across the country. The “School Strike 4 Climate” was in action since the start of the pandemic. The biggest gathering for the strike was witnessed in Sydney and Melbourne. Places outside the capital cities, from Alice Springs to the regional center in Victoria and Western Australia’s Margaret River, every corner of Australia has seen these events.

One of the organizers of the strike, Natasha Abhayawickrama said that all they want is the government’s take on a more powerful climate policy.

“The government’s decision to put $600 million towards a gas plant, in addition to allocating so much money in the budget towards gas and fossil fuels, will only drive us further into the climate crisis.

“Right now, we need clean, renewable energy to be funded, for us to have a safe future,” said Natasha to Guardian.

During the protests, several posters were captured with sarcastic and clever quotes on them. Nowadays it more feels like a millennial weapon, with which they attack the higher authorities, as well as attract more millennials. The most intriguing part of the strike was the group of youngsters that came forward to take initiative for the climate change. Because till now, no one has expected such concern for the environment, that also from the people of this generation. Millennials made themselves heard and proved that they also have a concern about their environment.

Supporting this, Preethika Mathan, from Santa Sabina College in Strathfield said, “We’ve all heard someone say ‘you’re going to die of old age, we’re going to die of climate change, and I think that’s the main sentiment here. We feel like we’re on the frontline of the climate crisis, in the sense that we’re the first generation who will feel its impacts. We have to live through this, whereas older generations just to survive it.”

All this grudge is against the federal budget that put more than $58 million into the expansion of the gas industry. Adding to that it also declared $600 million of taxpayer money would go towards building the Kurri Kurri gas-fired power station in NSW.

“What we want is more learning in schools and less activism in schools,” he said.