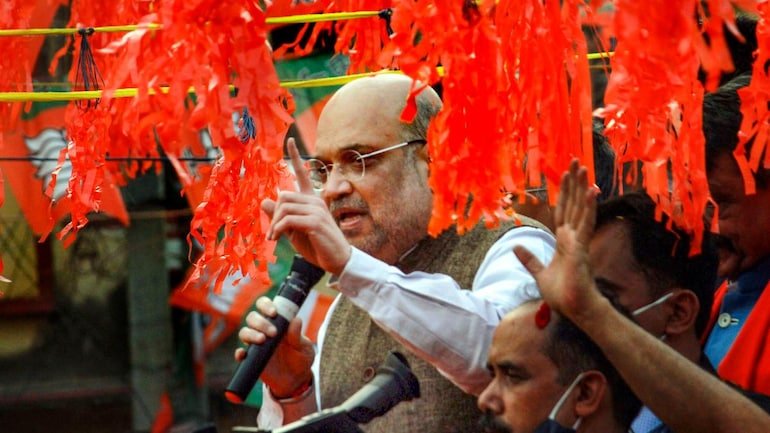 On Thursday, Union Home Minister – Amit Shah had promised that once the COVID-19 vaccination is over, grant of citizenship is inclusive to Matua community under the Citizen Amendment Act (CAA). Shah also further went on to ask the Muslims to not get ‘deluded’ by claims of the resistance regarding CAA. The Center has also set July 09 as a deadline to outline the rules for CAA, reported The Economic Times.

Since then, Kerala Chief Minister Pinarayi Vijayan and Rahul Gandhi from Congress, have responded to the Home Minister and repeated their respective opposition and resistance against CAA, at meetings held in the states of Assam and Kerala respectively. A political pushback much like this, and opposition especially for this Act can be easily expected from both these states’ opposition parties, now that elections will be taking place in the coming months.

Parliament of India passed the CAA (Citizen Amendment Act) and National Register of Citizens (NRC) on 12th December 2019. The act focuses on the amendment of Indian citizenship for all religions. However, the Act does not mention Muslims and does not offer eligibility benefits to Muslim immigrants belonging to other countries. And hence is implied that the NRC that will be implemented in the country in the year 2021, is to mainly deprive Muslims of Indian citizenship. For the first time in the history of India, the barring of the Muslim community, meant that the law showcased the religion as a basis or a rule for deciding Indian citizenship. This only further agitated the politics from across states, and ignited a raging opposition from civil society groups, and parties, particularly in states of Assam and West Bengal. The CAA was seen as an approach and a way out for non-Muslim immigrants left out of the process of NRC, in Assam. The issue later took a sharp and devastating turn when Amit Shah along with other BJP leaders vowed to implement the NRC process across the nation in order to rid the country from “illegal migrants”, or those who did not have documents or papers proving their citizenship. The country and people worldwide witnessed the outrage when protests, and mobilisations erupted across the country on this issue, before the outbreak of COVID-19 forced people indoors.

Now, given the states of Assam, Kerala and West Bengal are gearing up for elections, BJP during their rallies have been using the CAA card as a potentially powerful plank. These states are also the states with the most significant number of Muslim population. The difference of opinion against CAA for the parties of CPM, Congress, and Trinamool, does not simply stem from their postures and professions of secularism, but it also stems from the  political exigency taking into account their support among the Muslim minority. In the state of Assam, where the political party – Congress, appears to be ready for a pre-poll alliance with AIUDF, which draws in support from the Muslims of Bengali origin, the party has nuanced its position by leaning on the 1985 Assam Accord, which takes a secular perspective on the migration immigration issue, reported The Indian Express.

The BJP, are in hopes to win over the Hindu migrant vote, and have an advantage from religious polarisation, in the states of West Bengal and Assam. While the Congress, CPM, and Trinamool might have to craft and gauge a response that avoids polarisation on religious lines. All the while, it appears to be plausible that, once again, other significant issues and problems of the people will get quick work.

Pangong is the Bellwether