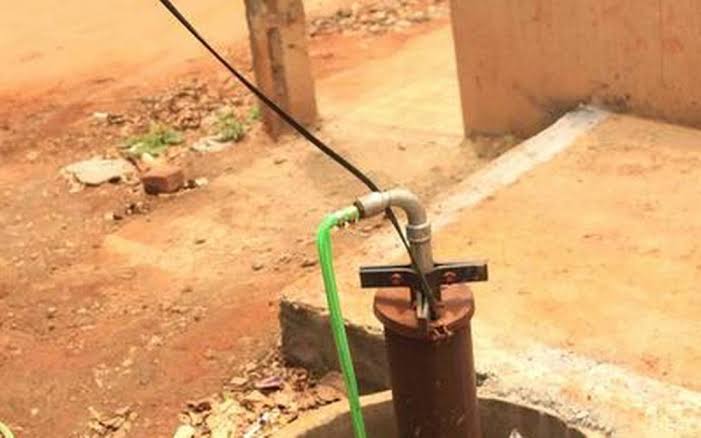 Boreholes cannot be sunk anywhere in Bengaluru City without previous authorization from the appropriate authority.

Residents can request for approval to sink a borewell to draw water if they have no other source of water, but have to adhere to the depth specified in the permission letter.

However, the relevant authorities haven’t been keeping an eye on whether the borewells are dug in accordance with the regulations specified and most applicants abuse the permission that has been granted to them.
For instance, the Karnataka Ground Water Authority’s Bengaluru subcommittee issued a letter of authorization to a resident in Nandi Durga Road Extension to sink a borewell.
The permission was to dig only 459 ft deep. However, the boring machine worked nonstop for three full days, going more than 1,000 feet below ground.

The neighborhood’s residents complained to the police. However, when the building’s owner showed a copy of the permission letter, the police officers who had arrived left without verifying the letter’s date or why the owner used the boring machine for three days to dig only 459 feet down.

R Anjaneya Reddy, a resident of Chikkaballapur who served as a member of Karnataka Ground Water Authority between 2012 and 2014 said that “It is the responsibility of every one in Bengaluru to avoid exploiting precious groundwater. Authorities should not give permission to sink borewells and supply water for commercial purposes.

As far as I know, there is no monitoring mechanism with the sub-committee of Karnataka Ground Water Authority. There is a need to regulate digging of borewells and monitor the depth of the borewells to protect groundwater,”

The subcommittee would issue permission letters based on the ground report provided by the BWSSB engineer of the relevant region, according to BWSSB chief engineer Suresh.

“I have assumed office recently and attended only one meeting to issue permission letters to the applicants. We have no manpower or mechanism to monitor the depth of the borewells and the misuse of the permissions given by us,” said Suresh.