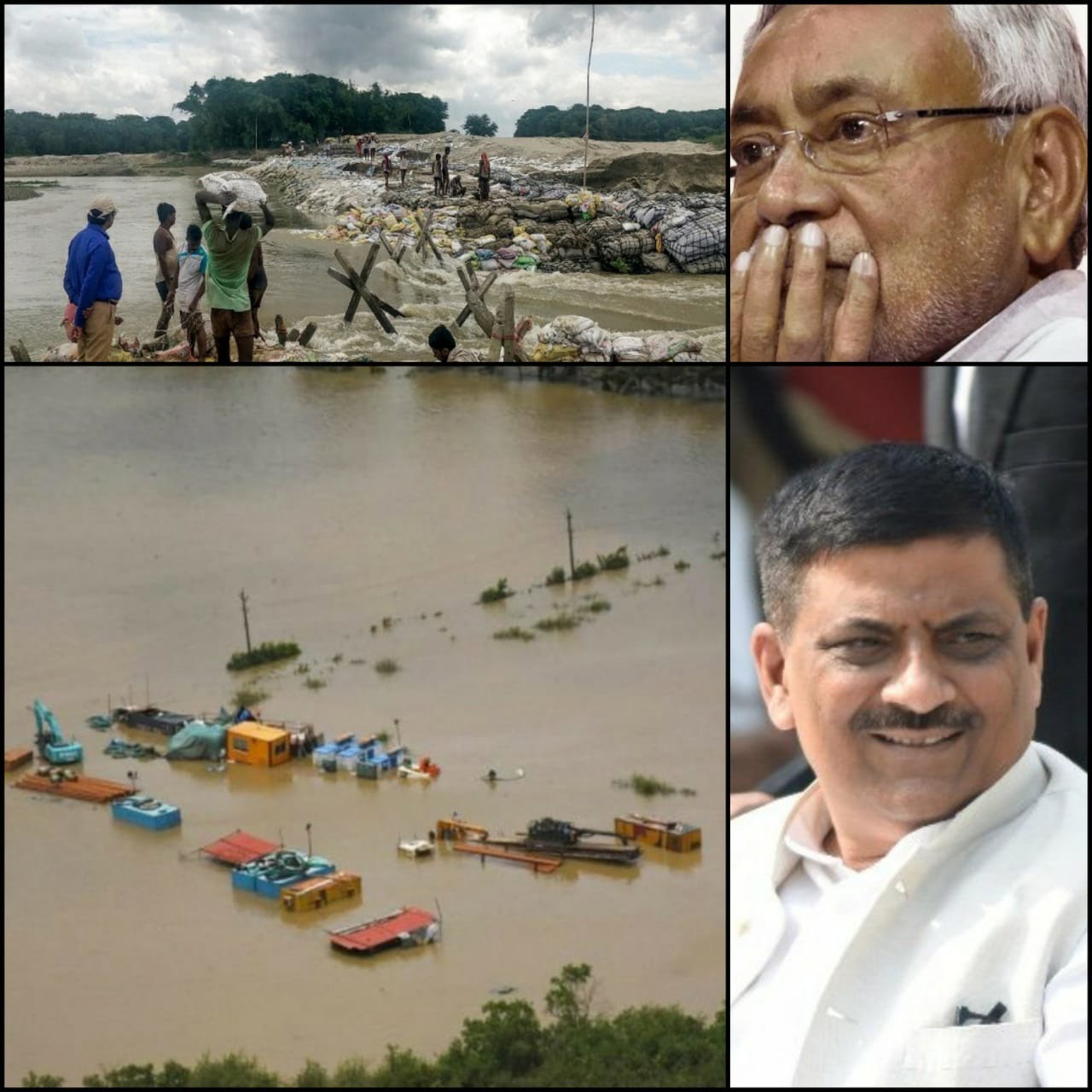 Bihar is yet again, hit by the floods, this year too. 4.6 lakh people in 245 panchayats from 10 districts have been affected by the flood. 13,000 people have been displaced and 4,845 people are put up at 16 relief camps, according to the state disaster management department. There has been no deaths reported due to the flood, so far, the department said. Rivers Kosi, Budhi, Gandak, Kamala Balan and Lal Bakeya which were flowing above the danger mark are now showing signs of receding and are stable, the state water resource department has said.The districts of Sitamarhi, Sheohar, Supaul, Kishanganj, Muzzafurpur, Darbhanaga, Gopalganj, East and West Champaran and Khagaria districts are worst affected from the flood. According to reports, 25,00 people from 18 villages have fled their homes and are takng shelter at nearby buildings.

Earlier in the middle of June, when the state was preparing to take all the precautionary steps to minimise the damage from the flood, there was a problem from the neighbouring country, Nepal. Both the countries were supposed to work together to repair the embankments along the borders. But Nepal had installed barricades and had thus stopped the repair personnel to cross over and finish the work. The said work was being carried out on the Gandak Barrage which is situated on the no man’s land between the two countries.

Both the countries had put up barricades during the COVID lockdown periods, but there was no reasonable explanation as to why they had to stop the repair works which was going on for quite some time. The Gandak Barrage has 36 gates and 18 of them fall on Nepal’s side. It was very much necessary for the engineers to complete this work to control the flood damage, considering the NDMA’s warning that both Gandaki and Bhagmati rivers continued to flow in severe situation. The threat of flood damage was very high, and the water resource department quickly got into action.

Water resource Minister of the state Sanjay Jha had said at the time that he had written a letter to the Ministry of Water Resources, River River Development and Ganga Rejuvenation and Ministry of External Affairs to intervene. He had also said that even though there was no immediate danger, but the state’s vulnerability to flood damage would definitely be higher. This was due to the state’s location in the downstream of the river which could create an adverse effect if heavy water logging in Nepal’s catchment areas could breach the embankments. The engineers were also being stopped from working on the Lal Bakeya and Kamla river.

Following this, on 25th June, Anurag Srivastava, MEA’s spokesperson said that there was already an existing bilateral mechanism between India and Nepal with regard to flooding and inundation works. He said that the embarkment and anti-erosion work had already commenced. He had also said “Both sides are coordinating on a real time basis to minimise the damage due to flooding and inundation in this monsoon season,”. Any follow up reports regarding the matter couldn’t be found. One cannot help but wonder if Nepal took these steps in wake of the growing tensions between the two countries as they are disputing over some areas of Uttarakhand.

The floods, along with the COVID situation has made the lives of the people of Bihar miserable. On 21st July, in Darbhanga district, a pregnant woman had to be carried on a raft to the nearest healthcare facility for delivery as the surrounding area was flooded with water up to people’s necks. The State Disaster Relief Force officials soon sent a boat for the woman. On 22nd July, RJD leader Manoj Jha wrote a letter to PM Modi about how Bihar is in a double whammy as they battle both COVID and the floods. Meanwhile, opposition leader Tejashwi Jadhav has accused CM Nitish Kumar of being invisible in the situation and being more worried about elections.

Sanjay Jha has assured people that Bihar is in very good shape, despite the floods. He has said “We are fully prepared. All repair works were complete before the floods came. Surveys of the flood-prone areas have been made beforehand with the help of drones. Personnel are involved in relief and rescue work, and engineers have been deployed in areas deemed to be vulnerable,”. However, amidst all this the question of when a permanent solution can be derived for these problems continues to haunt everyone’s minds.