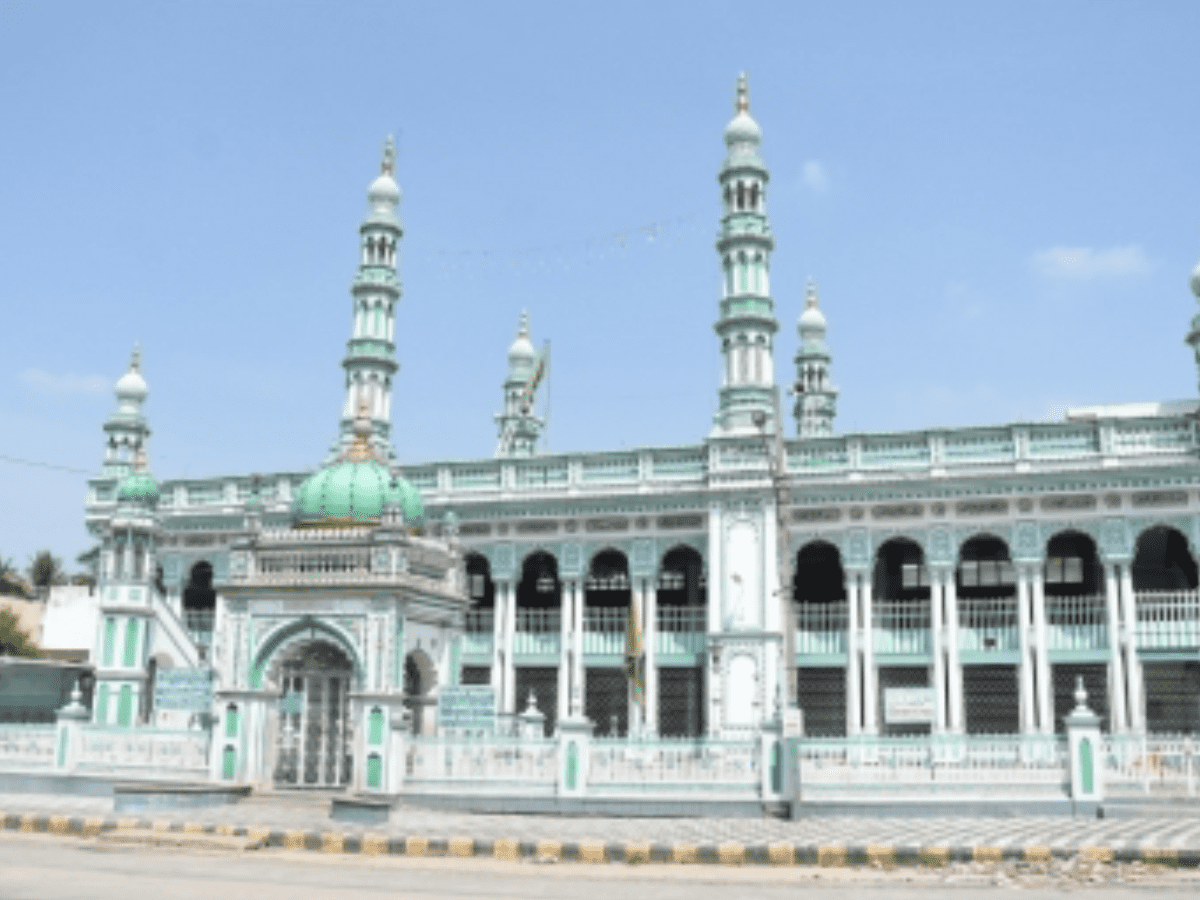 The Eidgah Maidan row recently resurfaced after the Bengaluru Mahanagara Palike (BBMP) declared that Idgah Maidan belonged to the Revenue Department, GOK. For a long time, Hindu outfits have been protesting over the issue of ownership of the Eidgah Maidan in Chamrajpet, Bengaluru. There are fears of communal tensions arising as Right-wing groups have now started to demand the demolition of the Idgah Tower present at the controversial site. The Eidgah Maidan Land spreads over two acres which originally had around 10 acres. The land was given to the Muslim community by the royal Wodeyar family of Mysuru decades ago. It was primarily used as a burial ground and for building an Eidgah. Eidgah is a designated space for prayer for the Muslim community.

However in 1964, after a long legal battle, Hon’ble Supreme Court declared that the land belonged to the Central Muslim Association (CMA). A separate land was allocated near Mysuru road for burial which lead to the land area shrinking to the present two acres. The remaining land to this date is used by devotees to offer Eid prayers in front of the existing Minbar. In 1965, The Eidgah ground was gazetted by the Karnataka Waft Board to be in its custody run by the CMA. The controversial site, also used for cow grazing and as a children’s playground was unfortunately targetted by Hindu right-wing groups who sought to know the details regarding the ownership of the land. In 2013 The RSS and the Police were confronted over an incident where 500 RSS members tried to pass through the Eidgah Maidan in their annual Vijayadasami march. The Bengaluru police refused to entertain their pleas and prevented the march, further irking the Right-wing groups. The situation got out of hand when the Hindu activists notably Shri Ram Sene and The Hindu Janajagriti Samithi in June 2022 sought permission from BBMP to celebrate their festivals on the disputed land.

It is important to consider the location of the land. On one side of the ground, including parts of Chamrajpete are densely populated Muslim areas, The Jama Masjid being an important landmark. The other side of the ground however serves as RSS strongholds, areas around Basvanagudi, a notable landmark being the Shankar mutt. 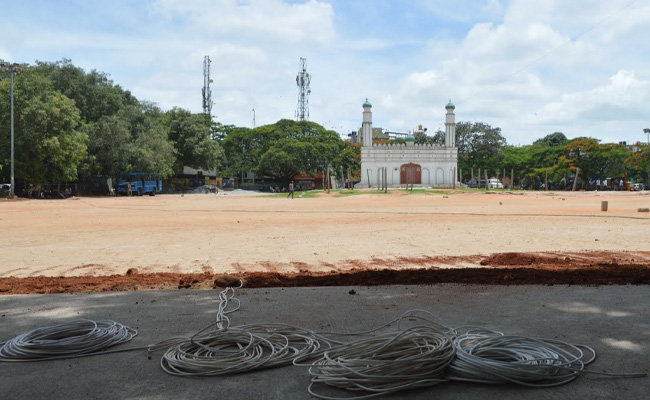 The BBMP and the Karnataka State Wakf Board were at loggerheads with each other, claiming the ownership of the maidan. at first, The BBMP, as per the 1974 metropolis survey, argued the Idgah maidan was indicated to be a playground and civic property belonging to the city’s corporation. The BBMP had also asserted neither the Karnataka State Board of AUQAF partook in the 1974 survey of the city nor did any Muslim organization record their claim over the ownership of the disputed land. This claim was challenged by CMA. On June 6, 2022, Harish Kumar, the BBMP Special Commissioner, told the media that they are in possession of the Eidgah Maidan, and except on the two days when Muslims offer Eid namaz, permission for other activities (including religious ones) can be considered. 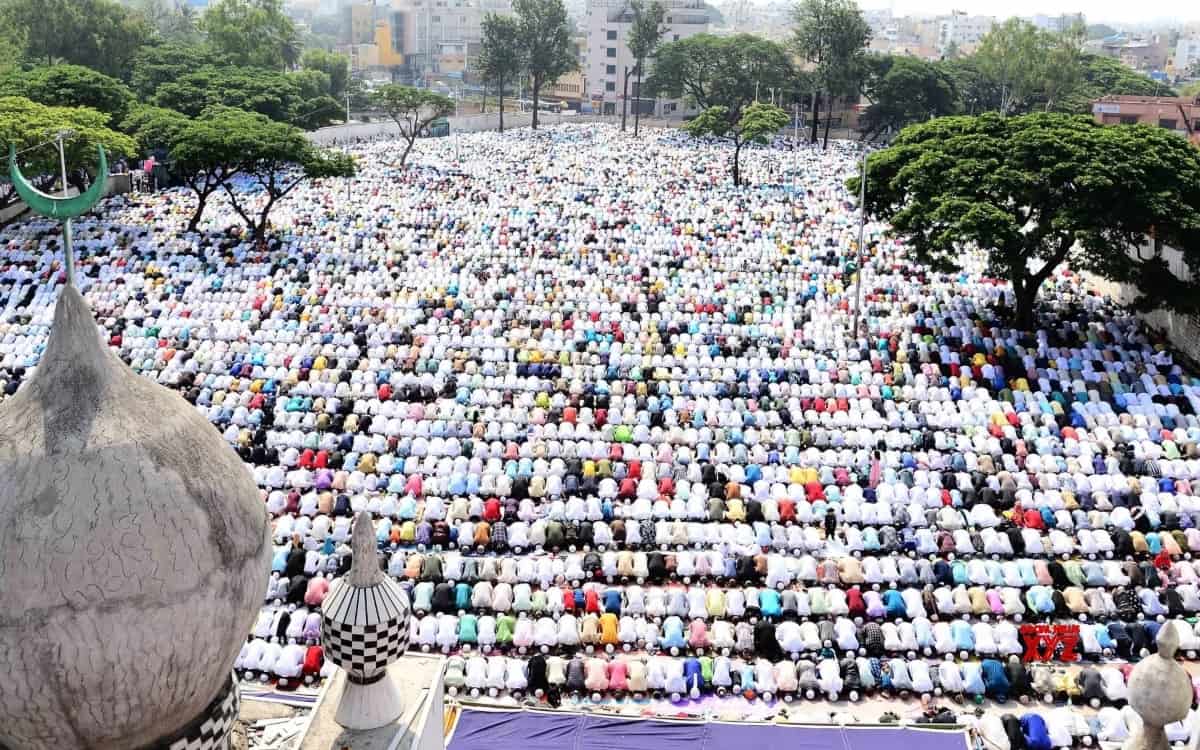 The BBMP shockingly changed its narrative and gave up its claim over the land in June 2022. Speaking to the reporters on 22 June 2022, Tushar Giri Nath, the Chief Commissioner of BBMP said, “We do not own the land, but had the maidan in our possession.” Recently  The BBMP Joint Commissioner ( West) passed an order declaring that the property will be brought under the ownership of the Karnataka Revenue Department. Apparently, the BBMP had given two-months time to produce the documents. as the Wakf board failed to show up with the documents the board refused to issue the khata and declared the Karnataka Revenue Department as the default owner of the land.

Objecting to the BBMP’s decision, Wakf Board Chairman Shafi Saadi stated that the board would wage a legal battle. “The Supreme Court has given a verdict in 1965 that The Idgah Maidan was the property of the Wakf board, so the decision is not tenable and the order amounts to contempt of the Court. We are approaching the legal experts now,” Saadi said.

After the BBMp gave its decision, the Hindu outfits now started demanding the demolition of the said Eidgah Tower citing illegal structures. Since the maidan is on their current radar, it’s only a matter of time before communal clashes engulf the nation.