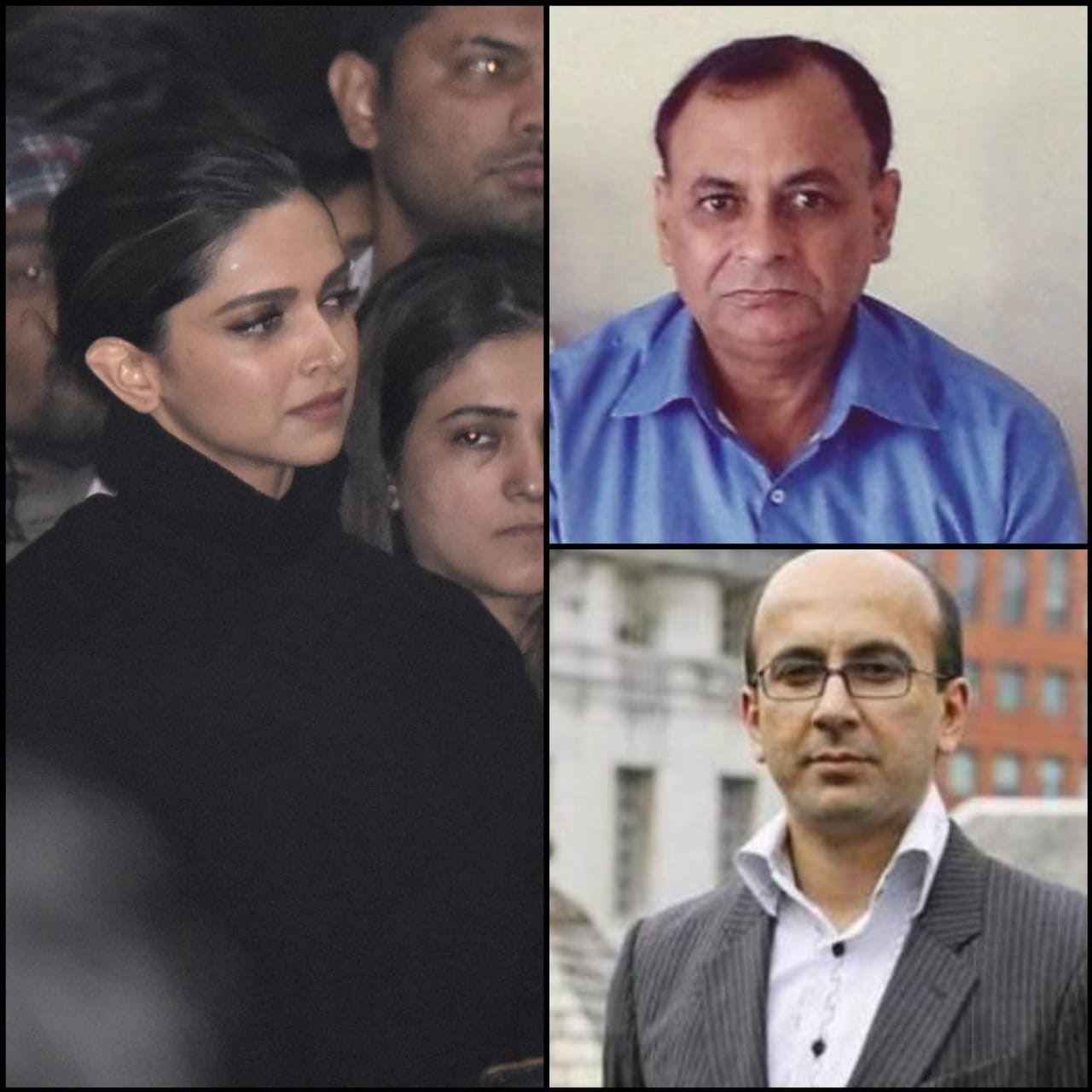 Twitterati have yet again found another reason to boycott Deepika Padukone. This time ex RAW officer, NK Sood has alleged on his YouTube channel Indian Security Research Group that Deepika went to express solidarity with JNU students during anti CAA protests on instructions from a Pakistan businessman called Aneel Mussarat,. He also alleged that she got two phone calls, one from Karachi and other from Dubai, probably from Mussarat or his associates, before visiting the JNU campus and received Rs 5 crores to do so.

Who is Aneel Mussarat? He is a British – Pakistani businessman based in Manchester who is also affiliated with Pakistan based political party Pakistan Tehreek – e – Insaf and has also advised Imran Khan on a manifesto pledge. Well Mr Sood has went on to say that Mussarat has deep connections with Bollywood and he funds Bollywood movies which project anti-national, anti-Hindu sentiments. He has also said that Mussarat funded the anti CAA protests in London and he also payed Sonam Kapoor for her tweets on CAA.

This is however not the first time Mr Sood has made allegations about people. Although he presently has no ties with the NIA or RAW, he keeps making one allegation after other most of which have no proof. So here are some allegations he has recently made.

Yet again, Mr Sood has been posting political content propagating right wing ideology and nationalism for 7 months. What is this sudden interest in Bollywood? If Deepika Padukone posting about mental health is now being referred to in the same context as PR stunts, then what is Mr Sood doing?

In most of his videos, Mr Sood hasn’t revealed who his sources are. He has no backing whatsoever, except the Twitter army who of course are the new investigating officers, who jump to build on these information pieces with their own conspiracy theories.

Let us move back a little to August 2019. The same Mr Sood had posted a picture on twitter with the caption “This is the house of unemployed Ghulam Nabi Azad in Kashmir. See how much loot he has made”. Ghulam Nabi Azad is a Congress leader who was also the Chief Minister of Jammu and Kashmir(2005-08). Anyway, within an hour Mr Sood was called out on twitter as the picture he posted was of the Hotel Dal View in Srinagar, from booking.com. I am not laughing, are you?

Now this is the thing. No one wants to verify, or fact check information anymore. Internet is easily affordable now, but instead of doing as much research as possible about every piece of news, we simply create boycott hashtags and troll people. Earlier in January, when Deepika Padukone visited JNU, netizens said it was a PR stunt to promote her movie Chapaak and appealed to boycott the movie. The same people are now arguing that she went there based on Mussarat’s order and are asking people to boycott the actress herself. Did any legitimate source confirm this information for these people to harshly troll and abuse someone on social media? Not really.

During the CAA protests, the nation witnessed the arrests of a lot of activists, including students as they were slapped with sedition and unlawful activities charges. So if these allegations are true why dint the Home Ministry or the Police force take any action against the actress? Anyway, we do not want to jump to conclusions, so let us wait and see if the Enforcement Directorate (ED) or the NIA will pursue further investigation in the matter like NK Sood has alleged.

WHAT YOU NEED TO KNOW ABOUT THE NEW EDUCATION POLICY