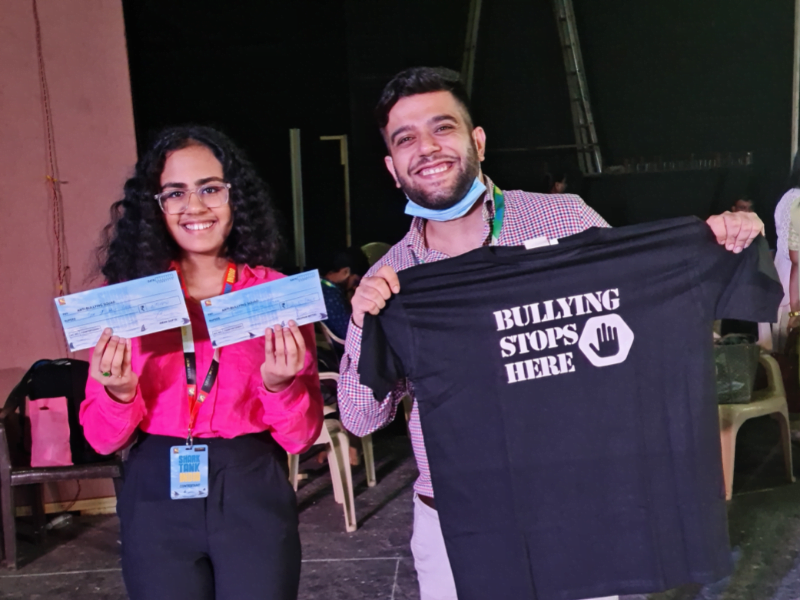 Anoushka Jolly, a Class 8 student, became the youngest entrepreneur to receive money for her idea on the reality show “Shark Tank India.” The 13-year-old came on the show to promote her anti-bullying app, ‘Kavach,’ for which she was awarded Rs 50 lakh in financing.

The app’s goal is simple but vital: to expand across the country and educate as many students and schools as possible about the necessity of anti-bullying. It will also organize webinars and one-on-one lectures against bullying around the country.

The ‘Kavach’ app will allow children and parents to anonymously report bullying situations, allowing schools and counselors to intervene and take action.

Jolly, a student at Pathways School in Gurugram, aims to create a wide network of anti-bullying ambassadors who will monitor the progress of those who have been influenced directly or indirectly by the app.

Speaking to PTI, Jolly said “However, during the process, I realized that most of these incidents do not get reported and hence, do not get resolved. So, I came up with an idea of creating a bullying reporting mobile app ‘Kavach’ to anonymously report incidents,”

Over 2,000 students from over 100 institutions and colleges have benefited so far. For more than three years, the 13-year-old has been in charge of the ABS digital platform.

The site also helps users to better understand bullying and its ramifications, along with adopting a vow to prevent the problem. In an interview with PTI, Jolly said that the store also sells anti-bullying merchandise.