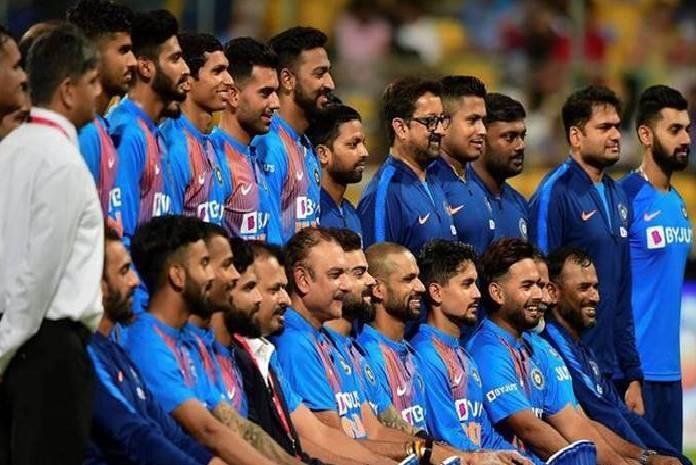 On 29th October, 2020, The #CricketAustralia (CA)announced the ODI and T20I squads for the upcoming series next month. While, The #Board of Control for Cricket (BCCI) on 26th October announced the same for #India’s tour of #Australia, after the All India Senior Selection Committee met via video conferencing.

According to the CA’s provisional schedule, the tour is likely to start with the #ODIs on November 27, while the 4 tests are scheduled from 5th January in #Brisbane. #Sydney and #Canberra are most likely to host the white-ball leg (T20 and ODIs) while #Brisbane, #Adelaide, #Melbourne, and #Sydney are the selected venues for the four-match Test series.

Unfortunately, #Rohit Sharma has not been included in any of the squad. He was ruled out of the Australia tour with a hamstring #injury. The selection committee, led by former Indian spinner Sunil Joshi, did not include his name in the squad because ‘the protocol prevents them from including any player injured at the time of selection.’

#KL Rahul, who was dropped from the Test team after the 2019 series in West Indies, has returned to the Test squad while #Hardik Pandya, who hasn’t played for India since last September will feature in the white-ball formats.#Mohammed Siraj has also been called up for the 4 match series in December-January in place of #Ishant Sharma, who has suffered an abdominal injury while training for Delhi Capitals. The BCCI Medical Team will continue to monitor the progress of both the injured players throughout.

Given similar injuries, all-rounder, #Mitchell Marsh has not been selected in either of the squads which will be led by #Aaron Finch with #Pat Cummins as his deputy. Indian Express has reported that, ‘India will be touring Australia in a #bio-secure bubble in November where they take part in four Test matches, three ODIs and three T20Is after the conclusion of the ongoing IPL 2020 campaign.’

BCCI President #Sourav Ganguly has revealed that Team India will follow the #quarantine protocols in Australia. Due to the ongoing IPL 2020, most of the Indian team cricketers are now in the UAE and are supposed to fly to Sydney next month and quarantine for 14 days there.Further on, Ganguly also suggested that Cricket Australia would try to accommodate the families of cricketers in the tour.