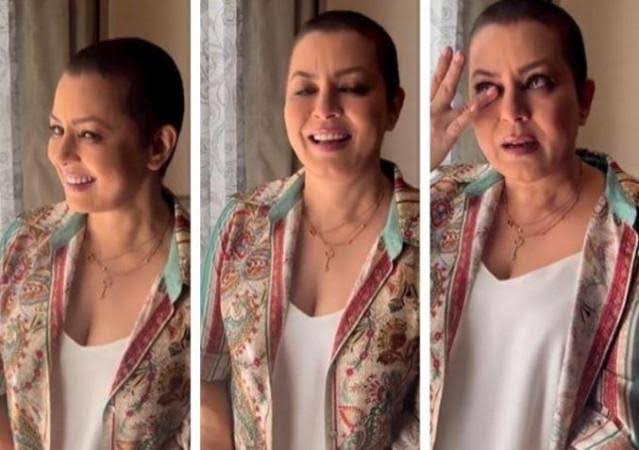 On Thursday, actor Anupam Kher, who frequently uses his instagram account to spread awareness regarding several matters, made a post regarding actress Mahima Chaudhry, who had been diagnosed with breast cancer.  Anupam Kher posted a video of the actress in which she recounted her entire journey. Mahima was hailed as a “hero” by Anupam because of her bravery and resilience.

Mahima Chaudhry made her acting debut in Shah Rukh Khan’s 1997 film Pardes. The actress married Bobby Mukherji in 2006, but the couple split in 2013.  Mahima was last seen in the film Dark Chocolate, which was released in 2016. The film was based on the true story of Sheena Bora, the daughter of Indrani and Peter Mukherjea.

Chaudhary, who has since been absent from the big screen, revealed in the clip that she was receiving treatment for breast cancer in the United States. The video shows Mahima telling Kher the news after he had called her to offer her a part in his film. Mahima not only confided in Kher, but also asked if she might come to the set wearing a wig.

Mahima teared up as she discussed her diagnosis and treatment, as well as how she had to hide the news from her mother.

Along with the video, Kher also wrote a lovely caption, which reads, Story of @mahimachaudhry1‘s courage and Cancer: I called #MahimaChaudhry a month back from US to play a very important role in my 525th film #TheSignature. Our conversation turned to her discovering that she has #BreastCancer. What followed is in this candid conversation between us. Her attitude will give hope to so many women all over the world. She wanted me to be part of her disclosing about it. She calls me an eternal optimist but dearest Mahima! “You are my HERO!” Friends! Send her your love, warmth, wishes, prayers and blessings. She is BACK on sets where she belongs. She is ready to fly. All those producers/directors out there! Here is your opportunity to tap on her brilliance! Jai ho to her!!