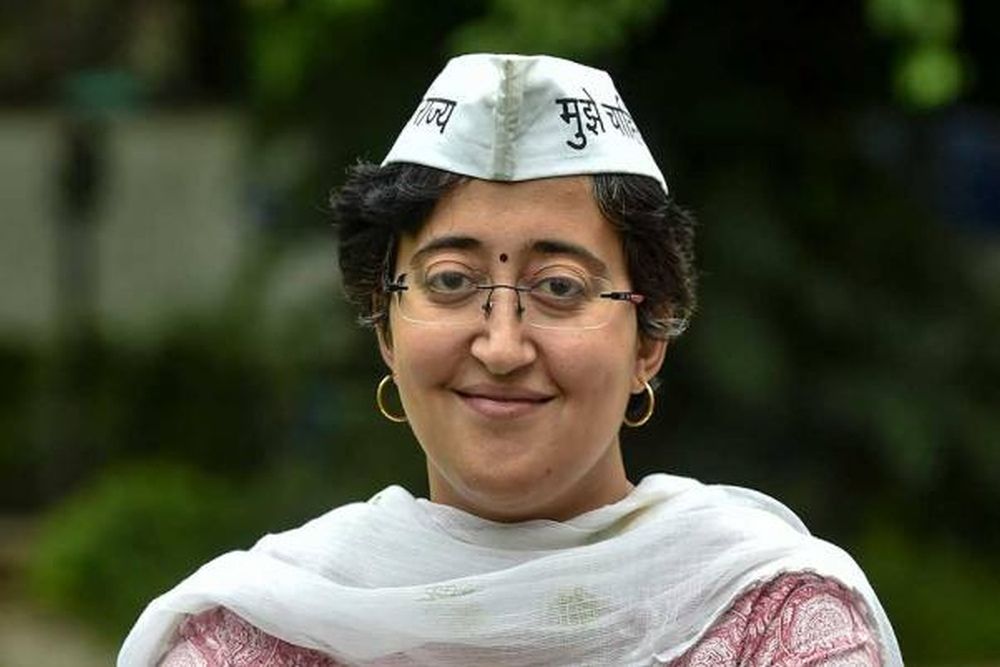 Atishi Marlena, AAP MLA from Delhi has come out in support of Delhi CM Arvind Kejriwal after he urged the Centre to print photos of Lord Ganesh and Goddess Lakshmi on currency notes alongside Mahatma Gandhi. Several other Prominent AAP leaders have also come out with supportive statements amid controversy over Delhi Chief Minister Arvind Kejriwal’s call for Hindu gods to be represented on currency notes. He suggested that the new notes have an image of Mahatma Gandhi on one side and the two deities on the other. “I want to urge the BJP with folded hands to not oppose this proposal. This is not only Arvind Kejriwal ji’s proposal but that of all 130 crore countrymen. You hate Kejriwal ji, but why hate Lakshmi ji and Ganesh ji? Why hate the prosperity of the country?” she asked during a press conference on Wednesday afternoon.

“Despite making efforts, sometimes our efforts do not fructify if the gods and goddesses are not blessing us. I appeal to the PM to have images of Lord Ganesha and Goddess Lakshmi on our currency. If there is an image of Lakshmi-Ganesha on our currency, our country will prosper. I will write to the prime minister in a day or two on this,” Kejriwal opined.

Reacting to the press conference, one twitter user said. “It is not the proposal of 130 cr Indians but it is your dirty politics where you have not even thought for a second to bring Lord Ganesh and Maa Lakshmi into your dirty politics.. Moreover, that is your agenda.” Another user said, “ I appeal to the central govt & the PM to put the photo of Shri Arvind Kejriwal on our fresh ZERO currency notes.” Referencing Atishi’s comments, another user said, “Another example of how education is no guarantee for decent public discourse. St. Stephen’s and Oxford mean little.”

Born to Delhi University professors Vijar Kumar Singh and Tripta Wahi, Marlena did her schooling from Springdales School in New Delhi and studied history at St. Stephen’s College. She went to Oxford University for her Masters in the same subject on a Chevening scholarship. She later joined as a Rhodes scholar in Magdalen College, Oxford, in 2005.

Marlena got involved with organic farming and progressive education systems, when she moved to a small village near Madhya Pradesh’s Bhopal. She worked with several non-profit organizations there, where she casually met some AAP members including Prashant Bhushan and there began her journey to become an important part of the Aam Aadmi Party.