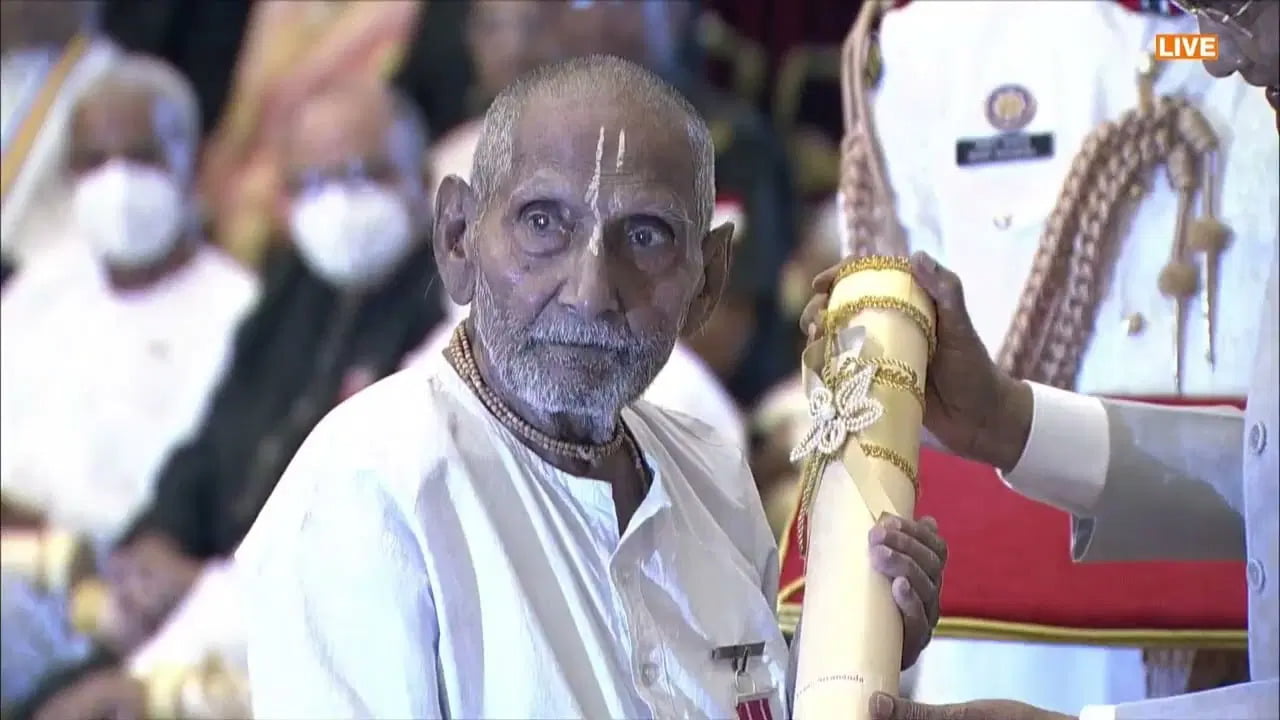 The yoga guru was dressed in a simple white kurta and a dhoti while walking bare feet in the Darbar Hall of the Rashtrapati Bhavan. Although he had bowed down, Swami Sivananda knelt before PM Modi, which drew a round of applause from other guests. Seeing his gesture, PM Modi had bowed down with folded hands and touched the ground.

Swami had also knelt again in front of the President. President Kovind helped him to rise to his feet and handed over the award and the citation. The President was seen talking with Swami after conferring the award, and the two posed for photographs.

Swami Sivananda has dedicated his life to the welfare of fellow human beings. He has taken care of the people who are affected by leprosy at Puri for the past 50 years.

He was born on 8th August 1896 in the district of Sylhet, currently in Bangladesh, of undivided India. After his parents died at the mere age of six, he was brought to Guru Omakaranada Goswami’s Ashram in Nabadwip in West Bengal. Swami Sivananda, without formal schooling, received all practical and spiritual education, including Yoga, from Guru Omkarananda.

He believes that the world is his home and the people are his mothers and fathers. Moreover, he believes that to love and serve them is his religion. He has worked tirelessly to serve the underprivileged in North East India, and other cities such as Varanasi, Puri, Haridwar, Nabadwip, and so on.