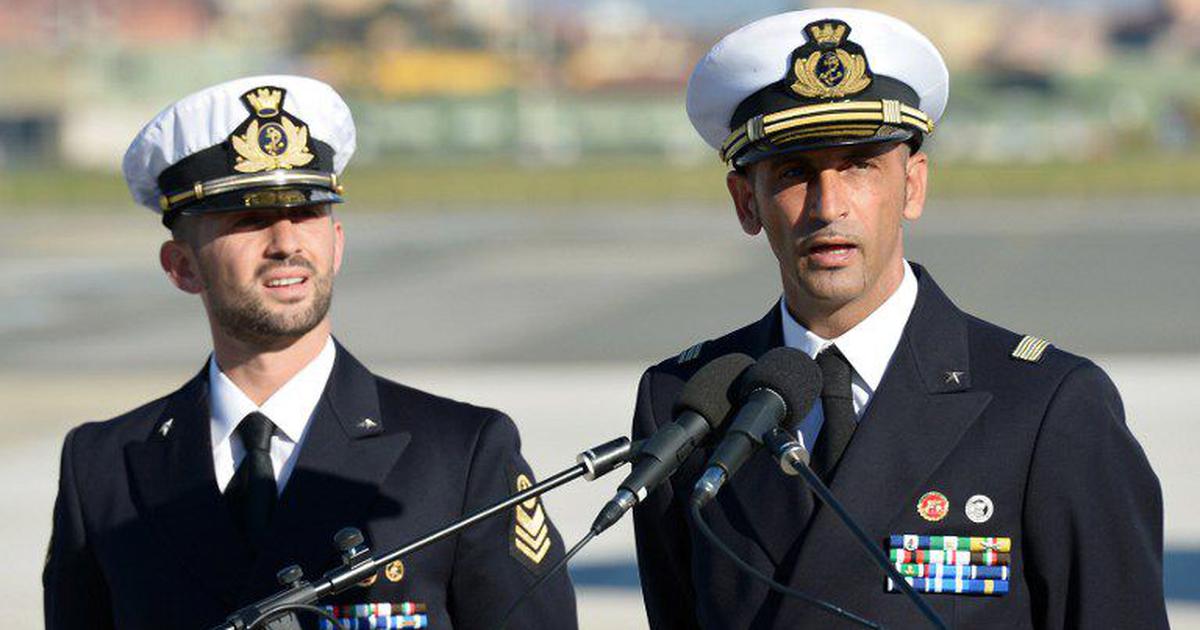 After eight years since the incident, the Permanent Court of Arbitration in Hague, Netherlands delivered a verdict in the Enrica Lexie Case which came as a huge disappointment to Indians. It said that the two Italian marines: Salvator Girone and Massimiliano Latorre who killed two Indian fishermen in 2012, on the coast off Kerala in India’s exclusive economic zone cannot be prosecuted under Indian Law. Upholding the conduct of Indian authorities in the case, the verdict said that India is eligible to receive a compensation from Italy but cannot prosecute the marines as they enjoyed immunity from the Italian government.

Citizens are expressing their disappointment with the verdict on social media, since 2nd July.

Now let us look at all the events including various organizations and courts, controversies and political dramas that led to this final verdict.

Ajesh Binki and Valentine, two Indians aboard the vessel St. Antony were killed on 15th February 2012 on international waters after two Italian marines onboard of MV Enrica Lexie, an Italian flagged commercial oil tanker shot them. Soon after, Enrica Lexie was stopped in Lakshadweep and the two Marines were detained and taken to the Kochi Port.&nbsp; Italy’s foreign minister at that time wrote in an Italian newspaper that the Enrica Lexie had only entered Indian waters as the local police had sought their help in the identification of a few pirates which required them to go to Kochi port. The Marines mistook the fishermen for pirates and were then shot. The then Indian foreign Minister Salman Khurshid dismissed these claims as unsubstantial. Following this, the two Marines Salvator Girone and Massimiliano Latorre were taken into judicial custody and following the post-mortem reports were booked for murder under Section 302 of IPC.

The Italian Consul General in Mumbai filed a petition in the Kerala High Court on 23rd February 2012 tow issue a stay on all the proceedings against the Marines as the Kerala police had no authority to conduct the investigation as the incident had occurred on international waters and not Indian territory. While asking the state and central governments to file counter affidavits, the Kerala HC in response to the petition filed also advised the Marines and Italian government to cooperate in the ongoing investigation.

Italy again filed a petition in the Supreme Court of India in September 2012 to reject the court proceedings in Kerala as the two Marines were entitled to immunity by the Italian Government. India denied this on the basis that there was no international treaty concerned with granting immunity from prosecution to private/ commercial vessels. After many arguments and counter arguments, the SC found that Kerala did not have jurisdiction in the area. Even though the state had jurisdiction based on the Maritime zones Act which said 24 nautical sea miles could be treated as Indian waters, the international law only granted jurisdiction over 12 nautical miles beyond which the incident had occurred. A special federal court was established for the prosecution of the two Marines (NIA).

In 2013, the Marines were granted a temporary leave to cast their vote in the Italian elections in June. However, the Italian government refused to send them back unless the Indian government reassures that the marines will not face death penalty when returned. UPA government, which was in power then, responded by imposing a restraint on the Italian Ambassador in New Delhi preventing him from returning to his country. The Marines were returned as a result of several diplomatic discussions, their requests were not assured. Upon their return the National Investigation Agency of India filed FIRs against the two marines on the charges of murder, attempted murder, mischief and conspiracy. Further during February 2014, following the dropping of SUA charges (which regarded the incident as international terrorism), the charges against them were downgraded to violence from murder which ensured that they will not face death penalty.

3 years after the incident, Italy appealed to International Tribunal for the Law Of the Sea (ITLOS) to grant the Marines permission to stay in their own country during the trials. ITLOS issued a judgement on August 24, 2015 and instructed both the countries to suspend their domestic prosecutions in the case and restrain from taking any steps that might “might jeopardize or prejudice the carrying out of any decision which the arbitral tribunal may render”. The matter was moved to Arbitral Tribunal after this. According to the United Nations Conventions for the Law Of the Sea (UNCLOS) a special designated tribunal of 5 members were constituted on November 6, 2015. Girone was allowed to return to Italy during the arbitration period and Latorre was already there as he was granted medical leave from Supreme Court after he suffered a stroke two years before.

Finally, the verdict was delivered on 2nd July 2020.The Ministry of External Affairs said that “The international tribunal held that the two marines violated the international law, and as a result Italy breached India’s freedom of navigation under the UNCLOS”. They also said that the verdict stated that “immunities enjoyed by the Marines as State officials operate as an exception to the jurisdiction of the Indian courts and, hence, preclude them to judge the Marines”. It was decided that India is entitled to receive payment of compensation in connection with loss of life and physical and moral harm to the crew members of St. Antony.

During the election campaigns of 2014, Mr Narendra Modi constantly targeted the UPA government, especially Sonia Gandhi with relation to the Enrica Lexie case. He raised several questions such as “Italian marines mercilessly killed our fishermen. If Madam is so ‘patriotic’ can she tell us in which jail they are lodged?” “Who were those people who provided safe passage for Italy’s killers to return to Italy?” “On whose directions did they return to Italy? Who were the powers that stopped them from coming back from Italy?” in both, his speeches and social media. He also promised to people that he will fight for the cause of the fishermen of Kerala. In reality, these promises were not fulfilled after the NDA government came to power. In fact, there were allegations made by Italian defence mid man Christian Michel that Modi cut a deal with the Italian government that we will return the Marines if the Italians could provide information about the involvement of Gandhi family in the Augusta Westland scam.

After BJP came to power, Congressmen weren’t behind to start attacking the NDA government regarding the same issue especially after the PM met with his Italian counterpart in 2017 and dint even mention the Mariners case. Former law minister Kapil Sibal said “Modi had no objection even when he met the Italian Prime Minister. That is the deal. We have said it publicly. This is their kind of foreign policy”. The members of the INC always used this angle to attack the NDA government and their agendas.

Amidst all these attacks against each other, no benefit was made to the case. Neither of the ruling governments were able to fast track the legal proceedings during their respective tenures. It remained a political propaganda.

The diplomatic relationship between India and Italy also suffered a fall out due to this case. The India- EU summit was called off in March 2015 as Brussels did not provide a response to India’s proposal for dates. Italy blocked India’s entrance at the meeting of Missile technology Control Regime at Rotterdam stating that India was not a member of NPT in October 2015. Apart from this, there were constant back and forth allegations, arguments and dismissals between the foreign ministries of both the states.

The verdict can be described as a big step back for India on the global front. Even after years and years of dragging the case, Indians are not convinced that due justice is given to the fishermen. This case should be an example and lesson to the leaders of India that unless they set aside their political propaganda’s and display a united front to the world, we could lose many such cases and causes to other countries.

WHY PM MODI’S VISIT TO LADAKH WAS NOT VERY DIFFERENT