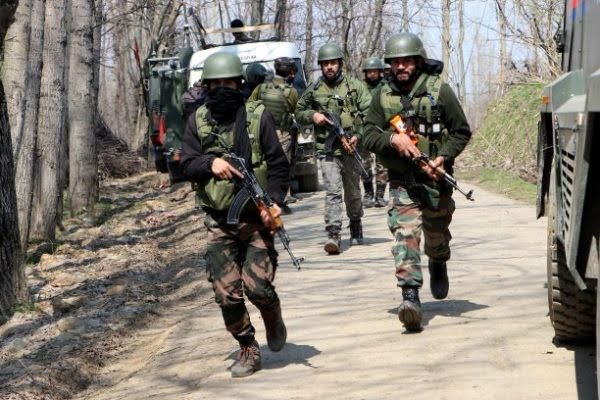 There was a movement detected on Thursday [23rd september] morning in the Rampur sector near Jammu & Kashmir. The Indian army terminated three terrorists found along the Line of Control near Uri.

The Indian army seized a cache of ammunition. They found five AK-47 rifles, eight pistols, and 70 hand grenades from the terrorists during the operation.  The identity of those terrorists shows that one among them is Pakistani. The details of the other terrorists are yet to be released.

The Indian army mentioned that the terrorists had crossed over to the Indian territory from Pakistan-occupied Kashmir. Earlier this week, the army launched an enormous search operation in Uri because they noticed suspicious movement along the Line of Control. Since the 18th of September, the Indian army has been trying to track down the infiltrators. Even the mobile voice calls and the internet were suspended in the area on Monday [21st] afternoon. The army has been on high alert since then.

General DP Pandey, Commander of Chinar Corps told the media, “In the early hours today, there was movement observed in Hathlanga forest, Rampur sector. In brief, the attempt was eliminated, with the neutralization of 3 terrorists.”

He further stated, “On 18th of September night in Uri sector, there was an attempt to infiltrate, there were six militants, 04 were sneaking in and two were in the back. It is a dense forest. we had a brief firefight, and it seems they have been thrown back to that side. As of now, the operation is seized.”

There was a mention of another terrorist that was discovered earlier by the Indian army. On Wednesday [22nd], a terrorist -Anayat Ashraf Dar, was killed in an encounter with the security forces in Shopian district, South Kashmir.

He was an Over Ground Worker (OGW) of militants. He fired at a civilian Jeewer Hameed Bhat, who got seriously injured and is now hospitalized, thus the reason for his encounter. The police said Anayat also threatened other people in and around his village with his illegally acquired weapons.

Current scenario of Cryptocurrencies in India