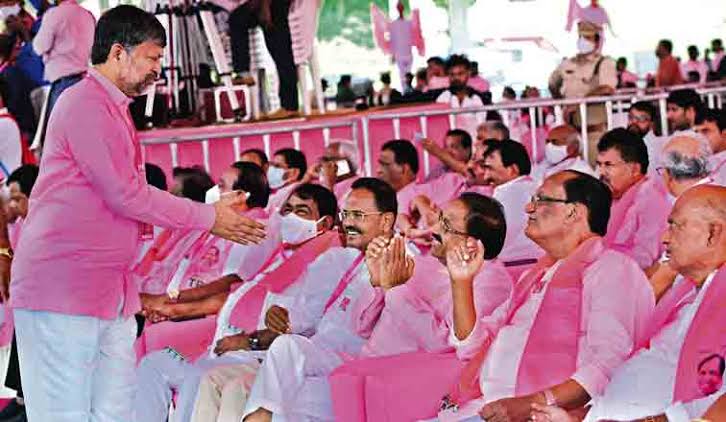 TRS still has a strong regional presence in Telangana

A JD(S) official said the new group would be a “conglomeration of various regional parties.”

“The idea is to put up a united fight against the BJP. Basically, it’s a combination of various regional parties who want to rise above their political differences and come together,” he added.

The Election Commission’s notification of the schedule for the Munugode by-polls in Telangana and his decision to step up his political campaign against the BJP are precisely timed to coincide. Votes would be counted on November 6 after voting, which is set for November 3.

The BJP became a major player in the 2020 civic elections in Hyderabad and won Assembly seats in the by polls held.

To increase the party’s presence in the southern regions of the nation, the BJP officials have been intensely concentrating on Telangana.

The TRS leadership intends to engage the public after changing the party’s name by promoting the “Telangana good governance model” in order to enter the national political arena and successfully challenge the BJP.

According to TRS sources, the TRS general body would gather at the party’s headquarters, “Telangana Bhavan,” and adopt a resolution enacting the name change.

TRS will further advocate welfare programmes being launched in Telangana, such as the “Dalit Bandhu” and “Rythu Bandhu” farmer support schemes, in its outreach campaign (Rs 10 lakh grant to every Dalit household to start any business or trade).

The TRS was founded by KCR in 2001, and eight years later, his son, KTR entered electoral politics by winning the Sircilla Assembly constituency. From that point on, he won four times, including a bypoll. He earned two postgraduate degrees, an MBA and an MSc in biotechnology, and is credited with making Hyderabad an IT hub that can compete with Bengaluru. 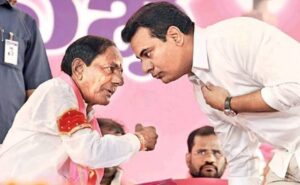 KCR with his son KTR 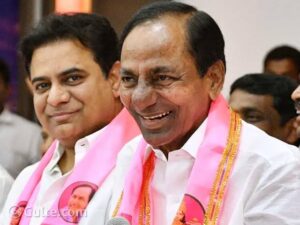 KTR has been equally critical of the BJP and Prime Minister Narendra Modi as his father. KTR prefers to use social media while the CM criticises the PM in public speeches and press conferences.

Hyderabad’s IT industry has grown significantly during his leadership. The minister also helped the city’s T-hub (Technology Hub) business incubator get off the ground in 2015. His IT policies have also prompted businesses to open offices in secondary locations like Warangal.

Since the implementation of the Telangana State-Industrial Project Approval and Self Certification System (TS-iPASS), which facilitates quick clearance for industrial projects, the state of Telangana has topped the ease of doing business index. The Kitex company of Kerala announced an investment in Warangal in 2015 of over Rs 1,000 crore.

TRS’s new approach is meant to help them transcend their current regional presence and establish a national one as they continue to prioritise technology-based growth. The results of their implementation will remain to be seen in the elections to come…..