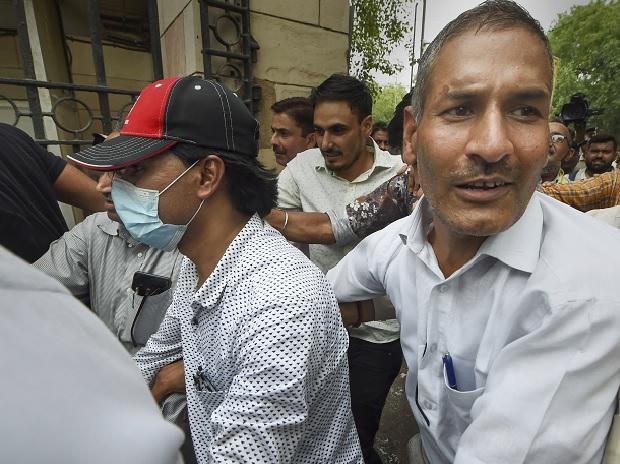 Recently the arrest of the co-founder of Alt news Mohammed Zubair has made headlines.

There are various opinions on the arrest and many have stood against this arrest.

Many also claim this is an attack on freedom of speech and have demanded Mohammed Zubair’s release immediately.

Many have also highlighted the role played by Zubair and Alt News in tackling disinformation in the last few years.

Here are some reactions of the world to Mohammed Zubair’s arrest.

The Editor’s Guild of India in a statement said that his path-breaking work in fact-checking has “made him a direct target of fake news generators.”

They have also condemned the arrest of Zubair.

Committee to Protect Journalists an international organisation has called upon authorities to immediately release Zubair.

Steven Butler, CPJ’s Asia program coordinator, in Washington, D.C took to Twitter to say “The arrest of journalist Mohammad Zubair marks another low for press freedom in India, where the government has created a hostile and unsafe environment for members of the press reporting on sectarian issues.”

“The arrest of journalist Mohammad Zubair marks another low for press freedom in India, where the government has created a hostile and unsafe environment for members of the press reporting on sectarian issues.” https://t.co/eYzmY0ysZW

Indian authorities must uphold free expression and #pressfreedom. Zubair must be immediately freed.https://t.co/a41WL9xEzk

The Press Club Of India in addition to calling for his release has also cited Prime Minister Narendra Modi’s promise to uphold freedom of speech at the G-7 meeting.

The Press Club of India demands that Muhammad Zubair be released by the Delhi Police pic.twitter.com/e9I9D1tMjd

Hashtags calling for Zubair’s release were widely used by many who pointed out that the work undertaken by him and fact-checkers like him were essential and kept truth at the forefront.

Our statement on the arrest of Mohammed Zubair pic.twitter.com/R9DBtx6pHF

With more than 500 thousand Tweets coming in support of it.

While sites like OP India are supporting the arrest saying he was arrested for inciting communal tensions due to his posts.

Even the UN has weighed on the issue saying “Journalists should not be jailed for what they write, tweet and say.”

The above statement was given by a spokesperson for UN chief Antonio Guterres on Tuesday.

Dujarric was responding to a question at the daily news briefing in the United States on Mr Zubair’s arrest.

Current status of the case.

Delhi Court remands Mohammed Zubair, Co-Founder of Alt News to 4 days of police custody. He was arrested yesterday by Delhi Police over a 2018 tweet for hurting religious sentiments and promoting enmity.

Zubair has been produced before Chief Metropolitan Magistrate Snigdha Sarvaria of the Patiala House Court.

The Court has extended by four days the custodial interrogation of Alt News co-founder Mohammed Zubair in a case related to an “objectionable tweet” he had posted in 2018 against a Hindu deity.

Zubair is being represented by Senior Advocate Vrinda Grover.