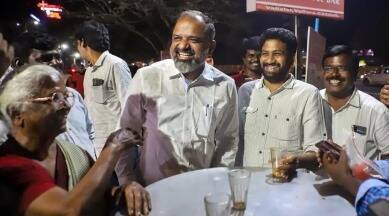 One event that shook the whole country is Rajiv Gandhi’s assassination.

Rajiv Gandhi (PM of India then) was assassinated by a suicide bomber working for LTTE(Liberation Tigers Of Tamil Eelam), an organisation involved in Sri Lanka’s brutal civil war.

An investigation into the event leads to an SIT report.

SIT chargesheets 41 accused including 12 dead, and three absconding, before a special TADA trial court in Chennai.

One of the accused was A G Perarivalan.

He was arrested at the age of 19, for allegedly supplying 2 Nine Volt batteries which were then used in the bomb that ended up killing Prime Minister Rajiv Gandhi and 15 others.

What has been the timeline of these events? Why did the ruling come now? What is the people’s reaction? Let us find out in the article. 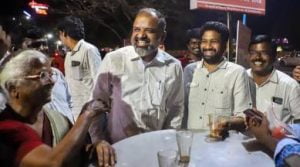 What has been the timeline of these events?

First, as mentioned A G Perarivalan was arrested when he was 19 years old.

On January 28 1998, after a  prolonged trial, the TADA court sentences 26 accused to death including Nalini and Perarivalan.

Again in May 1999, Supreme Court upholds the death sentence of four including Murugan, Santhan, Perarivalan and Nalini, and three others to life sentences.

Then in 2001 the three death row convicts s, including Santhan, Murugan and Perarivalan submitted mercy petitions to the president of India.

In 2006 Perarivalan writes an autobiography while still on death row, claiming that he has been falsely implicated in a scandal and the confession was taken under duress, that he bought a battery to make the bomb. He maintains he didn’t know what and how the batteries were used for.

The case drags on: Plot Thickens

After 10 long years on Aug 11 2011, the then president Pratibha Patil rejects their mercy petitions.

On September 9, 2011, the three convicts were going to be hanged but Madras HC stayed their execution, simultaneously a resolution is also passed by the then chief minister, late J Jayalalithaa, seeking commutation of the death sentence.

On 24th February 2013 KT Thomas argued for commuting the sentence to life imprisonment by raising the issue of the double jeopardy clause, according to him hanging the convicts after 23 years will be unconstitutional as they have already served some form of punishment for their crimes.

“This appears to be a third type of sentence, something which is unheard and constitutionally incorrect. If they are hanged today or tomorrow, they will be subjected to two penalties for one offence,” he said.

In November 2013 Former CBI SP V Thiagarajan, who had taken the convection agrees that the statement by Perarivalan had been modified as he never mentioned he ever knew what these batteries were used for.

Between 2014 and 2018, First, the SC commutes all three convicts to life imprisonment, the accused Perarivalan put mercy petitions to the Tamil Nadu Governor who sits on the petition, meanwhile, The Tamil Nadu government granted parole to Perarivalan, the first after his arrest in 1991 and Tamil Nadu cabinet recommends the release of all seven convicts. 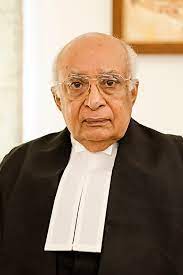 Why did the ruling come now?

From the timeline, we understand the case was complicated with stakeholders involved thus it took time. Delay was also caused by Tamil Nadu Governor who sat on the mercy petition for a long time even ignoring the cabinet’s recommendation.

Thus SC had to intervene again, thus court in January 2021 asked the governor to make a decision fast or else “the court will be forced to release them citing the inordinate delay.”

As the governor continued his inaction and continued disobeying the State’s cabinet the Apex court gave out a decision which stated “In exercise of our power under Article 142 of the Constitution, we direct that the Appellant is deemed to have served the sentence in connection with (the) crime. The Appellant, who is already on bail, is set at liberty forthwith. His bail bonds are cancelled.”

The bench comprising of Justices L Nageswara Rao, B R Gavai and A S Bopanna also disapproved of the Tamil Nadu Governor sending the mercy petitions to the President.

The judges also disapproved of the Union of India vs Sriharan and its argument that the “appropriate Government” to decide remittance is only extended to the central government.

The judgment said that both state and union have this right, union government might only have precedence if “executive power had been expressly conferred on the Union under the Constitution or the law made by the Parliament, failing which the executive power of the State remained intact.” 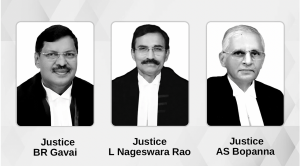 What is the people’s reaction?

The reaction has varied in various groups.

Tamil Nadu Congress leaders organised a protest against the hearing.

KT Thomas one of the constant figures in the case from 1999, has asked widow Sonia Gandhi to show magnanimity while calling out the Tamil Nadu governor as passing the buck to the president.

He has also wished to meet Perarivalan and in an interview with Indian express said “After the long incarceration and the release at the age of 50, what should I tell him? He should get married soon… He should live happily… with his dear ones. And I give complete credit to his mother (Arputham Ammal). She deserves the entire credit.”

While the families of the victims cry injustice.

Whatever people’s reactions are today has been an iconic day for the judiciary where it used its power to question the executive and offer “complete justice.” Credits:- The Indian Express, Times Of India and The Print