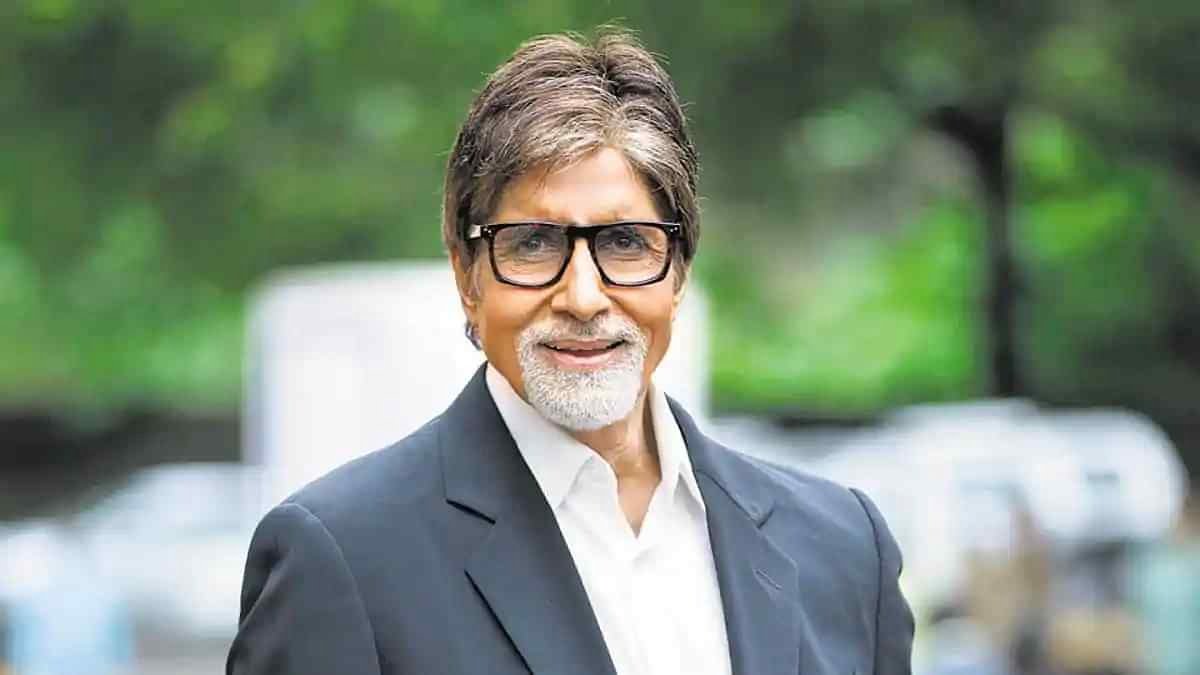 The man! The myth! The legend! It is our beloved #AmitabhBachchan’s birthday today. Loved by generations of audience in India and across the globe, Mr Bachchan has been a part of the entertainment industry for more than 4 decades. Over the years, he has seen the highest of highs and the lowest of lows which rightly makes him an institution of Indian Film fraternity. On his 78th birthday, we look back to bring out a few among the many reasons which rightly justifies his legendary status.

Before becoming the superstar we all know him as today, Amitabh Bachchan was denied a job at the All India Radio citing his voice as the reason while in reality, then presenter Ameen Sayani didn’t have the time to meet Bachchan and that is why he was rejected without an interview. When he gave auditions to act in movies, the film makers found him too tall to cast in their movies. Mr Bachchan didn’t give up on his dream, but pursued it till he found his big break.

Speaking of his big break, after delivering 12 flop films between the years of 1969-1973, came #Zanjeer in 1973. Starring his now wife Jaya Bachchan, Pran, Om Prakash and others, the movie introduced the audience to Vijay – ‘The angry young man’ of the Bollywood film industry. The movie is said to have had a whooping box office collection of Rupees 60 million at the time. Another iconic film which released in 1975 which gave groundbreaking success to Mr Bachchan was #Sholay, of which not much need to be said because come on, who doesn’t know everything there is to know about the Jai-Veeru friendship story.

Although Mr Bachchan was criticized for maintaining close ties with the Congress party during Indira Gandhi’s infamous emergency, his movies of the time were quite the contrary. The protagonist of Bachchan’s movies always stood up for the working class and the injustice doled out to the common citizens by the ruling class. Be it the double acting stint in #Deewar or the porter in #Coolie, Bachchan represented the youth of the country.

Due to the persuasion of his dear friend, former Prime Minister Rajiv Gandhi, Mr Bachchan took a hiatus from acting for a while and joined politics in 1984. He even won from the constituency he contested from with a record margin. However, after 3 years, Big B decided that he was being ‘disillusioned’ by politics and wasn’t able to keep up the promises he made to the voters. Thus, he quit politics to come back to Bollywood.

Post his miraculous recovery after the injury he suffered while filming ‘Coolie’ in 1982, Amitabh came out of his house to greet his fans who were waiting to catch a glimpse of him. This tradition has continued ever since as every Sunday and on his birthdays, his fans flock the area in front of his residence ‘Jalsa’ to get a chance to catch sight or get a wave from their favorite actor. He expresses time and again on social media how he is indebted to the love he receives from his well wishers even after all these years. Also, the humble personality of the biggest star of India to come out to talk to his fans every week is noteworthy.

Even after spending more than 4 decades in the film industry, it looks like Mr Bachchan made no enemies at all. Everybody within the industry, no matter young or old, always have only the nicest things to speak about the Shahen shah of Bollywood. While there are a lot of examples of rivalry between actors in the recent days, Mr Bachchan remains an example for his ever-friendliness.

Mr Bachchan has been conferred with more than 200 awards, accolades and recognitions throughout his career and hundreds of nominations for the same. From Dada Saheb Phalke to filmfare awards, he has them all. This listing is so lengthy that Wikipedia decided to dedicate an entire page to publish about these wards and accolades. I, for one, was truly stunned by having a look at the page.

In 2013, Mr Bachchan made a cameo in Hollywood in the movie ‘The Great Gatsby’ along with #LeonardoDiCaprio and #TobeyMaguire. Although his fans were super thrilled that Big B could make his debut in Hollywood, Bachchan himself refused to call this his debut in Hollywood as he though the duration he appears on screen was too short to call it his debut. Global audience are eagerly waiting for a Hollywood movie which could allow the legend to showcase his acting prowess fully.

It is a well-known fact that even in his 70s, Mr Bachchan still works with the same zeal and passion in all his movies. His script selection in the recent times have been commendable. Be it the quirky, humorous Bhashkor in Piku or the retired lawyer Deepak Sehegal who comes to the rescue of 3 girls in Pink, the 12-year-old Auro in Paa or the serious lawyer Badal Gupta in Badla, Bachchan’s roles truly make a mark on the present-day movie lovers.