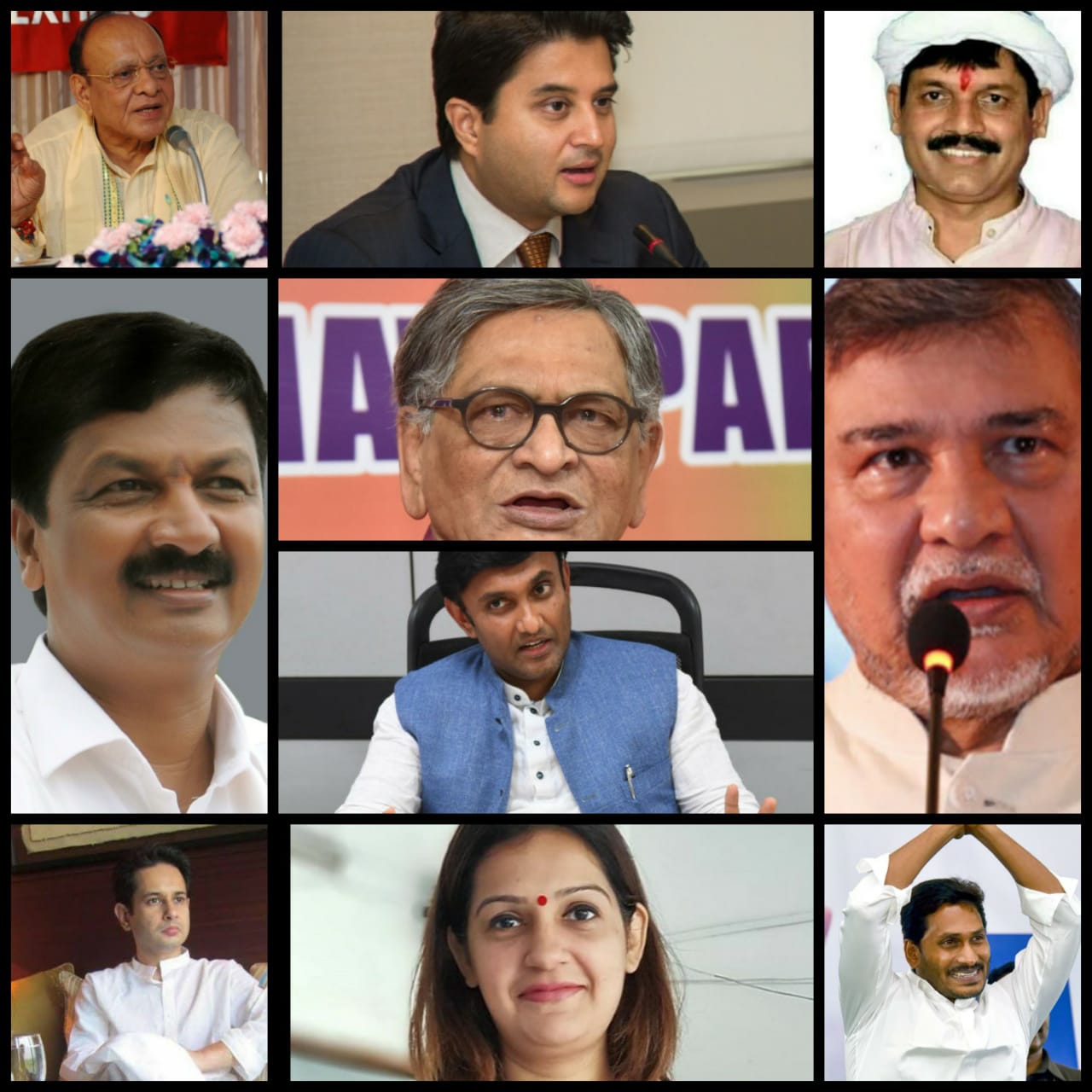 It is no secret that the Indian National Congress is losing many of its leaders the past few years. Many reasons like sidelining of young leaders, power reserved for the Nehru – Gandhi family, ideological clashes and of course, Operation Lotus by the BJP have led congressmen to quit the Congress party. Here are some of the key leaders the Congress lost in the recent years

This senior leader was associated with the party for 46 years. In the span, he was served as Karnataka’s Chief Minister, External Affairs Minister, Maharashtra Governor and Speaker of the Parliament. The news came as a shock to citizens everywhere when he decided to call it quits with the party. He said the Congress Party sidelining him on age considerations was the primary reason for his exit. This was one of the biggest blows to the INC as he later joined BJP.

This young leader was one of Rahul Gandhi’s closest associates. So, when he tendered his resignation earlier this year, it was a huge political twist in Madhya Pradesh. Although there were speculations of him leaving the party since 2018, it is said that he finally ran out of patience by 2020. The two immediate things which led to his resignation are stated to be that he wanted the President post of the Pradesh Congress Committee in MP and a Rajya Sabha seat from the state. When he couldn’t achieve either, Scindia announced his resignation on twitter in his letter to Sonia Gandhi after 18 years with Congress. 22 MLAs quit with him, leading to the downfall of Kamalnath government.

A couple days ago, another leader from MP, announced his exit from the Congress to join BJP. On the same evening he was given the post of the Chairman of Madhya Pradesh State Civil Supplies Corporation limited. An official said that he has been accorded the cabinet minister rank. Lodhi cited the reason for his exit as he believes that only BJP can improve the conditions of his assembly seat areas and the present CM Shivaraj Singh Chouhan has promised him the same.

This former Chief Minister of Gujarat quit Congress in 2017 ahead of the Rajyasabha elections. In the nineties, Vaghela who was a part of BJP, quit that party to form his own, which later merged with Congress, post which he became the CM. He said he was a victim of intra-party conspiracy and when he tried to inform Rahul Gandhi about this, he dint receive the response he expected, and this led him to quit.

This young leader from Maharashtra left the Congress party to join hands with Shivsena just before the 2019 Loksabha polls. She was highly influential among the youth due to her active and impressive presence on social media. Her decision came after the party reinstated 8 party workers who were previously suspended for misbehaving with her in Mathura. She felt let down by the Congress. There was also news that not receiving a ticket to contest from Mumbai North was one more reason for her resignation.

Although this happened very early, in 2011, this was big blow to Congress in Andhra Pradesh. Jaganmohan reddy, the son of AP’s beloved leader Rajashekhar Reddy was a youth icon in the state. After his father’s death in 2009, Jagan wanted to become the CM. but the high command chose Rosiah instead. From then, the young leader distanced himself from the party and in 2011 called it quits to launch his new party YSRCP, named after his father. This led to Congress losing its foothold in AP.

He was another young Congress leader who left the party in 2019. He was the president of Tripura Congress and he left the party on the grounds of his Pro- NRC stand which clashes with the party’s anti- NRC ideologies. He also said that there was a lot of corruption and groupism inside the party which led to wrong people coming into the power. He also said that he tried to stop them, but he was alone in his fight and had to ultimately quit.

Kalita was a senior leader of Congress from Assam. He quit the party to join BJP in 2019 due to ideological differences. He was also a Rajyasabha MP chief whip. His resignation was to protest the Congress party’s stand on the matter of abrogation of Article 370 and the bifurcation of the state of Jammu and Kashmir.

The present medical education minister of Karnataka was elected as the MLA of Chikkaballapur constituency from the Congress during the coalition government in the state. He was very popular in the region and among the media for his poise. However, owing to the differences in the party due to their association with BJP, Sudhakar joined the list of MLAs who resigned and caused the downfall of the Kumaraswamy government in 2019.

Jarakiholi was the primary reason for the tumble of Congress-JDS government in Karnataka last year. After being dropped from the cabinet, he was very unhappy with the Congress leaders and announced he would soon quit the party. He also alleged that his brother Satish Jarakiholi had cheated him and was also the cause of dissidence in the Congress. His loyalists followed him as they submitted their resignations soon after.

For now, Sachin Pilot (Rajasthan leader) has confirmed that he is still a member of the Congress party and wouldn’t join BJP. But the threat doesn’t stop there. If Congress doesn’t make amends inside their party and high command soon, we might have to witness the complete collapse of the grand old party!

HOW FAR HAS OUR SKILL DEVELOPMENT MISSION GONE IN 5 YEARS? AN EVALUATION