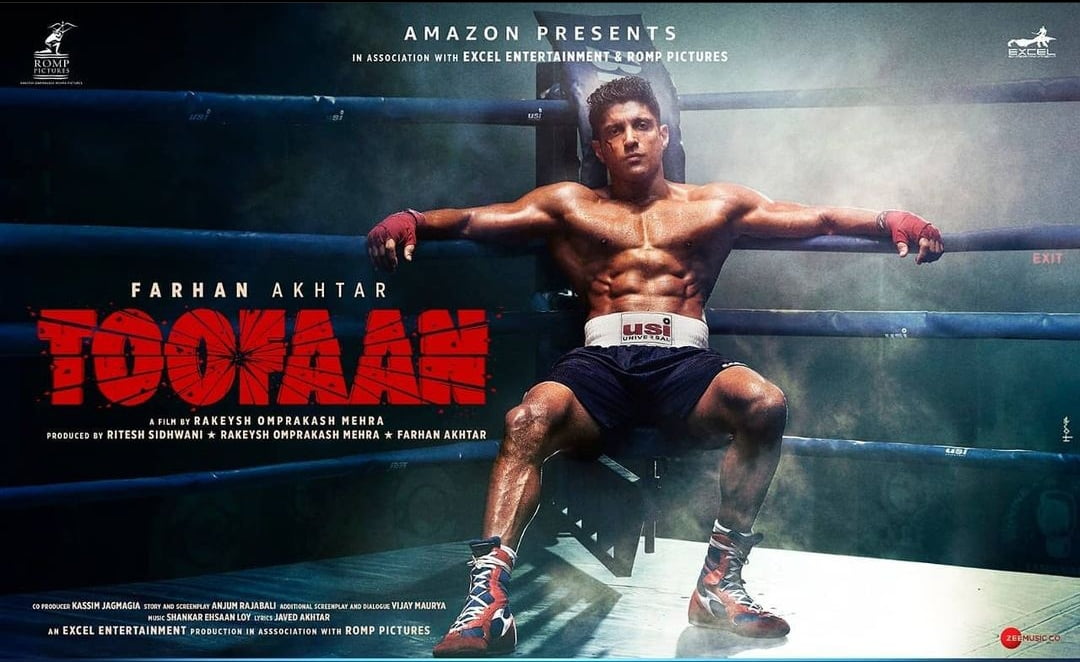 Netizens took to Twitter on Saturday 10th of July with the hashtag boycottToofan in a bid to stop the upcoming Farhan Akhtar starrer Toofan, stating that it portrayed the so-called ‘Love-jihad’.

The story of Toofan revolves around boxer Aziz Ali played by Farhan Akhtar, with a generic and optimistic plot of the fall and rise of the protagonist. The fact that the female protagonist is a Hindu woman who is married to a Muslim man is the bone of contention that irked a certain section of the society calling it out as a portrayal of love jihad. Many twitterites lashed out at the movie as well as Farhan Akhtar who is seen to be vocal against the present regime.

Some of the tweets read boycott anything which stands against the culture and values of India. Boycott love jihad and Toofan movie. Some even took a dig at Farhan Akhtar’s Participation at the Anti-CAA protests with tweets, “he had boycotted CAA, now it’s our turn to boycott his film. Let him feel the heat.”

Love jihad: Love jihad is a fancy and unofficial word often used by radical Hindu extremists. It is an idea which argues that Muslim men deceive women, convert them to Islam through love marriage. Now you get the gist of the tweets against the movie Toofan. Prominent among the people tweeting this hashtag included Arun Yadav state IT and the social media head of BJP in Haryana.

The concept of love jihad came into the limelight in the year 2009 in Kerala and Karnataka. Love jihad finds its roots in colonial India where a Muslim bureaucrat in Kanpur was accused of abducting and seducing a Hindu girl and forcing her to convert, this further made its way into the parliamentary debate. The love jihad concept stems from the notion of the Hindus that the Muslims are carrying out war to dominate the nation. This has further been painted to make people believe it to be a threat to the nation.

With the “mob rule” in place in certain states, the minorities have been at the receiving end. There are instances where interfaith couples are publicly thrashed and morally policed by Hindu mob vigilantes on the pretence of love jihad. This further has created a hindrance to the inter-faith relationships and marriages and an obstacle to the progressive nature of society. The spike of mob violence against the Muslim minorities has entrenched fear among the individuals of the Muslim community to step out and form a relationship with an individual of other faith.

The total Muslim population in India is around 16% and Hindus around 80%. Out of 20% of all other religions even if we assume 4% to be Muslim males and they convert Hindu girls with love marriages, it would take centuries to even become 51%, of the total population. So where exactly is the threat is the question to be posed.

The call to boycott the Toofan movie also draws one’s attention to another phenomenon: Cancel culture. Cancel culture is a recent internet phenomenon that cancels out any individual, work or any aspect which seems to be offensive to the public. Bollywood movies have borne the brunt of the cancel culture in a conservative nation such as India. The popular incident being the Padmaavat movie, where director Sanjay Leela Bhansali was slapped and his sets attacked by the members of Karni Sena, claiming that he had planned obscene scenes of queen Padmavati which hurt the sentiment of the Rajputs.

With the advent of social media platforms, it has been amplified with hashtags, posts and calling out of individuals on a mass scale. This practice is more toxic in India because it is backed by a mob that relentlessly works to cancel out even the slightest of things that might oppose its conservationist culture.

The one skill that EVERYONE must know