WHAT YOU SHOULD KNOW ABOUT BUNYA OR TICK-BORNE VIRUS 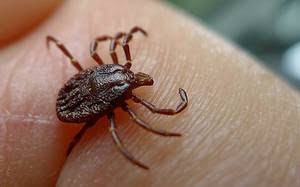 Looks like 2020 isn’t giving us a break! As the world is struggling to control corona virus, a not so new virus is spreading in East China. The new disease as identified as ‘Severe Fever with Thrombocytopenia Syndrome’ (SFTS) or Huaiyangshan Bunya virus as it is caused by a novel bunya virus. The virus is now transmitted via tick bites and has so far led to the death of 7 people and has infected 67 people. According to the Chinese scientists, this virus, however, is not new and they had isolated the pathogen in 2011. They have also warned that the virus can be transmitted from person to person.

Based on previously available evidence, Sheng Jifang, an expert on the virus has said that the virus can be transmitted from infected animals or people to others via blood, respiratory tract and wounds. The disease is believed to have been transmitted to humans via ticks. Ticks are actually micro sized parasites who usually feed on warm blooded animals (mammals) and sometimes on amphibians and reptiles, from their larva stage to their death. They usually breed in summer and that is when tick bites increase and thus could caused this virus to become a local epidemic.

Tick bites, by themselves are not considered to be harmful, but they can carry virus and bacteria from other host bodies which might infect the person it bites.

This novel bunya virus was first discovered in 2009 in Henan province (Central China) and Anhui province (Eastern China). The fatality rate which is 1-5%, mostly puts older people at threat as they are more likely to get sick and lose their lives. The mortality rate however is between 12-30%. Although the pathogen is identified and isolated, there is no specific medicine or vaccine discovered yet. The best thing to do is to get treatment as soon as one knows they are infected.

Three years ago, a patient who was infected by the virus and had infected 16 people who had come in contact with his dead body. Because of severe infection, he was bleeding profusely and thus people got infected. One of them later died. This is why medical personnel and family members of the patients affected by the virus should be extra cautious and take all the preventive and protective measures. Some cases of bunya virus was also previously identified inn Korea and Japan.

Fever, coughing, headache, fatigue and muscle ache are the major symptoms of the disease. It also results in low thrombocytopenia which is a low platelet count, leukocytopenia or low white blood cell count, gastrointestinal problems, neurological abnormalities and coagulopathy. If the patients are mildly infected, they can mostly heal but if the infection is severe, they might suffer from multi organ dysfunction or failure.

To prevent the contraction of infection, people should avoid visiting jungles and bushes during summer season when the ticks are breeding actively as they are mostly found in mountain regions living on grass, trees and shrubs, says experts. Tick bites, although are a major transmission route, they say that there is no need to panic about it and just have to remain cautious.