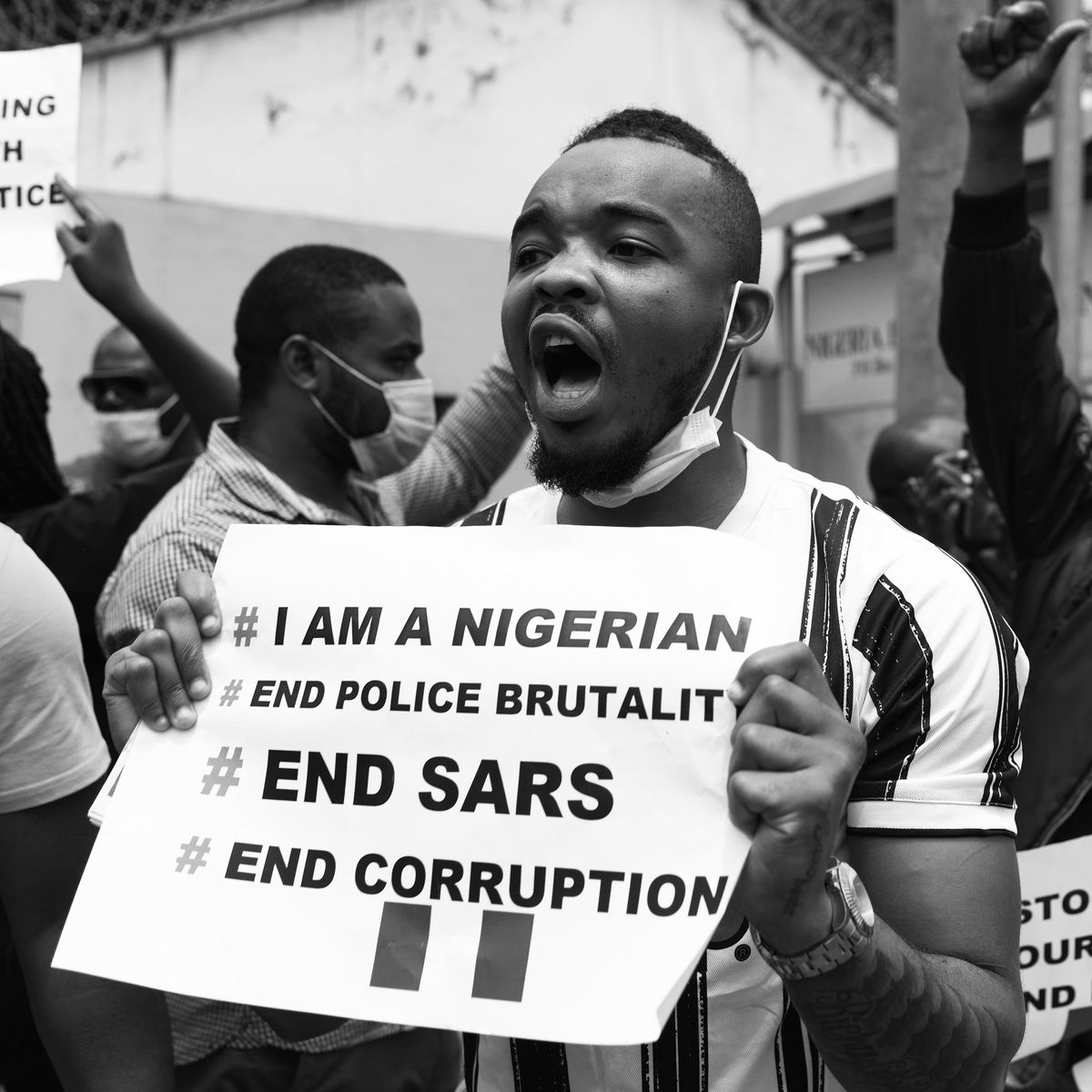 #Nigeria has seen wide demonstrations since past two weeks, as young protesters raise their voice against the #police brutality. The protests mainly started after a video went viral, showing a man apparently being beaten by police officers from the #Special Anti-Robbery Squad (#SARS). #AmnestyInternational released a statement saying that, there are ‘credible but disturbing evidence’ on the extra judicial killings and unlawful arrests being meted out in Nigeria by the SARS.

SARS is a #special branch of the Nigerian police force that was created in 1992, to deal with crimes associated with robbery, firearms and kidnappings. Initially the team was helpful as it curbed and reduced violent crimes. But recently, the unit has been ‘turned into #banditry’ and a breeding ground for torture and illegal activities. According to a June 2020 report, the SARS officers continue to commit human rights violation. There are over 82 cases of torture, wide #ill-treatment and extra judicial executions being carried out by the #controversial unit.

As thousands of protesters demonstrate across the country under the banner of #EndSars Movement, it is becoming a trend in social media platforms. BBC has recently reported about the circulation of ‘#misinformation’ in Instagram, Twitter and Facebook, that is further aggravating and worsening the situation.

The Nigerian government announced the banning of Anti-Robbery Squad on 11th October, 2020. President Muhammadu Buhari said that, “The disbanding of SARS is only the first step in our commitment to extensive police reform in order to ensure that the primary duty of the police and other law enforcement agencies remains the protection of lives and livelihood of our people,”

There has also been news about the formation of a new Special Weapons and Tactics (#SWAT) team, replacing the SARS. However, the protesters are not satisfied with it and called out for a wider reform to ‘end abuses and bring respect for #human rights across Nigerian police force.’

They are also demanding for an independent body to monitor and regulate the investigation persecution of ‘#police misconduct’, ‘psychological evaluation and retraining of all disbanded SARS officers before they can be redeployed’; and an ‘increase in police salary, so that they are adequately compensated for protecting he lives and property of the citizens’.

Famous personalities like #Rihanna, #Beyonce and #Kanye West have expressed their disdain over the growing brutality in Nigeria. Politicians like the US Presidential candidate, Joe Biden said, “I urge President [Muhammadu] Buhari and the Nigerian military to cease the violent crackdown on protesters in Nigeria, which has already resulted in several deaths. My heart goes out to all those who have lost a loved one in the violence. The United States must stand with Nigerians who are peacefully demonstrating for police reform and seeking an end to corruption in their democracy.”

Demands for abolishing the controversial SARS are also followed by the need of the government to reform its laws and escalate the quality of life for all Nigerians. The country has also recorded large number of people living in #extreme poverty in the world and the growing #unemployment rate.

Police brutality is alarmingly growing across the world, as recently there were similar accounts reported in USA, Hong Kong and India. Though there are strict international laws and standards governing ‘how’ and ‘when’ police can use their force, the boundary of distinction is pushed beyond. However, as Amnesty International rightly puts outs, “The most important thing to remember is this: it is the utmost obligation of state authorities, including police, to respect and protect the right to life.”

Therefore, ending #police brutality and #unlawful killings are global concerns and no longer a national dispute only. The impunity of such violence and force should stop as it stifles with our rights to live a quality, safe and healthy life.