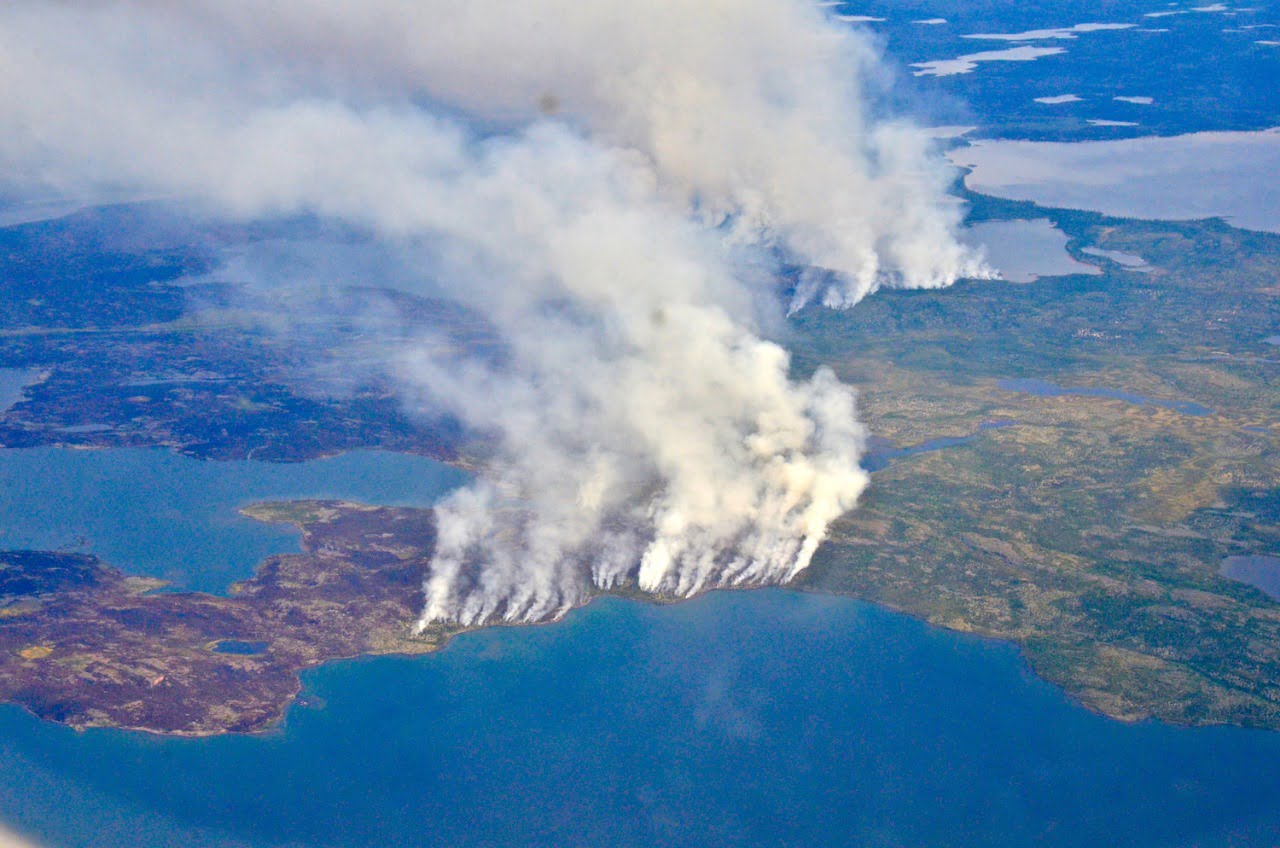 The disasters of 2020 seem to not have an end at all. With everything that is happening in the world, the most dreaded global warming has now cast its effect on the arctic forests. The wildfires have now set an all time highest pollution record as areas of Siberia, Russia, Greenland and Canada are being consumed by the fire. Although these fires are common in the Arctic regions around this season, this year’s hottest summer temperature and the strong winds around the region have caused the fires to plummet to dangerous levels. To provide a better picture, this year’s fires are 3 times higher than the fires of 2018 and are actually visible from space.

The scorch is so intense that now the Arctic is warming up twice as faster than the rest of the world. Easter Russia and Alaska are the worst affected as more than 3.3 million hectares of land being burnt. Thick smog has engulfed the cities and breathing difficulties are experienced by people living in nearby cities. Lightning strikes may also have been one of the major reasons for the blazes and millions of hectares of land is also being burnt in Alaska and west coast of Canada.

“We always expected the Arctic to change faster than the rest of the globe,  but I don’t think anyone expected the changes to happen as fast as we are seeing them happen” said Walt Meier, a senior research scientist at the University of Colorado. This process is known as Arctic amplification. The seasonal snow cover is not as white as before and is absorbing more sunlight. This in turn is leading to the faster warming process, according to National Oceanic and Atmospheric Administration. The temperature in Siberia was hotter by 5 degree Celsius than normal this June and they also experienced a winter that was warmer than usual. The entire world also experienced a summer that was more than half a degree hotter in June 2020. As already mentioned, this rise and dry winds are accelerating the burning of forests.

The immediate impact of the fires is alarming. They are estimated to have already released more than 59 megatonnes of Carbon dioxide across Siberia. The main problem however is that these fires impact is not just on the ground but on the whole atmosphere. Harmful pollutants and poisonous gases are being released into the atmosphere as the fires are burning.  Satellite images show thick smoke around the surrounding areas of Arctic that are very much distinguishable from the regular clouds.

NASA has detected enormous amounts of soot in the smoke resulting from the fires. The soot when inhaled can be extremely fatal for human beings and animals once it enters the bloodstream.  When the soot falls on the snow, it can also speed up the process of Arctic amplification. Along with the CO2 emission in Siberia, between 1st June and 27th July, more than 100 megatonnes of previously stored CO2 and methane – carbon stocks have been put out by these fires in total. This amount is equivalent to the CO2 emissions of a lot of countries throughout a year.

The fires are harmful to the Arctic regions themselves. The landscapes in these regions are made of ice and are too cold and wet for fires to burn. Thanks to the increased global warming and greenhouse gases in the atmosphere, the whole Arctic regions is going through rampant undesirable changes. These changes will result in a series of dangerous consequences globally. According to National Geographic, the regular fires are also altering the Siberian ecosystem. If these fires burn every year, new species might colonize in the region and would make way for more forest fires. The increased intensity and duration are also releasing the carbon matter that was previously trapped in frozen organic matter by melting it.

To add to the worry, the fires aren’t showing any signs of slowing down soon. Vladimar Putin, the President of Russia has ordered the army to help tackle the fire in Siberian regions. The republics of Buryatia and Sakha have declared emergencies. Flights and helicopters are being used to put out the fires. There were concerns on Twitter that the Russian government is not doing enough to tackle the fires. Hashtags like #putoutthesiberianfires and #savesiberianforests are now trending.

Citizens are complaining that the burning of Notre Dame in Paris received more media attention than these fires and it is not fair. Many animals have lost their lives and homes in this fire and humans are adversely affected too. Mr Donald Trump, the US President has also offered his help to Russia to put out the fires.

This wildfire is one of the many warning signs that has been seen in the environment due to global warming and climate change. Neither the people nor the world leaders are still considering the climate change as a serious problem. We are all daily contributors to global warming and it is in all our hands to make some changes to increase environmental sustainability. We only have one earth and we must act rightly to protect it.