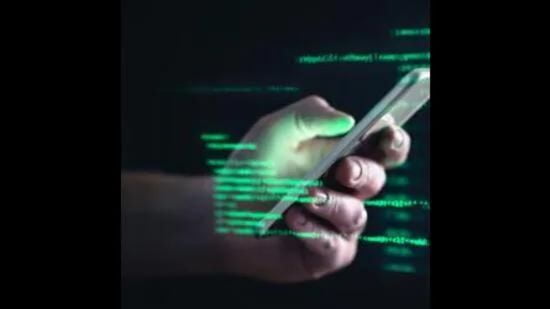 The growing menace of what is being described as “sextortion” by organized gangs using social media accounts has come under the spotlight. Cyber police sources said that in sextortion matters fraudsters pose as policemen or falsely take the name of YouTube to put victims in fear so that they could extort money from them. By definition, sextortion is a crime wherein a victim is blackmailed using sensitive, and in most cases, morphed videos or photos. In a relatively new form of sextortion, police across states have observed yet another modus operandi – a person receives a video call from a new acquaintance or from a stranger. As soon as the call is answered, the person on the other end strips their clothes. The caller is then blackmailed with a screen recording of this call which makes it seem like he or she was watching the other person strip.

It was in October 2021, It was on a dating app that Ajit began talking to a woman named Renu. The two of them exchanged numbers after a few days of texting. “I received a WhatsApp video call the day after we had exchanged numbers.

I answered it and to my horror saw that the woman on the other end was stripping her clothes. I cut the call within seconds, but that was enough for them, they had edited it to look like I had taken part in the act and was on the video call for quite some time,” Ajit recalled. The video was then used to blackmail Ajit to pay them Rs 2000. Even after paying Rs 1000, He was continuously blackmailed for more money, which he refused. Ajit later blocked her on the advice of a friend. In Mumbai, a 47-year-old Santacruz resident was duped to the tune of ₹12.24 lakh. Posing as officials from YouTube and Delhi police cyber cell, a gang extorted money from him by blackmailing him with a video they had recorded while the complainant was having a conversation over a video call with a woman he recently befriended on Facebook.

There were three video calls between the complainant and the woman the same night and during the conversation, the woman was naked. She had also managed to convince the complainant to take off his clothes. After a few minutes, the woman called him and said that she had recorded their video call conversation and threatened to upload it on various social media platforms if he didn’t pay her. As per her direction the complainant first transferred ₹20,000 in a given bank account,” said a police officer requesting anonymity.

A few days later the complainant received a call from one Manjeet Singh Rathod, who identified himself as an officer from the Delhi Police cyber cell. Singh also shared one YouTube executive Shrikant’s number with him and asked him to call and get the matter resolved. When the complainant called Shrikant, he asked him to pay money to get the video deleted from YouTube. He transferred the money per the directions.

A few days later, Singh again called the complainant and asked him to speak to his senior Mahindra Swami.  Swami asked the complainant that they are registering a murder case against him and if doesn’t want that to be happened then pay them off. Feeling that he is badly trapped in a police case, the complainant transferred money to Swami as and when he demanded, the police said.

This continued for a few weeks and the accused person kept on demanding money. He finally approached the Cyber police and on Wednesday filed an FIR. The police have registered a case against the accused people under relevant sections of the Indian Penal Code and Information Technology Act for extortion, cheating, impersonation, etc. 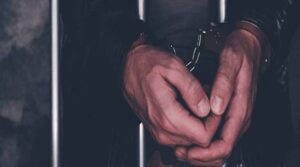 In March 2021, a 26-year-old civil service aspirant, Avinash BS, from Bengaluru’s KR Puram area, died by suicide after he was repeatedly blackmailed by extortionists. They had blackmailed the 26-year-old into paying them Rs 36,000 in multiple transactions and continued to demand more.

The scammers, unaware that Avinash had taken his own life after their blackmailing, reached out to his sister, posing as Avinash’s friends and asked for his whereabouts. His sister grew suspicious as all of Avinash’s friends were aware of his death and gave them the number of her nephew. They then began texting the new number asking for more money. That was when the reason behind Avinash’s suicide became clear to the family. In Tamil Nadu too, several cases of sextortion have come under the police scanner. milarly, the city of Pune alone saw more than 1,400 reported sextortion cases so far this year, according to Minal Patil, Cyber Police Station Inspector in Pune.

While the face of these scams have been women in most cases, the gangs are run and operated by men. Once the initial nude video call has been made, the scammers keep calling back posing to be police officers and even YouTube employees and demand money on the pretext of getting rid of the police case or deleting the video from YouTube. According to a report by the Indian Express, Mumbai had 54 sextortion FIRs registered in 2021 whereas 47 FIRs were registered in the first six months of 2022.