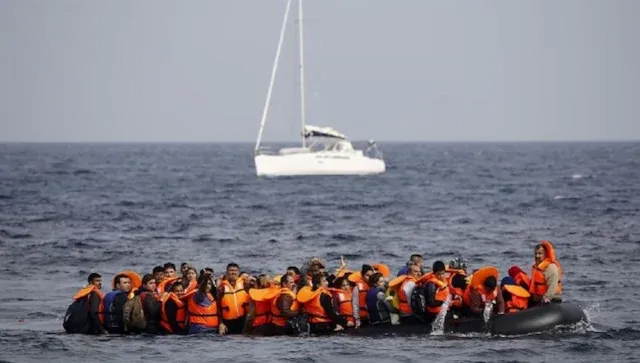 Another tragedy occurred on Monday (17th August) in the Mediterranean Sea as a boat carrying dozens of migrants capsized in the sea off Libya. At least 45 people are presumed to have drowned, missing and dead, the UN said on Wednesday (19th August). The fatalities of the capsizing is said to be the largest in a single shipwreck off the North African coast this year. The boat was carrying 82 migrants and 37 of them have survived. The survivors are from Senegal, Mali, Chad and Ghana and were rescued by local fishermen. They were later detained by Libyan officials onshore, according to a statement by International Organization for Migration (IOM) and the UN refugee agency. The fatalities also included 5 children, according to the survivors.

Alarm Phone, an independent support group for migrants crossing the Mediterranean has said that it received a call on Saturday from someone on a migrant vessel “panicking and screaming” that passengers were about to die. They also said that among the migrants there were five women, two of them pregnant and were all panicking as the boat engine had stopped working and they did not have any food or water. The organization alerted Libyan, Maltese, Italian and Tunisian authorities and provided them with the necessary details of the boat. It is still not clear if both of these were the same vessels.

The UN agencies in their statement said, “We urge states to swiftly respond to these incidents, Delays recorded in recent months, and failure to assist, are unacceptable and put lives at avoidable risk.” The previous tragedy had occurred in June off the coastal town of Zawiya, 30 miles away from Tripoli, the capital. A dozen people were reported to be missing and later feared drowned.

Libya has become a major transit point for African and Arab migrants who flee to Europe to escape war and poverty since it fell into chaos after the 2011 uprising which was responsible for the toppling and death of their long-time dictator, Mohammad Gadhafi. The population boom of Africa is said to be one of the reason why many sub Saharan country people are migrating to Europe. They are also facing the problem of extreme poverty, food insecurity, and the predatory behaviour of their authoritarians. Some of them are also forced to seek refuge in other countries within Africa or outside the continent in Europe as they are displaced by jihadist groups such as al-Qaeda. People hailing from countries like Pakistan, Bangladesh and Eritrea who migrated to Libya are also fleeing from there to escape being slaves in Libya.

These migrants set sail in ill equipped, unsafe rubber boats through the dangerous Mediterranean Sea. According to IOM’s data from March, there has been more than 20,000 deaths among migrants who tried to cross the Sea since 2014. This year alone, more than 7 thousand immigrants are said to be intercepted by Libya’s coast guard and returned to Libya and at least 302 of them have died according to UN agencies.

Europe, specifically Italy has brought out a policy which is mainly concerned with blocking the departure of migrants travelling to the country without addressing the migrations reasons properly. The European Union has also partnered with coast guard and other Libyan forces to control the migration. This has reduced the arrivals in Europe since 2017 but hasn’t proven to be a stable solution as it has given rise to further internal problems in Libya. Those who are intercepted and thrown into overcrowded detention centres where they are left at the mercy of brutal armed groups without adequate food and water. the migrants are also said to suffer from physical and psychological abuse, as well as extortion at these centres. While there are 30 official centres there are a lot of unofficial detention centres.

According to numbers from 2018, there were more than 700,00 migrants in Libya which included 50,000 asylum seekers and 165,000 internally displaced people. The UN high Commissioner for Refugees had begun to relocate asylum seekers to Europe, but the operation was soon stalled. Earlier this year, the European Union agreed to end an anti-migrant smuggler operation which involved surveillance aircraft and will now deploy military ships instead to concentrate on upholding the UN arms embargo that is believed to be the key to wind down Libya’s the unbated war in Libya.